Since Feb. 7, the Toronto Maple Leafs have won just two hockey games. They've lost 12 games over that stretch (one in overtime) and have fallen clear out of the Eastern Conference playoff race. General manager Brian Burke fired his head coach as a hopeful remedy, but three games into the Randy Carlyle era, it's looking like the move was too little, too late.

Somebody at MasterCard Centre, the Leafs' practice facility in Toronto, realizes this. What once was a tack board displaying the Eastern Conference playoff picture has found a new home. It's not on a wall. 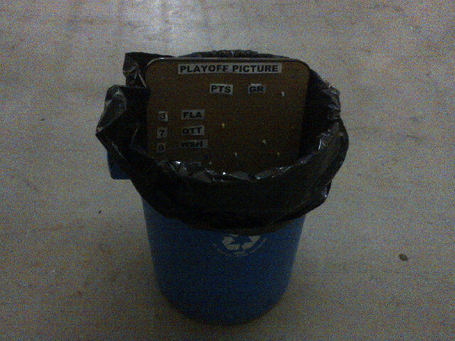