Considering the Union College Dutchmen have been the top team in ECAC hockey all season long, and considering they entered the 2012 NCAA men's hockey tournament as a No. 1 seed, it's tough to directly compare their situation to that of a successful mid-major during March Madness basketball.

Nevertheless, when you attend a small, hockey-crazed school in upstate New York that has never advanced to a Frozen Four, you're going to party when you finally do advance. That's what students at UC are up to on Thursday, rooting on their team from the cozy confines of Messa Rink, home of the Dutchmen. 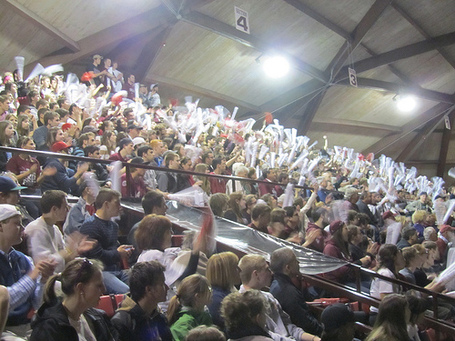