The Sacramento Kings and the Los Angeles Kings have a lot in common. They both play in California, they both have purple, black and silver as their colors, they're both called the Kings. But there's also a lot they don't have in common.

For example: One plays basketball, one plays hockey. These are different sports, you see. You'd think the local Los Angeles NBC affiliate would understand that the two teams are completely different, and that their local hockey team is actually the favorite at this point of the Stanley Cup Playoffs, but alas ...

Via @LAKings, who continued to prove they're the best by actually tweeting this themselves: 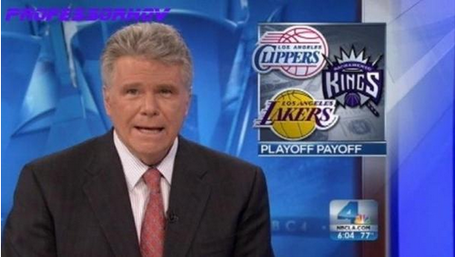