SB Nation's collection of hockey bloggers have teamed up to vote for the 2012 NHL Awards. Over the next several days, we'll reveal our winners for seven different league awards. First up on Monday: the Vezina Trophy.

The Vezina Trophy is awarded annually to the best goaltender in the NHL. Here at SB Nation, bloggers from our 33 hockey blogs have cast their own ballots for the award. 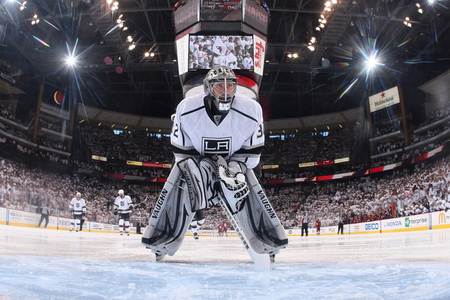 Here's the full points breakdown -- not votes, points, based on the criteria detailed above. Three points for a first-place vote, two points for a second-place vote and one point for a third-place vote:

Be sure to check in with your favorite SB Nation hockey blogs to see how writers covering each team cast their ballots. Check back on Tuesday as we announce our winner of the James Norris Memorial Trophy, awarded annually to the NHL's top defenseman.