Pat LaFontaine and Ted Nolan will both give Sabres fans warm and fuzzy feelings about their hockey team once again, but are they the right men to turn the ship around?

With the Buffalo Sabres owning the NHL's worst record -- 4-15-1 with just one of their four wins coming in regulation -- team owner Terry Pegula finally made the decision to fire Darcy Regier and coach Ron Rolston Tuesday, and elected to bring in Sabres icons Pat LaFontaine and Ted Nolan to try and right the sinking ship.

Now, the question is, what do the moves really mean?

Certainly, through 20 games this year, the Sabres have been a lethal combination of being a poorly constructed hockey team that isn't very exciting to watch.

The Sabres have been outscored 27-3 in the first period this season, been outshot an average of 37-25 -- league worst in those categories -- and have only managed to hold more than a one-goal lead for 2:46. In the entire season. It's a club that has consistently fallen behind early, gotten outplayed for long stretches and generally needed its netminders to keep them in razor-thin contests. 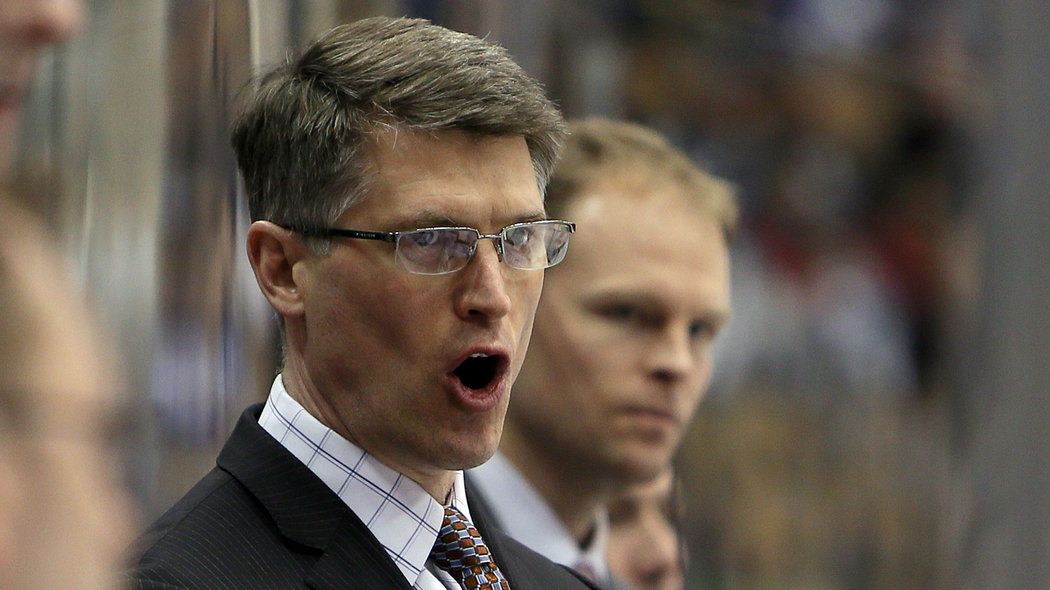 Sabres fans at Die By The Blade react to the news.

Fans at Tuesday's 3-2 shootout win over Los Angeles were as quiet as any in recent memory at First Niagara Center, a good hockey venue in a good hockey town that has playoff hockey in its not-too-distant memories. But the Sabres were outshot 45-17, outplayed just as badly and needed Ryan Miller to keep them hanging around enough to salvage their first home win of the season (1-8-1 through 10 games).

But even when the scoreboard asked for "NOISE" in the second period, there was absolutely no reaction whatsoever from the fans. Fans gave a Bronx cheer for the late-arriving first shot on goal by Buffalo, and were uncharacteristically lethargic through 65 minutes of play. Even as the Sabres were able to win the game with a decent finish, the crowd paled in comparison to games in the past, certainly worn down by a terrible start to the campaign.

The move to bring back LaFontaine and Nolan will help try and at least generate some excitement for a fan base that has had little to cheer for so far this season. Even with the Eastern Conference's sluggish start, Buffalo is 11 points out of the last Wild Card spot -- likely needing at least 81 points in 62 games to get in playoff conversation -- and will spend the rest of the year figuring out how to rebuild the club that Regier built, one that's top-heavy on bad contracts and light on talent performing up to expectations.

The Sabres have to clear some bad contracts through trades or buyout, which won't be easy, and therefore have to lose players to try and get better.

"I think it's a philosophy and a direction," LaFontaine said. "Not only do you want to change the culture as far as where you see this team going, but its in the locker room, the front office and the hockey department that they want to be part of culture change together. ... We've got a lot of work in front of us. We have to be patient, smart, selective. It's not going to happen overnight but I can tell you this, we'll get the right people and still filing the holes and the environment will grow."

Nolan is famous in Western New York with his work done with the 1996-97 Sabres club, one that was also light on talent but managed to win the Northeast Division with a 40-30-12 mark following missing the playoffs the year before.

And certainly, Nolan said at the press conference, the team needs to work hard and be entertaining, emphasizing that fans should feel they got their money's worth in what they spent for tickets.

"We're in the entertainment business," Nolan said. "We have to entertain. ... The bottom line is to compete so the fans leave here and don't feel cheated, don't feel like they wasted whatever they paid for their ticket."

Nolan comes in on an "interim basis," according to LaFontaine, who will let whomever is ultimately appointed as the general manager make the final call on the coaching staff.

This isn't Ted Nolan's old Buffalo Sabres club, the one that was backstopped by a Dominik Hasek entering the prime of his career, not to mention under contract. While Miller has been stellar despite the lack of support -- his 43 saves were the only reason the Sabres avoided joining the 1983-84 Pittsburgh Penguins as the only NHL team without a win in its first 10 home games Tuesday night -- he is a pending unrestricted free agent, and little indicates he will be in Buffalo next season, or even by the end of this season.

LaFontaine emphasized the Sabres want players who want to be part of the change of culture and rebuilding, and Miller doesn't outwardly seem to want to undergo a major rebuilding project at this stage of his career.

The two new hires said the right things, evoking memories of the hard-working Sabres teams that were short on talent but not so on energy and wins. And while the two might succeed in bringing some energy back to the fan base and their players, it's going to take a lot to get the Sabres roster that has been eroding since the team's Stanley Cup runs back to where Pegula wants it to be.

They certainly said the right things to try and placate a weary fan base, but clearly, both have their work cut out for them.

• The Lightning without Stamkos: What now?

Sabres turn the page with LaFontaine