NHL Revealed: Another invitation to the outdoor party

The NHL announced the development of a 24/7 documentary series called NHL Revealed, which will profile players participating in the Stadium Series.

Share All sharing options for: NHL Revealed: Another invitation to the outdoor party

When you host a party, you're presented a golden opportunity to extend your social boundaries. "Hey, I'm having a bunch of people over, feel free to come by and invite your friends. No big deal if you can't show up, but we'll still be here hanging out. Door's wide-open."

More: All things outdoor hockey, all the time

This is the primary component to the NHL's decision to implement the Stadium Series into their regular season schedule. That was abundantly clear during the league's conference call announcing the new 24/7 style documentary series "NHL Revealed: A Season Like No Other" on Monday afternoon.

"We've been focused now for -- probably over the last six years -- in growing our global scale and business," COO John Collins said. "We talked a lot about how we needed to grow from a 2.2 billion business to [...] really being a billion dollar national business and a $4 billion business overall."

That involves getting as many people as they can to come out and bring their friends.

"NHL Revealed" is wisely building off the dynamic of HBO's "24/7" series, which provides fans with an intimate view of their favorite teams. The goal of "Revealed" is to take that a step further by profiling players in the buildup to their outdoor game and the 2014 Sochi Olympics.

"The interesting thing is we're going to be involved in this transition," Executive producer Ross Greenburg said. "Players like Crosby and Malkin will be teammates early in our series and then will be going over to Sochi and will find themselves across the ice from each other and then they'll re-join each other in March as they look towards the playoffs as teammates again." 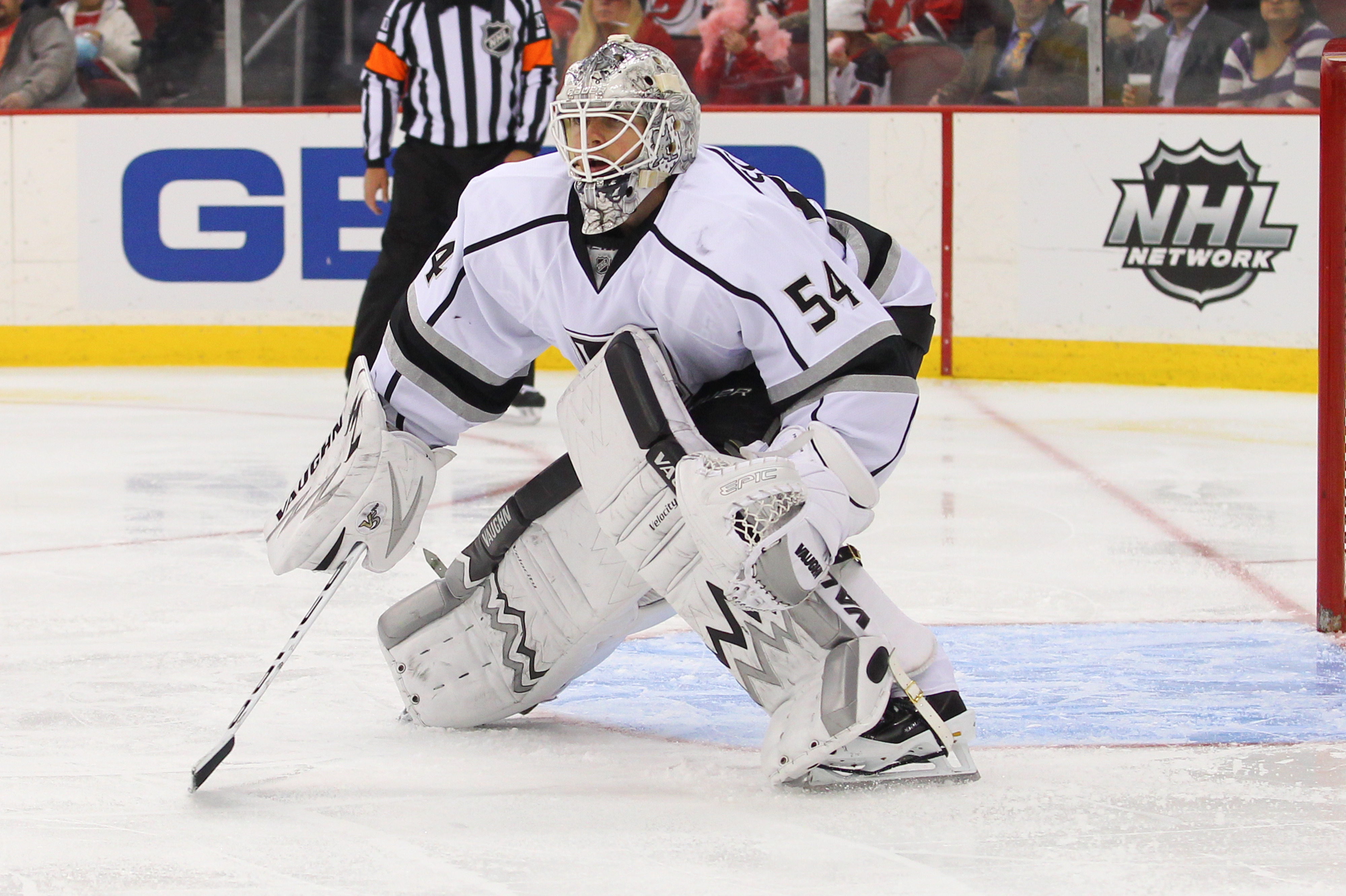 Ben Scrivens has a chance to take over the reigns in Los Angeles. Might he be the focus of a segment in NHL Revealed?

The producers stated that players profiled early in the series, such as Corey Perry or Drew Doughty, will reappear after their game at Dodger Stadium on Jan. 25 and that story lines developed early in the show will be followed until the series' completion.

In a nutshell, it's the league providing their fans more content so that they increase attention on the game as a whole.

Since the announcement of the expanded outdoor schedule, many have commented about the potential of watering down the product. Too much of a good thing can be too much sometimes and a golden goose can be overcooked. That's the prevailing fear with the Winter Classic and it's new baby brother (or sister) in the Stadium Series.

But, this isn't about duplicating the event and cashing in on the Winter Classic's success; this idea is about having a party. This is an excuse for the NHL to make a big deal of itself and invite those people they never had a chance to hang out with before because they never had a reason.

These are not coincidences, they are invitations to come to a party where the door is wide-open. NHL Revealed is just another way for the league to tempt people to walk through the door.