Less than a day after the announcement of the behind-the-scenes show, the plots of NHL Revealed's six episodes appeared on an online reference site.

On Monday, the National Hockey League announced NHL Revealed, an upcoming mini-series focusing on the players participating in the four outdoor Stadium Series games and the Heritage Classic outdoor game in 2014. Fans immediately wondered what secret revelations about their favorite teams and players will be put on display beginning with the first episode on January 22nd.

But some eagle-eyed watchers may have gotten a sneak peek that the NHL did not intend.

A few hours after the announcement, a page about NHL Revealed -- including in-depth plot points of all six episodes -- appeared on the online reference site, Wikipedia. The wiki page detailing the situations and conflicts the players will face in the different episodes spanning three months, five games and the Sochi Olympics.

The page was pulled down almost immediately, and representatives from Wikipedia would not return e-mail inquiries about the page. It's unknown who posted the information, how they could have known about shows that haven't aired yet or even if it's correct. None of us will know that until NHL Revealed airs in January.

SB Nation was able to capture a screenshot of the page, which we've preserved for you below. Click to enlarge. POTENTIAL SPOILER ALERT. 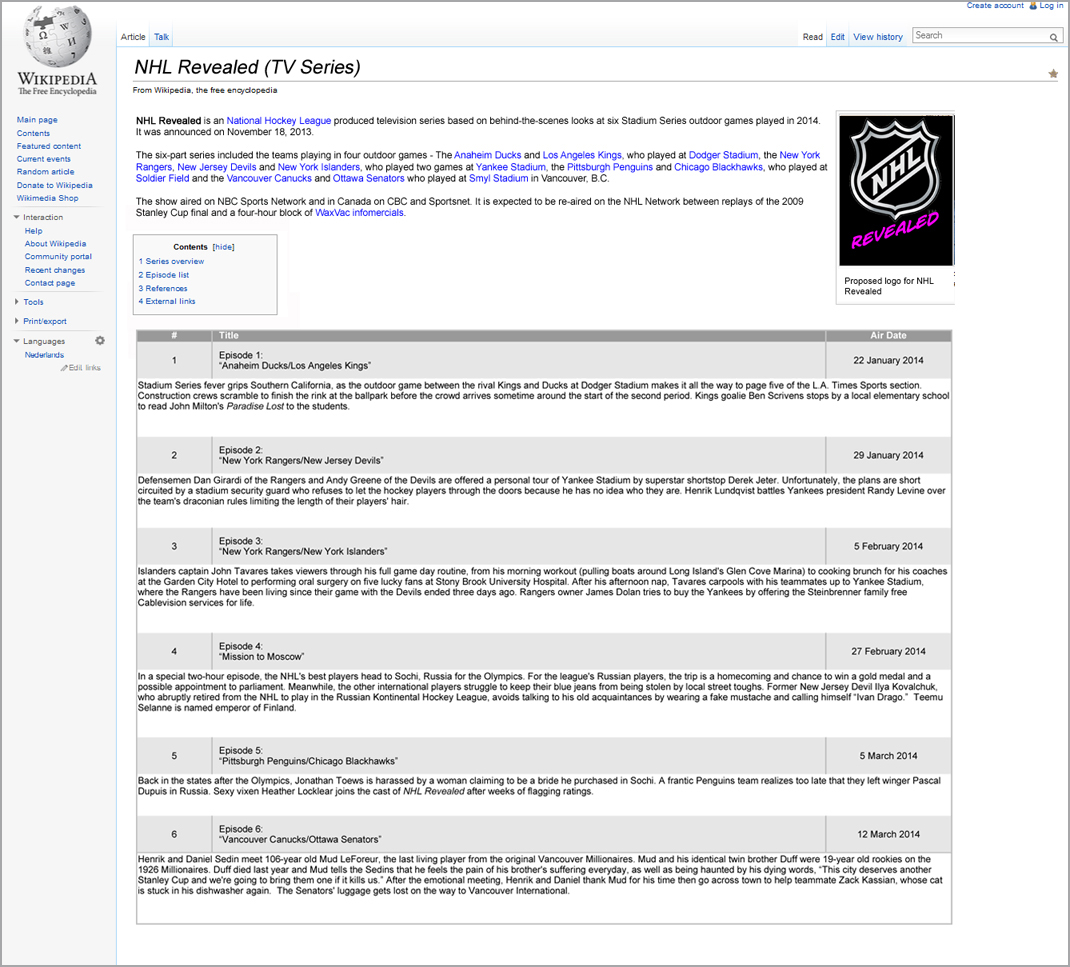 This is satire. The wiki page didn't really happen. These Russia jokes are gonna keep coming until the Olympics are over.