Has the fun been drained from Alex Ovechkin's game?

Alex Ovechkin isn't having fun playing hockey anymore, and it's affecting both his game and the Washington Capitals.

Share All sharing options for: Has the fun been drained from Alex Ovechkin's game?

When Alexander Ovechkin arrived in the National Hockey League in 2005, he brought with him a new breed of superstar quality, with speed, skill, and most noticeable from a Russian player, enthusiasm.

Unlike most players, he could score, make a big check and dazzle fans with his moves, creating a highlight-reel resume that left defensemen and goaltenders in his wake. He seemed to relish in the spotlight, showing off a playful and humorous side while also creating a new goal celebration of crashing into the glass that became his signature move.

Ovechkin, quite simply, had built a reputation early in his career of a player who had fun at the rink, showed off his trademark flash and dash on a regular basis and seemed to have a good time at his job.

But, in recent years, that reputation has changed. And some who know the Russian star well acknowledge he is taking strong criticism to heart, and add it seems to have impacted one key element of his game: Having fun playing.

The star's reputation hit a crossroads in February 2010, as while the Capitals finished off a club-record 14-game winning streak shortly before the Vancouver Olympic break, a confluence of events slowly changed the image some had of Ovechkin. 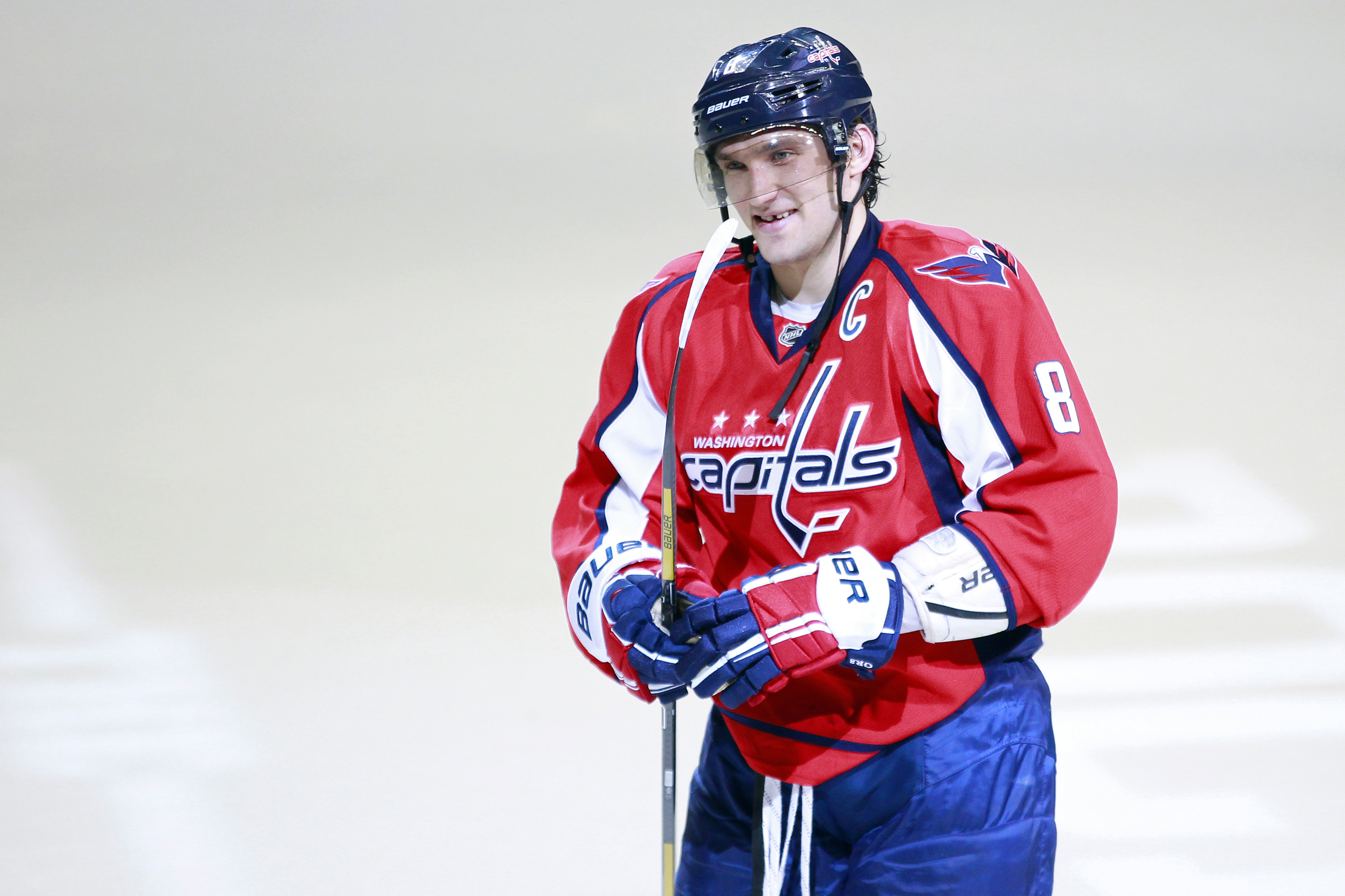 Capitals blog Japers' Rink pinpoints when everything changed during the Ovechkin era, and if it needed to do so.

Russia's disappointing finish at the 2010 Vancouver Games seemed to change the star's image in Canada, as while he had been largely revered north of the border, a crushing loss to the host nation and a small incident with a camera phone afterwards tweaked his reputation with some.

A month later, Ovechkin was hit with a suspension for his check on then-Blackhawks defenseman Brian Campbell -- a game broadcast nationally on NBC -- and some pundits questioned if the star was a dirty player. Then, in April, the Capitals lost to the heavy underdogs from Montreal despite holding a 3-1 series lead, and although Ovechkin played adequately in the series, he took the brunt of criticism as the team's captain.

Now, just under three years later from the Canadiens' upset, Ovechkin has gone through two more playoff eliminations, two head coaching changes, and what once was a pretty positive reputation has taken on water in the last three years.

Once lauded for his style of play, Ovechkin has become a lightning rod for criticism in recent weeks from the national media, as NBC's Mike Milbury, Pierre McGuire, Keith Jones and CBC's P.J. Stock have taken their turn blasting his performance.

Some commentators who once said Ovechkin played with passion now say he's lazy. Other analysts who once termed him a terrific teammate now question if he should even see the puck.

While some of the criticism of his play is certainly valid, some of it seems over the top, meant to help promote intermission reports at the expense of one of the game's stars. With both NBC and CBC spend a lot of money paying to show Capitals games -- a team once largely ignored by the national networks that is now a staple of regular-season national programming on both sides of the border -- it is a bit odd to see the analysts talk about what's wrong with the star they decided to air.

It's a stark contrast to the National Football League, where even stars with serious legal or on-field issues are treated with kid gloves by network analysts. They promote the game's stars, and instead of parsing together an array of one's miscues -- much was made of New York's first goal Sunday where Ovechkin didn't make a hit on Derek Stepan in the neutral zone, when the goal came off an odd behind-the-net shot off a moving Braden Holtby -- are more likely to accentuate the positive.

But instead, the networks broadcasting the NHL have apparently found a target in Ovechkin.

Milbury and McGuire -- who on the original broadcast of the Capitals-Blackhawks game in March 2010 defended the superstar's hit and said it should be a two-minute penalty at best -- less than 36 months later have changed their tune.

Milbury took to task Ovechkin's actions in a February 27 game in Philadelphia, telling him to "act like a man, for God's sake" after taking a high stick in the face from the Flyers' Braydon Coburn. McGuire took aim at Ovechkin Sunday from between the benches during Washington's 4-1 loss to the Rangers, blasting his missed check on the Stepan play. It should also be noted that when Ryan Callahan went down fairly easily from Ovechkin putting his stick on the Ranger in the slot area, that Callahan was widely praised by NBC when it was pretty clear embellishment, which is encouraged by NHL coaches, was involved. So it seems there is a double standard with the broadcasters.

The contrast was even more striking during the NHL lockout, as Ovechkin returned to Russia's Kontinental Hockey League and appeared to rekindle that spark, scoring 19 goals and 21 assists in 31 games with Moscow Dynamo. With Adam Oates bringing a more offensive system to Washington, it was expected that might carry over into the shortened 2012-13 season.

But, the lockout also had Ovechkin taking heat over comments saying he might remain in Russia, and with Washington owner Ted Leonsis on the other side of the bargaining table, it certainly was more of a pointed labor message than a true threat. He told reporters when he arrived back in January that while he had "a very good experience" playing in front of friends and family in Moscow -- even getting engaged during the dispute -- he was back even though he thought the dispute might wipe out the whole season.

Despite his play in the KHL, Ovechkin scored just twice in Washington's first 10 games as the Caps slid towards the bottom of the Eastern Conference standings. As a result, with the Caps' struggles came a renewed criticism, and certainly more pronounced than in recent years. Although part of Washington's issue is a thinner forward corps -- Ovechkin has played on lines this season with Marcus Johansson, Matt Hendricks and Wojtek Wolski, none of which are considered true top-line players -- and inconsistency in the defensive and goaltending areas, Ovechkin is still in the crosshairs as the team's top player.

Most feel it's a cumulative effect over the past few seasons, a blend of criticism of his play to the Capitals' high Stanley Cup aspirations unfulfilled to perception on how he worked with Bruce Boudreau and Dale Hunter, to the point where the recent shots taken at him don't register. But it's a marked change from just three years ago, where the star played with a lot more enthusiasm and showed more personality in the locker room. But the critics told him to be professional, and he tries to act the part now.

But that comes at a price.

From the ice to the locker room, it seems like the fun is gone. And for the Capitals, the NHL and hockey fans everywhere, it seems it would be a whole lot more fun if Ovechkin could find that enthusiasm again.