One of the more popular aspects of the Winter Classic is the uniforms worn by the participating teams.

They tend to be sort of a mishmash of the teams' various threads from the past, and the Red Wings and Maple Leafs have both gone in that tradition. I still don't think they beat the Chicago Blackhawks jerseys from the 2009 Winter Classic -- in my mind, the best of the first set of these events -- but they're pretty good. Also, the clashing colors will make it like European football, and hopefully will allow teams to go to different formats than the rigid white vs. colors in the future.

The Red Wings retro threads were described as a throwback to the early 20th century by an NHL press release:

The Red Wings will wear iconic red and antique white uniforms featuring a striping pattern and arch Detroit wordmark inspired by the late-1920s Detroit Cougars. The front crest is an early iteration of the winged wheel from the late 1930s, featuring a novelty felt appliqué with a distinct chain stitch embroidery. The custom Detroit wordmark and number system is a nod to the exclusive typeface worn by the Red Wings during the early 1980's. The Red Wings' iconic diamond shape captain patch pays homage to the team's memorable heritage and the legends who wore it over the years. 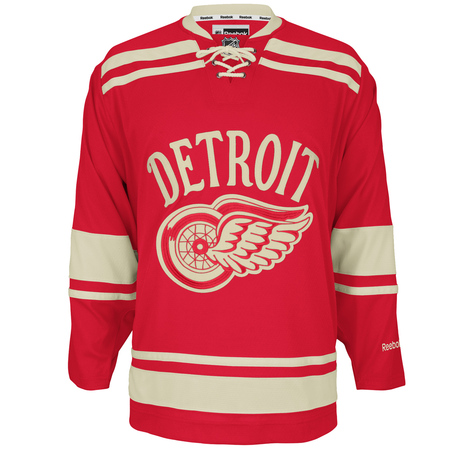 Meanwhile, the Leafs sweaters have been seen in some form or another as recently as the 1960s.

The Maple Leafs will wear a royal blue and white unique uniform design and distinct striping configuration inspired by the Leafs circa the 1930s, a time when the franchise won its first Stanley Cup as the newly named Toronto Maple Leafs. The front crest is a felt appliqué with a very distinct wordmark from the inaugural Maple Leafs logo, revealed in 1927. This particular neckline design is taken from the memorable sweaters worn throughout the 1960s and the reverse lace-up detail is unique to the Maple Leafs' heritage. The iconic running stitch detail on the number system is a tribute to the Leafs sweater from the mid-1950s. 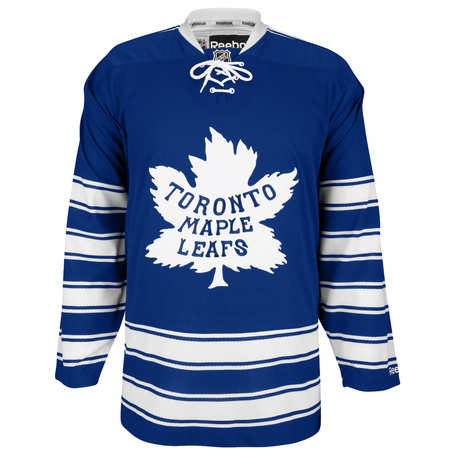 The alumni teams will wear separate, more conventional retro uniforms on Dec. 31 for the alumni showdown, two games between Wings and Leafs alumni at Comerica Park.