Eating your way to a Stanley Cup(cake) champion

Because why let anything other than cupcakes determine a champion?

Share All sharing options for: Eating your way to a Stanley Cup(cake) champion

The Stanley Cup Playoffs are the ultimate test of athleticism, strength and will to win. The athletes who play this crazy ice game have a threshold for pain that is beyond comprehension. They are truly brave individuals.

But when it came to figuring out a foolproof method for determining a winner for the 2013 edition of this tournament, I used none of these attributes. You see, the NHL has sent many of us in the Important, Elitist Media a set of 18 cupcakes: chocolate for the Western Conference, vanilla for the Eastern Conference, red velvet for the NHL and, finally, NBC-themed cupcakes. Corporate sponsorship: it's delicious!

All kidding aside, it is a fabulous gift to look at. The league and network, in conjunction with Crumbs Bakery, sent us a large Stanley-Cup-shaped cupcake holder with all of them inside. It just looks really cool. 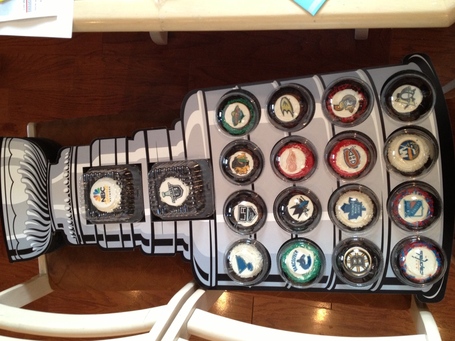 Anyway, I had an idea. Four bites seems like enough to properly dispose of a cupcake, and it takes four series victories to take the Stanley Cup. I asked SB Nation NHL editor Travis Hughes if I could post a photo essay of my attempt to pick a Stanley Cup Champion. I then asked SB Nation head honcho Spencer Hall if the company has insurance for "All Of The Diabetes," and he said "No." I was discouraged, but being discouraged is not what the Stanley Cup Playoffs are about, so I soldiered on and began my journey.

By the way, these were so, so great.

(NOTE: No, I DID NOT eat all of these. I had the help of my two younger brothers in this noble quest.)

No. 8 New York Islanders vs. No. 1 Pittsburgh Penguins 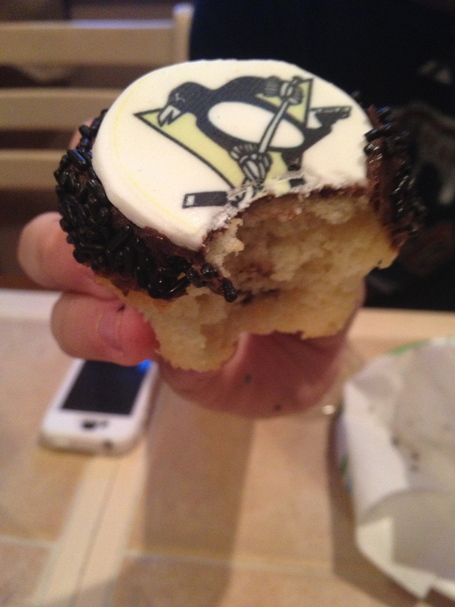 No. 7 Ottawa Senators vs. No. 2 Montreal Canadiens 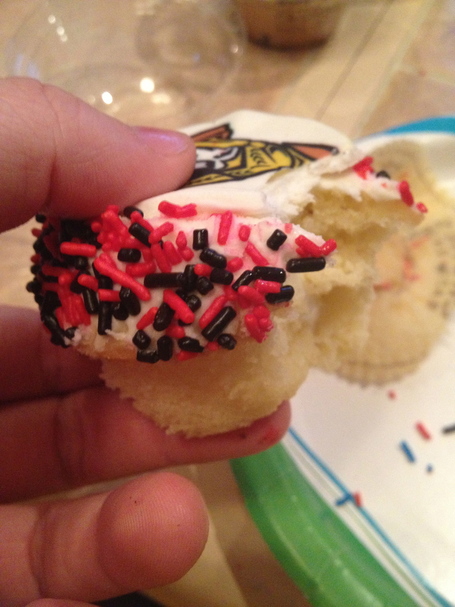 No. 6 New York Rangers vs. No. 3 Washington Capitals 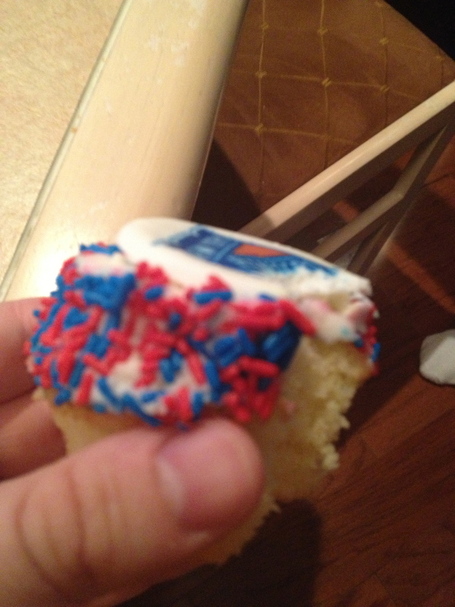 No. 5 Toronto Maple Leafs vs. No. 4 Boston Bruins

Bruins are too good offensively to fall into the Leafs' trap of "we'll let Reimer stop 400 shots per game and send Kessel up the wing with four minutes left and sneak out a win!" I watched a lot of Leafs-Devils games this year, sorry. Still Bruins. 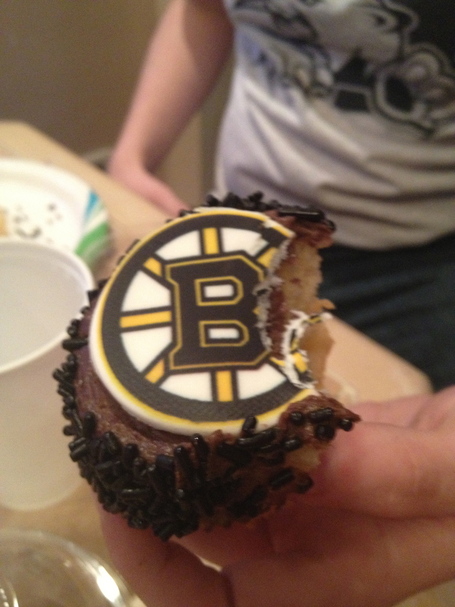 No. 8 Minnesota Wild vs. No. 1 Chicago Blackhawks

I don't think there's a hockey fan alive who doesn't love Josh Harding's story, but ... not this time. 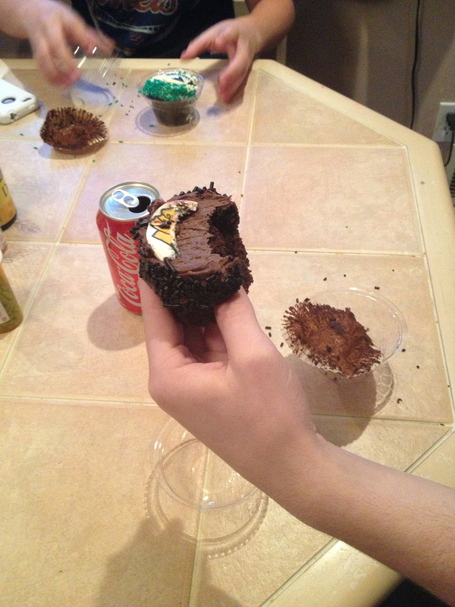 No. 7 Detroit Red Wings vs. No. 2 Anaheim Ducks

I know the Red Wings are a trendy pick but, seriously, you think we're doing a cupcake Stanley Cup prediction and we aren't picking Bruce Boudreau's team? 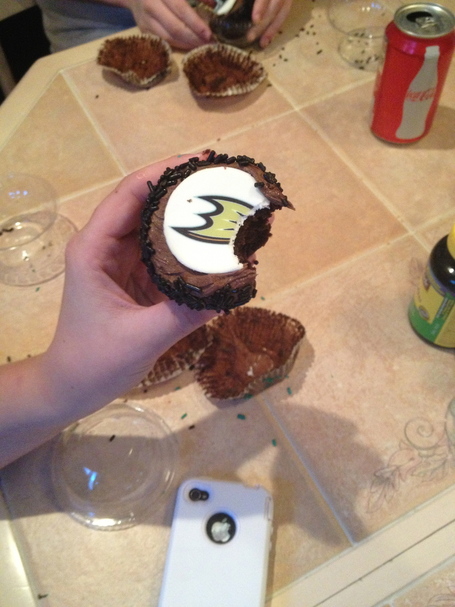 No. 6. San Jose Sharks vs. No. 3 Vancouver Canucks

The next two are kind of toss-ups, so we may have gone with the cupcake that had the more unique sprinkles. 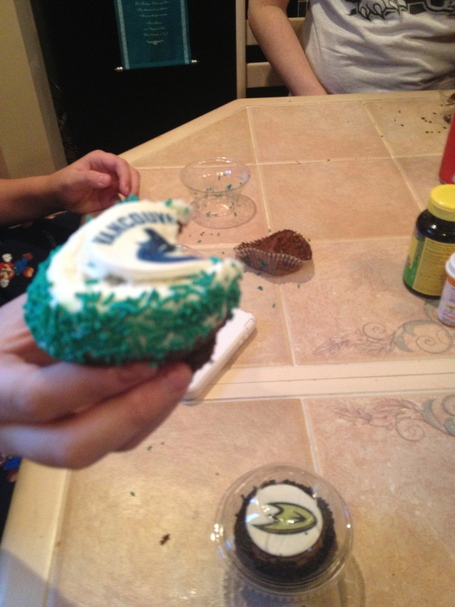 This is a New Jersey Devils household, and the Kings blew Game 1 in OT, but we're still going with the champs. This may or may not be a reverse hex. 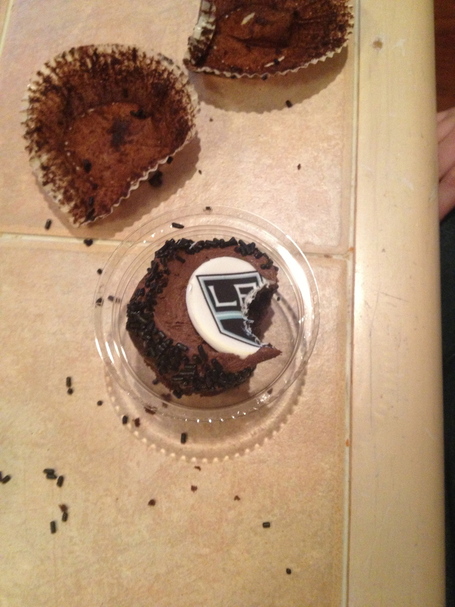 No. 7 Ottawa Senators vs. No. 1 Pittsburgh Penguins

This series would be as dramatic and annoying as the regular season story lines that crossed between the two clubs. It would also, thankfully, be short. 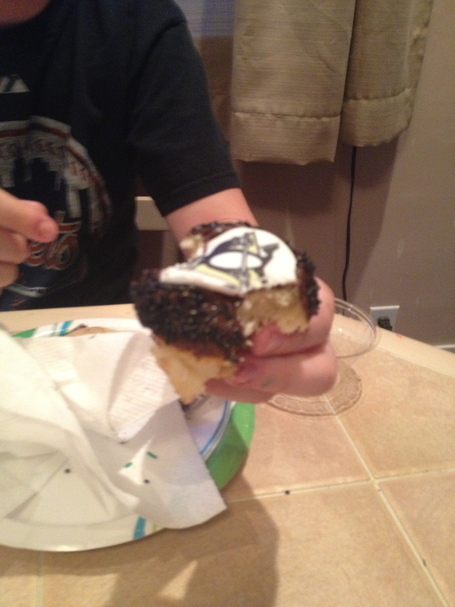 Think Henrik can take the Rangers a round, but the Bruins looked really dangerous last night, so fully OK with picking them to at least go to the final four. 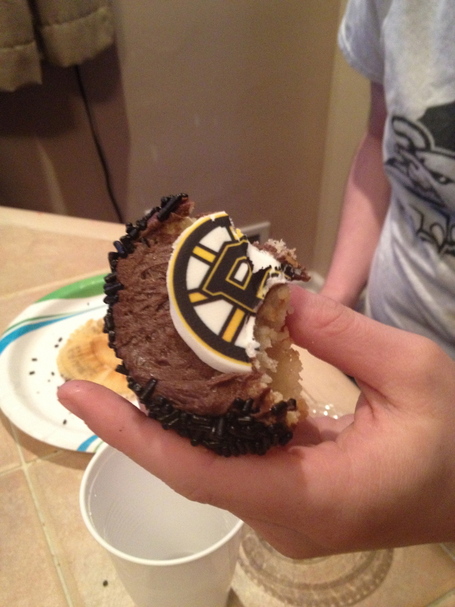 No. 5 Los Angeles Kings vs. No. 1 Chicago Blackhawks

This is probably where we'd bet on the Kings' repeat attempt falling. 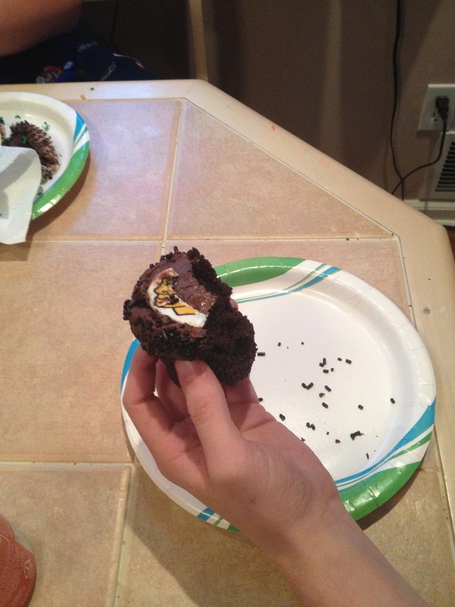 No. 3 Vancouver Canucks vs. No. 2 Anaheim Ducks

Ugh, it kills me to pick against Bruce Boudreau (and Teemu Selanne) in this, but I think the Canucks are better than Anaheim. 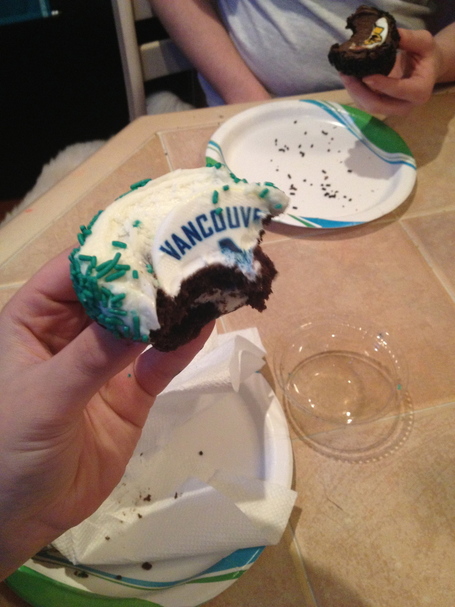 The stars would be aligned for this one. Jagr heading to Pittsburgh for some huge games, Crosby potentially back for the Penguins. Iginla looking at the team that he rejected a trade to. Malkin, Kunitz, Morrow, Letang, Chara, Horton, Lucic (?), Bergeron. A goalie who could have a goaltending breakdown during a game against one who could have a mental breakdown after. I really like the Penguins this season. Think they'll be able to get just enough defense to beat Boston. 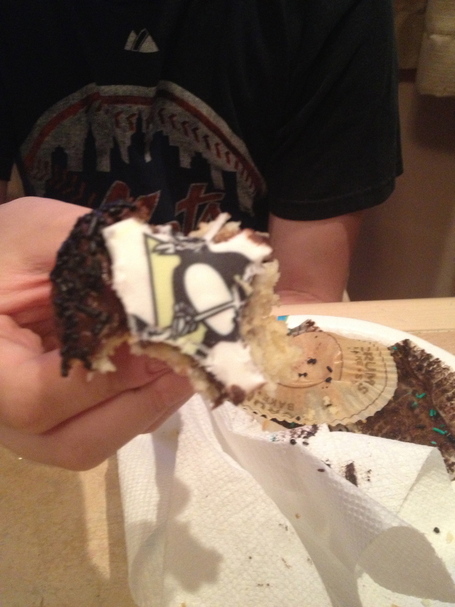 Oh man, can you imagine these two meeting one more time in the postseason? Or the Canucks even getting to the conference finals with their goaltending situation? Would be hugely entertaining. The Hawks would be out for revenge from the one time the Canucks have beaten them in the playoffs, the last time they played each other in 2011. I'd bet they get it. But it'll rip the logo off of their cupcake-y selves, or something. 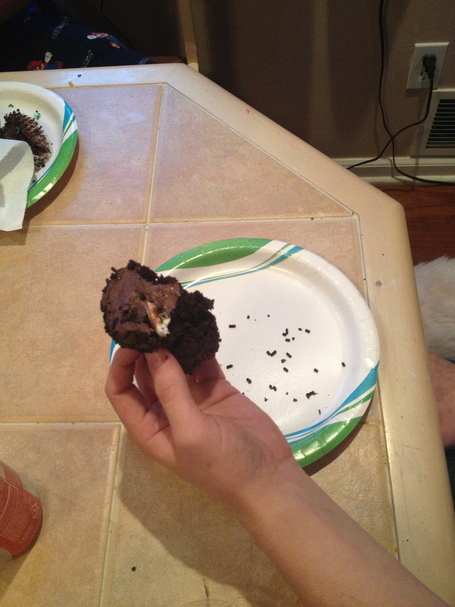 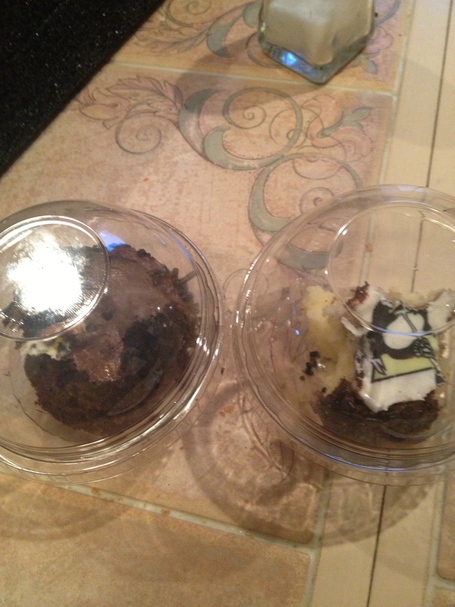 One leaves, an eaten champion! 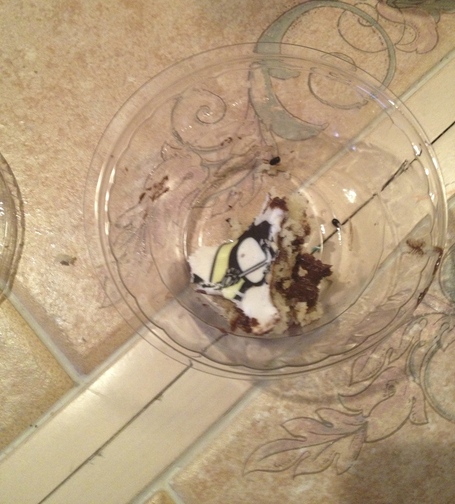 Congratulations, Penguins fans, this foolproof method has proven your team worthy of another Stanley Cup!