After some early doubt in Game 1, the Bruins rolled to victory, leaving the Leafs wondering if they even belong in this Eastern Conference Quarterfinal series.

BOSTON -- I got to TD Garden a little bit late on Wednesday night. I forgot to pack the right belt on this trip to see some playoff hockey between the Bruins and Toronto Maple Leafs, so an unexpected pregame stop to buy one delayed me a bit. And then I saw a Wendy's across the street, and since chicken nuggets are good, I wound up getting in to the building about five minutes after the start of Game 1.

When you step into a building for the first game of a playoff series, you expect the crowd to be a bit more amped up than usual. This isn't a February game against the Colorado Avalanche here. It's Game 1 of the Stanley Cup Playoffs, and unlike the other team that calls the Garden home, the Bruins have a legitimate chance at winning the Eastern Conference and even the Cup again this year.

But the crowd was noticeably dull, likely an effect of the fact that the clearly inferior Leafs had taken an early, energy-stealing 1-0 lead by James van Riemsdyk.

This is what the Bruins were worried about. We say every year how it's about the Hot Team™ heading into the postseason, and Boston was the polar opposite of that. They lost seven of their last nine games to close the year, and before Game 1, head coach Claude Julien had talked about the need to turn the page.

"When you look at the playoffs, from the first day on until the end, it's an opportunity for 16 teams to turn the page and get an opportunity," Julien said. "And every year, you've seen surprise teams win the Stanley Cup, and it hasn't necessarily been the top teams, it's been whoever's been playing the best hockey at the right time of the year. I think our guys have enough experience that they understand that.'

When your opponent scores just over a minute into the first game of the playoffs, it's easy to think that hey, maybe we're just not playing good hockey right now. Maybe we're the better team, but we're not the team playing the best hockey right now, and that sucks. Maybe it's not our year. When your team has been playing bad hockey for the better part of the month, that early goal against to start the postseason can be deflating.

But the Bruins didn't let it get to them, even if it clearly did take the wind out of the sails of the Garden crowd before they could even settle into their seats. Maybe that's the statistical superiority, maybe it's the experience. Whatever the reason, it didn't take all that long for Boston to completely take over the hockey game.

"Even after Toronto scored the first goal, I really felt that our team was still in good shape and had lots of time," Julien continued. "We just had to stick to the game plan, and as I mentioned you know, you get that feeling sometimes and our players were really focused tonight."

That focus became pretty evident by the end of the first. Boston had settled in and controlled play by the middle stages of the period, but it took a flub from Leafs goalie James Reimer to even up the score at the 16:20 mark. Or maybe it was just that Wade Redden's shot was too much for Reimer to handle. Either way, it was just the beginning. 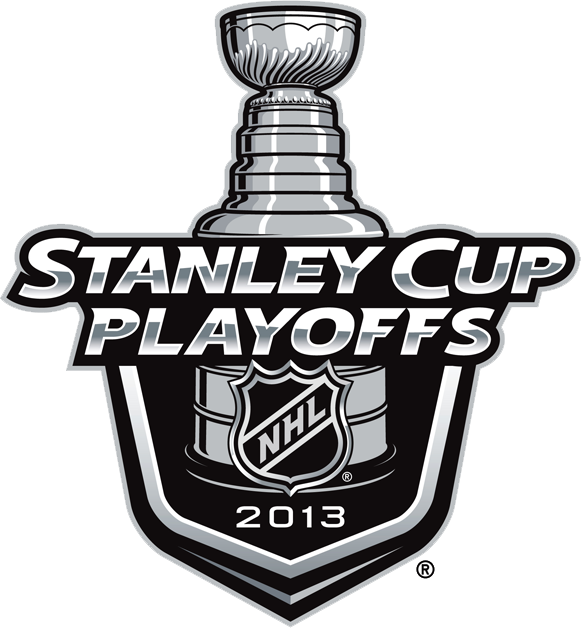 Another Redden shot was tipped by Nathan Horton with a handful of seconds left on the clock, and suddenly, the B's went to the locker room and the crowd went to the beer lines with a much better outlook than they had just a few minutes earlier. Leafs coach Randy Carlyle tried to explain what happened.

"I just thought we self-destructed," Carlyle said. "We had a decent start. We scored the first goal. We get ourselves on the right track, in the opposition's building. I thought we had our forecheck going early in the hockey game, but then we just stopped.

"Again, we made some mistakes, where we started to turn the puck over, and we fed them and they took advantage of the miscues. Then basically in the second period, the tide turned specifically in their favor, and we didn't do a lot of things right. I've never seen so many people fall down with nobody around them, in some situations with our group. As we've said, we know that this is going to take more than an ordinary effort, and tonight, our effort wasn't anywhere near close enough to put us in a competitive position. So, that pretty much sums it up."

The Leafs will say they shot themselves in the foot. The Bruins will say they imposed their own will and that their playoff experience came through when it mattered most. The truth probably falls somewhere in the middle, but one thing's pretty clear: by the end of the game, Boston had full control in every metric. Shots, possession, goals, David Krejcis.

David Krejci and Johnny Boychuk scored five minutes apart in the second period to close out the scoring in what suddenly never even felt like a close hockey game. Now, Toronto has to go back to the drawing board. They talked of "getting back to their game" and "limiting turnovers" and "being more responsible," but that's all assuming the Bruins let them.

For five minutes on Wednesday night, it looked like this could shape up to be a tight series, and that it could have unfolded as a horrible nightmare for the Bruins. But with as quickly as that changed, the Leafs now have to wonder if they even have a shot, and if that TD Garden crowd will be silenced again before the series ships up to Canada.