Ilya Kovalchuk is no longer an NHL player. He's heading back to Russia after a shocking retirement decision that'll make waves on both sides of the Atlantic.

Share All sharing options for: Ilya Kovalchuk retires: Analyzing the fallout in both New Jersey, Russia

Ilya Kovalchuk has retired from the NHL. This is not a drill. This is not a joke. He's really retired. There are a lot of questions to answer, but one looms largest:

Publicly, Kovalchuk explained his decision in a team press release. It's about his family and his desire to go back to Russia.

"This decision was something I have thought about for a long time going back to the lockout and spending the year in Russia. Though I decided to return this past season, Lou was aware of my desire to go back home and have my family there with me. The most difficult thing for me is to leave the New Jersey Devils, a great organization that I have a lot of respect for, and our fans that have been great to me."

Remember what happened during the 2013 lockout. Kovalchuk threatened to stay in Russia and expressed that desire freely while playing for SKA St. Petersburg. It was only after much hand-wringing that he actually came back to North America and rejoined the Devils after the work stoppage ended. Still, he made his intentions pretty clear:

"I want to stay in St. Petersburg but I have contractual obligations in the NHL, which will be hard to break" - Kovalchuk to Sport-Express

We can paint Kovalchuk as a villain and some (hi Jeremy Roenick!) surely will. He signed a contract with the Devils and should live up to it, right? That's the easy way to frame this.

But put yourself in his shoes. It's not always easy for foreign-born players to make their living in North America, even when they're being paid handsomely to do so -- Kovalchuk had $77 million and 12 years left on the 15-year deal he signed in 2010 -- and are playing against the best hockey competition in the world.

Kovalchuk clearly wanted to be home and closer to his family

Kovalchuk clearly wanted to be home and closer to his family. It's hard to judge a guy in that position when you haven't been in that position yourself. I live three hours from where I grew up and even I get homesick sometimes. I don't think I blame Kovalchuk for, regardless of the money or any other obligations, wanting to go home more than anything else.

Does this mean his hockey career is over, though? Will he play in the KHL next season? Surely, Kovalchuk can't be done with the game at just 30 years old. He's an elite talent and over the last few years since his acquisition by the Devils had blossomed into not just an incredible offensive threat but a responsible defensive player as well.

The NHL and the KHL had a player transfer agreement that expired on June 30 of this year, under which both sides honored each others' contracts and agreed to "do everything in their power" to resolve any disputes. There have never been any contract disputes between the two leagues, however. No agreement is in place yet to replace the expired deal, but that's sort of irrelevant in Kovalchuk's case.

By putting pen to paper and making his retirement official, Kovalchuk's NHL contract comes off the books. He's no longer under contract with the Devils and therefore completely free to sign with a KHL club.

That will likely happen in time for the 2013-14 KHL season, and while he might not get the same $77 million he was due from the Devils, there will still be a bidding war for his services in Russia. SKA St. Petersburg should probably be considered the front-runners thanks to their deep pockets and Kovalchuk's familiarity with the franchise. He'll get paid a lot of money to play there, and he'll be home. It's a safe bet to say he'll lace up the skates in the KHL next year.

Where does this leave the Devils? 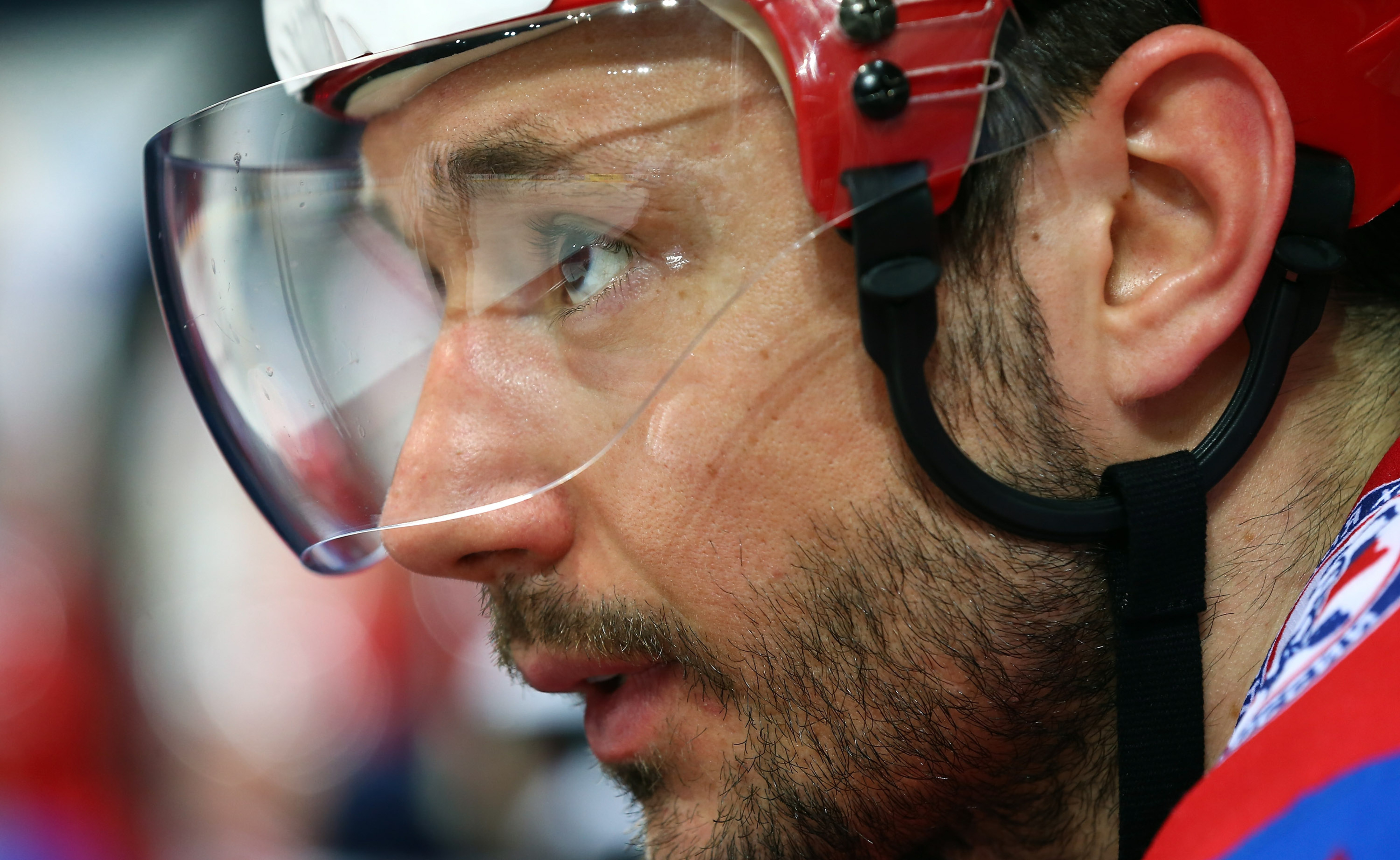 Devils fans at SB Nation's In Lou We Trust are shocked at Ilya Kovalchuk's decision to retire.

First, the money: They'll be penalized under the "cap benefit recapture formula," part of the NHL's new CBA, to the small tune of $250,000 against the salary cap until the 2024-25 season. That's just money they can't spend against the cap, though, and not real-world dollars they have to spend.

The team has struggled financially in recent years and are reportedly carrying $300 million in debt. That likely explains why they let Kovalchuk walk to Russia without so much as raising their voice. They're also letting a $77 million obligation go.

On the ice, the team will surely struggle to score goals in 2013-14 and perhaps beyond. Just the other day, Devils blog In Lou We Trust wrote about the Devils scoring outlook for the coming season, saying that "the one issue is that the only top-end scorer on the team is Kovalchuk." Welp, there goes that.

The Devils will likely be better off down the road with Kovalchuk gone. He's an elite player and potentially the best offensive player to ever pull on a New Jersey sweater, but that's a lot of money to commit to just one hockey player, and this frees Lamoriello up to work his magic and build another Stanley Cup contender. It could take several years, but there's no longer the risk of being tied down by one big contract.

In the meantime, though, there will be on-ice pain. They'll have a ton of trouble scoring goals next season and they'll be playing in a realigned division with both New York squads, Pittsburgh, Philadelphia, Washington, Columbus and Carolina -- all playoff contenders if not Stanley Cup contenders.

And if that's not bad enough, they won't even have a first-round draft pick in 2014 ... thanks to the penalty levied on them when they signed Kovalchuk to an illegal contract in the first place. That's a shame, because they'll probably need one.