USA Hockey unveiled its jerseys on Tuesday to universal panning. That got us thinking about what we don't like about NHL jerseys.

USA Hockey unveiled its jerseys for the 2014 Sochi Olympics on Tuesday morning, which generated near-universal panning around the Internet. Emblazoned with fake laces and poorly placed stars on the shoulder yoke, many questioned the design philosophy used by Nike, which in turn got us thinking about poor design decisions in the NHL. 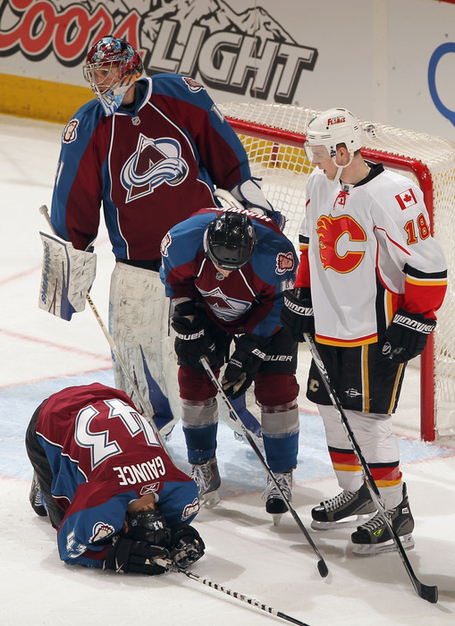 We get it. Hockey jerseys require several pieces of fabric to be assembled, but that doesn't mean you have to outline each piece of it. Underarm piping became a staple with the introduction of Reebok's EDGE jerseys in 2007. While a good majority of clubs have wisely eliminated them, some teams still hold onto the concept as if it's going to make a comeback. Hopefully, it doesn't. 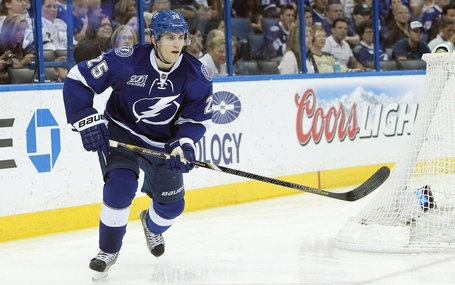 The Lightning embarked on a rebranding prior to the 2011-12 season, which brought about a new logo and color scheme. The desired result was to have a more identifiable insignia, with a classic NHL look. In doing so, the club drew comparison to the Toronto Maple Leafs as their primary colors shifted from black, blue and white to blue and white.

While the logo rebranding certainly brings a more streamlined appearance, the color change is too similar to the Maple Leafs for my liking and could have been avoided had they kept some element of black.

Calgary Flames aversion to the past 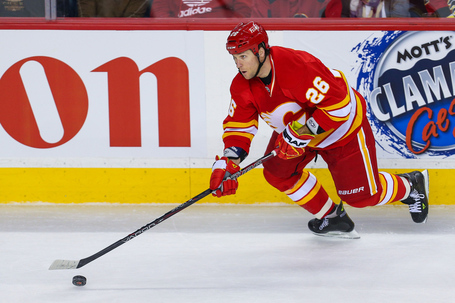 Reaching back into history is a trend that has permeated all of professional sports in regards to jersey branding. This is especially true of unsuccessful teams that are attempting to change their public perception by placating to their fan bases' aesthetic desires.

Unfortunately, the Flames are not one of those teams.

The Flames are rumored to be discontinuing their third jersey, which hearkens back to their 1989 Stanley Cup championship team. This literally might be one of the worst decisions a team has made about a jersey with the exception of maybe the Flames' decision not to make this jersey a primary sweater.

The Flames are bad, but the retro red jersey is good. Why don't they make a white one and be a bad team with good jerseys? Anyone? 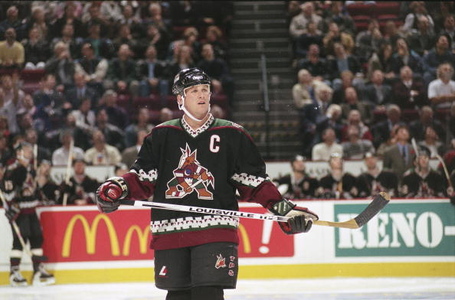 I'm probably in the minority here, but I grew up loving the Coyotes kachina-style logo. I think it's a unique insignia that has a desert-flavor to it, which is a nice touch for a team based in Arizona. I think the organization could have compromised in the re-brand by retaining the logo and changing the jersey design/color scheme ... but I may be blinded by nostalgia. 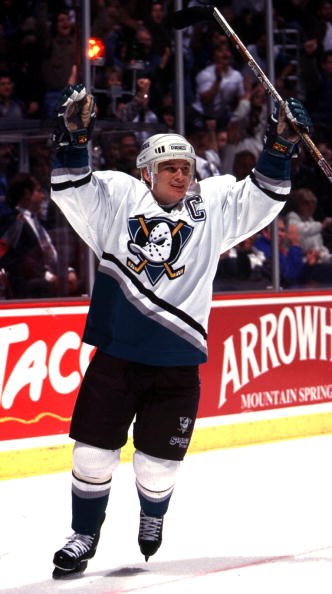 The Anaheim Ducks wanted to distance themselves from the Mighty Ducks movie series and changed their jerseys in 2006. Fine, do what you gotta do. But the team's primary crest has been lacking ever since, and I think it's long overdue that they address it by bringing back the Wild Wing logo.

Full disclosure: I grew up idolizing the Mighty Ducks movies and still watch them when they come on television. I'm sure I'm not the only one. The Ducks can use whatever colors they want and be as mighty (or not) as they need to be, but the original logo needs to come back. The old jerseys might be used as part of the team's 20th anniversary during the 2013-14 season, according to icethetics. Hopefully it's a step toward a more permanent stay later down the line.