Winter Classic 2015: Washington Capitals to host, but who will they play?

Share All sharing options for: Winter Classic 2015: Washington Capitals to host, but who will they play?

The Washington Capitals officially announced Saturday morning that they'll host the 2015 Winter Classic, but there are still plenty of questions -- namely, where will the game be played and who will the Capitals play?

Nationals Park, home of MLB's Washington Nationals, seems like the obvious choice given its location in the District of Columbia, not nearby Maryland or Virginia, and an already-existing relationship between Nats owner Mark Lerner and Caps owner Ted Leonsis.

RFK Stadium in nearby Southeast Washington could be another inside-the-District option, but the stadium is in utter disrepair in comparison to Nats Park. FedEx Field in Landover, Md., home of the NFL's Washington Redskins, could be a frontrunner given its size -- with a capacity of 85,000 for NFL games, it holds double the crowd of Nationals Park. More tickets equals more money for the NHL, the Capitals and their eventual opponent.

Who will that opponent be? There are plenty of options on the list. Let's look at them all. 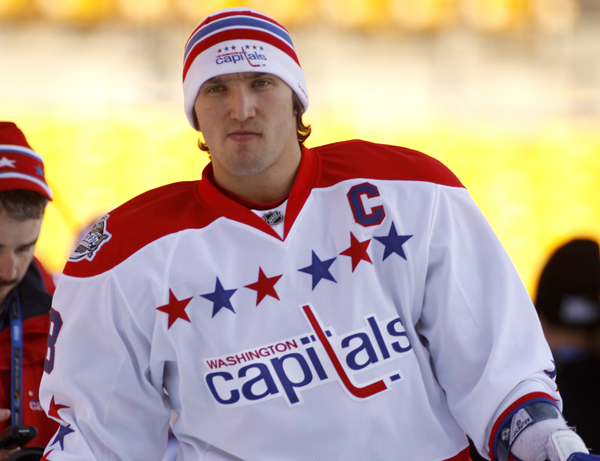 The Capitals will be hosting the NHL's premiere event next season. However, their opponent and the venue remains unknown.

Boston is an intriguing option because they haven't participated in an outdoor game since hosting Philadelphia in the 2010 Winter Classic at Fenway Park. The Bruins have been a contending team in the East for several years, have made two Stanley Cup Final appearances over the last three years and project to be a contender to return this season.

Philadelphia has appeared in two Winter Classics and hosted the event at Citizens Bank Park in 2012 against the New York Rangers. Other than Philadelphia's proximity, division relation and assumed status as a contending team, the Flyers and Capitals aren't really a match that jumps out. I think most fans would rather see the Flyers and Penguins in a Winter Classic, before the Capitals.

Speaking of New York, the Rangers wouldn't be a bad option as an opponent in Washington. The two teams have met in the playoffs three-years running, with the past two years featuring seven-game series. In addition to their blossoming playoff rivalry, the two teams are members of the newly minted Metropolitan Division and could find themselves in a playoff matchup for the fourth season in a row.

In terms of New York's other franchise, the Islanders, the young club is developing into a talented team behind captain John Tavares. The Capitals and Islanders had a rivalry in the past, which has significantly cooled over the years. With the Islanders returning to promise, and the clubs joining the same division, the NHL could look to re-spark the fire with a meeting outdoors. While the Islanders are participating in an outdoor game this season (their first), the NHL has shown precedence in allowing clubs to play in consecutive events (the Rangers participated in last year's Winter Classic and are playing in two outdoor games this year).

Another new division rival to consider are the Pittsburgh Penguins. While the "Alexander Ovechkin vs. Sidney Crosby" hype-train has slowed down in recent years, it would still make for a quality backdrop to an outdoor event. Of course, the plot line was featured in 2011 when the two teams met at Heinz Field in Pittsburgh and the NHL has yet to feature a rematch in the Winter Classic. In addition, the Penguins have already been involved in two outdoor games -- with a third on the way this season in Chicago -- as well as the prospects of the heavily demanded meeting with Philadelphia at Beaver Stadium sometime in the near future.

Only one team will be playing an outdoor game in Washington next season, but eight other teams could have a chance to play outdoors, according to this report.

The Columbus Blue Jackets, much like the Islanders, are riding a wave of promise into the 2013-14 season. The club is joining the Eastern Conference and has only played the Capitals 14 times in their franchise's history entering this season. While it would be a nice inclusion, it wouldn't be a great draw at this time, which makes it an unlikely matchup.

In terms of old division rivals, the Carolina Hurricanes are likely the most attractive option from the retired Southeast Division. The roster has several notable players and the club is a member of the Metropolitan Division, which keeps the Hurricanes as a relevant opponent.

The New Jersey Devils would be a dicey draw considering they're in transition. Of course, they've yet to appear in a Winter Classic and could reformat their strategy behind Cory Schneider heading into the second year of a post-Kovalchuk era.

In looking at the newly formed Atlantic, the Detroit Red Wings and Toronto Maple Leafs are immediately out of the running because they're playing in this year's event. The Ottawa Senators are likely out because the match-up doesn't really fit. The Buffalo Sabres haven't appeared in an outdoor game since hosting the first Winter Classic and already have the perfect jersey lined up to appear in one in the near future.

Fight for the Expos!

The Montreal Canadiens might actually be the best option for next year's opponent:

Winter Classic idea: #Caps/Canadiens at Nationals Park. If Montreal wins, they get the Expos back.

However, we're not sure the NHL and Capitals could negotiate that kind of set-up.