NHL Stadium Series 2014: Here's what Dodger Stadium will look like with a hockey rink

Ever wonder what Dodger Stadium would look like with a hockey rink? Well then, you're in luck.

Share All sharing options for: NHL Stadium Series 2014: Here's what Dodger Stadium will look like with a hockey rink

2014 is the year of outdoor hockey for the NHL, as the league is prepared to introduce the Stadium Series to its slate of outdoor games. The Winter Classic was historically successful this year, generating $30 million of revenue ($20 million in profit) set against the backdrop of a picturesque winter wonderland.

That will not be the case in Los Angeles later this month when the Kings host the Anaheim Ducks in the first Stadium Series event at Dodger Stadium. While the optics won't match that of the Winter Classic, the Jan. 25 event will have a decorum fitting of the occasion. 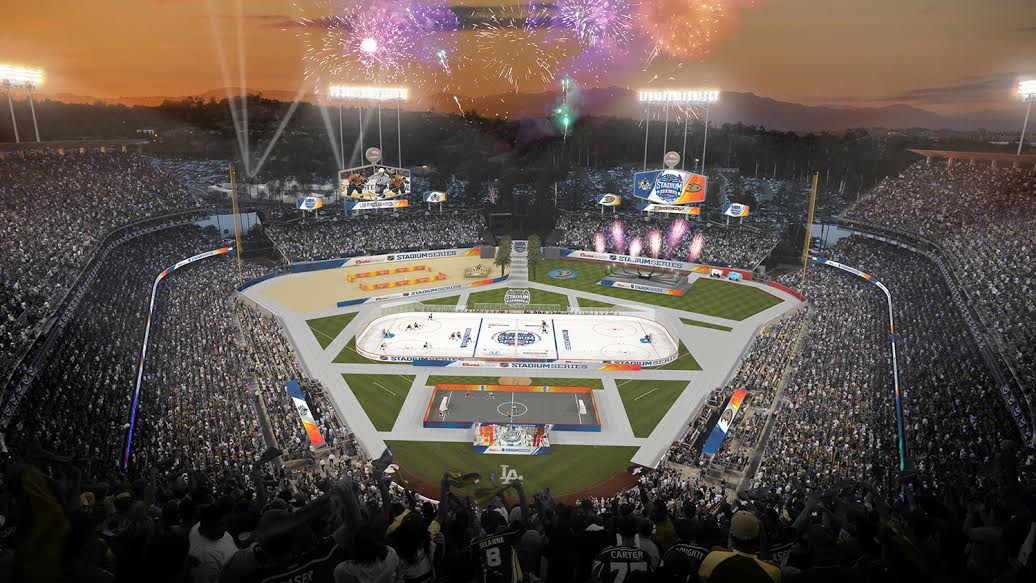 In the artist rendering above, you will see a beach volleyball court in left field, a performance stage in right field and a roller hockey rink near home plate. This design structure is similar to previous outdoor games but lacks the winter inspired accoutrements of events from the past. And it's a nice touch.

What do you think of the layout? Are you excited for the Stadium Series? Let us know what you think in the comments below.

• Here are the midterm 2014 draft rankings

• The factors that drive L.A.’s success