The Edmonton Oilers are on the rise while the Pittsburgh Penguins take a fall. Apparently, it's '80s week in this edition of the Connor McDavid McHockey Ranking.

The dynasty is risen! After eight long years of futility, the Edmonton Oilers have returned to the pinnacle of prominence and are eying an extended string of success that could only be surpassed by Oilers teams of the '80s.

Praise be to him whose number reads 99!

I hear y'all like those fancy stats, so take this into account: If you disregard Edmonton's first five games of the season, and Wednesday's loss against Nashville, then the Oilers are on pace to win every game for the rest of the season. If Edmonton wins every game for the rest of the year, then they would have a strong chance of winning the Stanley Cup.

Coincidence that that would happen 25 years after their last Stanley Cup? The world works in mysterious ways, my friends.

The Oilers have won four of their last six, including a stretch of four straight. Then they lost one game while the World Series was on and nobody was paying attention, so that doesn't count. It's believed that this stretch might have saved coach Dallas Eakins' job. That might be true, but the only thing it's definitely saved them from is a negative accolade in this week's Connor McHockey ranking.

First time @VinceLaise & I have ever seen this before. Mid practice, McDavid shot off the crossbar, puck exploded... pic.twitter.com/q6TYrenHdX

The Connor Mc'Doh! Of The Week: Minnesota Wild 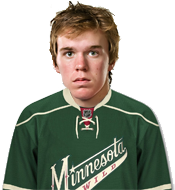 The Minnesota Wild have the worst power play in the league.

This in and of itself would make someone yell, "D'OH!" However, the Wild managed to complicate this issue even further against the New York Rangers on Monday night. Minnesota carried a three-goal lead into the third period, but ended up allowing five goals and ultimately lost the game, 5-4.

To tie it back to the power play, the Wild had 14 minutes of power play time, which included a five-minute major. If you haven't guessed, they didn't score on any of those opportunities:

The Connor McBlowout Of The Week: Carolina Hurricanes 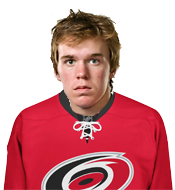 This week was a struggle. Picking one team for this category was difficult because there were so many blowouts. As a point of reference:

And that was just on Tuesday night.

But despite the difficulty of the field, the Carolina Hurricanes rose above the competition (hmm, haven't had a chance to say that in a while). The Hurricanes were so capable of being blown out that they actually had two entries this week, both of which came from Alberta.

Last Thursday the Hurricanes lost to the Flames, 5-0, and followed up the performance the next night with a loss to the Oilers, 6-3. For good measure, they closed out their Western Canadian road trip with a loss to the Canucks, 4-1.

In all sincerity, the Hurricanes might be the worst team in hockey.

The Oilers had three No. 1 overall picks over the span of this rebuild but they won't be needing another one!

While it hasn't always been pretty, this last week has been a glimpse of what could be with the Oilers. Coming into the seven game homestand without a win, the Oilers rattled off four straight that included: wins against quality opponents, spirited play from Nail Yakupov, a penalty shot pump-up from Taylor Hall, and funny GIFs of Dallas Eakins.

It's funny because he isn't talking about his team's spot in the standings.

The Connor McNeed To Rig The Draft Lottery: Pittsburgh Penguins 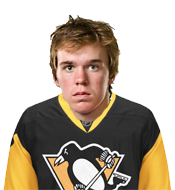 The Penguins are coming off a thrashing of the Devils and beat Nashville the game before that, 3-0. They've only lost three times this year and are one point out of first place.

Despite all this I can't shake the feeling that the Penguins are tanking.

In 1983, the Penguins actively tanked so they would be bad enough to draft Mario Lemieux. It payed off in the form of consecutive Cups 10 years later. Well, Lemieux is in the Penguins front office and the team even brought back the jerseys he wore. Might he be initiating the strategy that brought him to Pittsburgh in the first place?

Everyone in the league got suuuuuper pissed when the Penguins tanked in '83, so they can't be as blatant about it this time around. Sure, the Pens are winning games, but if you watch the Dallas, Detroit or Philadelphia losses, you might start to see what I'm talking about.

I mean, seriously, when was the last time the Penguins struggled to close out games late and/or couldn't beat the Philadelphia Fly-- oh, right.

Listen, this is the Metro Division; one point out of first usually means you're one point out of last. Don't be surprised if the Pens are playing those odds in an attempt to get a power trio of Crosby, Malkin and McDavid.

Hell, trade for Rick Nash and form a band. Does anybody know if there are any hockey players with the last name Young? A No. 1 power play unit called Crosby, McDavid, Nash and Young sounds pretty sick, huh?

The Connor McFront Runner Of The Week: Carolina Hurricanes

They literally and figuratively have no wins. Let them have this.

Saturday, Nov. 1, the Arizona Coyotes will be traveling to Carolina to take on the Hurricanes. The game begins at 7 p.m. ET and can be seen on Fox Sports Arizona+ and Fox Sports Carolina.