The medal round of the women's ice hockey tournament is set and two familiar foes will meet once again for gold.

As was expected, Canada and the United States will meet in the gold medal game of the women's ice hockey tournament at the 2014 Sochi Olympics.

Both teams qualified for the championship round with victories on Monday, and will be meeting in the gold medal game for the second consecutive Winter Games, as well as the fourth time since women's ice hockey was added to the Olympic slate in 1998.

The United States won the inaugural gold medal with a victory over Canada in '98, and has medaled at every subsequent tournament, which includes two silver medals (2002, 2010) and a bronze (2006). Canada has appeared in every gold medal game and has captured gold in the last three consecutive tournaments.

Here's a look at Monday's results:

The United States' lone bronze medal came after Sweden defeated the Americans to advance to the 2006 final. History would not repeat itself, as Team USA held Sweden to one shot in the first period alone and finished the game outshooting the Swedes 70-9.

The United States opened the scoring with a goal from Alex Carpenter, which was quickly followed by a tally from Kacey Bellamy. Amanda Kessel finished out the scoring in the first to give the United States a 3-0 lead heading into the first intermission. Monique Lamoureux and Megan Bozek added two more goals in the second, while Brianna Decker closed out USA's scoring in the third. 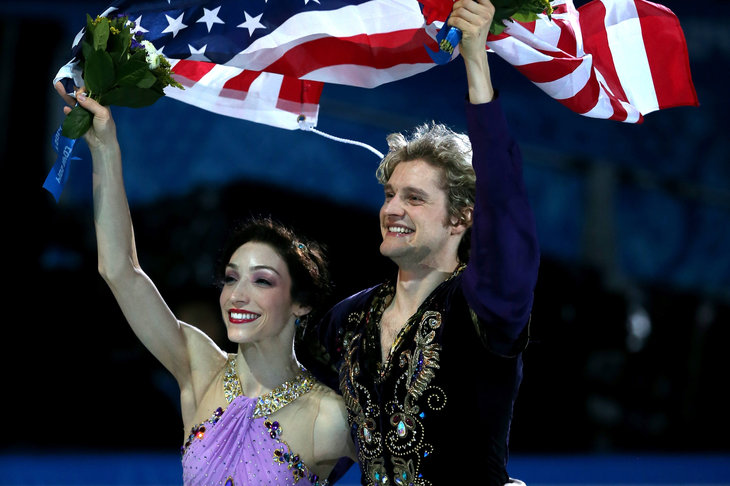 Canada was expected to win this game, sure, but the stellar play of the Swiss was an exciting development that made this contest much closer than anyone would have ever predicted. The Canadians rattled off three goals in the first over the span of four minutes, which appeared to be the beginnings of a route.

However, Switzerland's goaltender, Florence Schelling, stole the show and kept her club in the remainder of the contest. Schelling registered 32 consecutive saves in the final 40 minutes of play and finished the contest with 45 saves on 48 shots. Canada's goaltender, Shannon Szabados, also amassed a spectacular performance, which included several key saves to maintain Canada's lead. She finished the game with 21 saves on 22 shots.

Canada's Natalie Spooner opened the scoring and finished the game with two goals, including the game-winner. Melodie Daoust also scored a goal for Canada.