Winter Olympics: The good, bad and ugly from the 2014 hockey tournament

The 2014 Sochi Olympics produced a lot of hockey memories. Some of them were better than others.

Share All sharing options for: Winter Olympics: The good, bad and ugly from the 2014 hockey tournament

Another Olympics has come and gone, and for the second straight time, Canada swept the men's and women's hockey tournaments. They got there in different ways, with the women needing a miracle third period comeback to top the United States, while the men used a dominating puck possession performance to play a two-week long game of keep-away with their opponents.

If you like goal scoring and a lot of offense, this was not the tournament for you, at least as far as the men were concerned. Still, the 2014 Sochi Games produced a lot of memorable hockey moments.

Some of them were better than others.

Now that the Olympics are over, let's look back at the most unforgettable moments of the 2014 Winter Games.

USA vs. Canada for gold

It probably depends on which side of the border you reside on as to whether or not this is a "good" or a "bad" memory from the Olympics, but this was probably the best hockey game (men's or women's) of the entire tournament. It had a little bit of everything. Great scoring chances, outstanding goaltending, Canada erasing a 2-0 deficit with four minutes to play in regulation, the United States coming an inch away from winning in regulation, and sudden death overtime.

USA vs. Russia was probably the most exciting game of the men's tournament if for no other reason than Russia's potential game-winning goal being taken away in the third period after the net was gently nudged out of place, and because of the eight-round shootout that saw T.J. Oshie score four goals to break the tie, topping Ilya Kovalchuk and Pavel Datsyuk.

Slovenia was not only entertaining, but pretty good

Coming into the tournament it seemed as if Slovenia's only real purpose in the preliminary round was to serve as a tuneup game for the real contenders . Show up, lose by a lot of goals, soak in the experience of their first Olympic hockey tournament, go home.

And then something weird happened. They were able to hang with Russia for most of their debut game. Then they won two games, both of them in rather lopsided fashion, and advanced to the quarterfinal round of the tournament. For a team that had to win a qualifying tournament just to get to the Olympics, and had just a single NHL player (Anze Kopitar) on the roster, it was a pretty incredible effort and one of the best stories of the entire Sochi Games.

As an added bonus, they also had the best uniforms in the tournament. 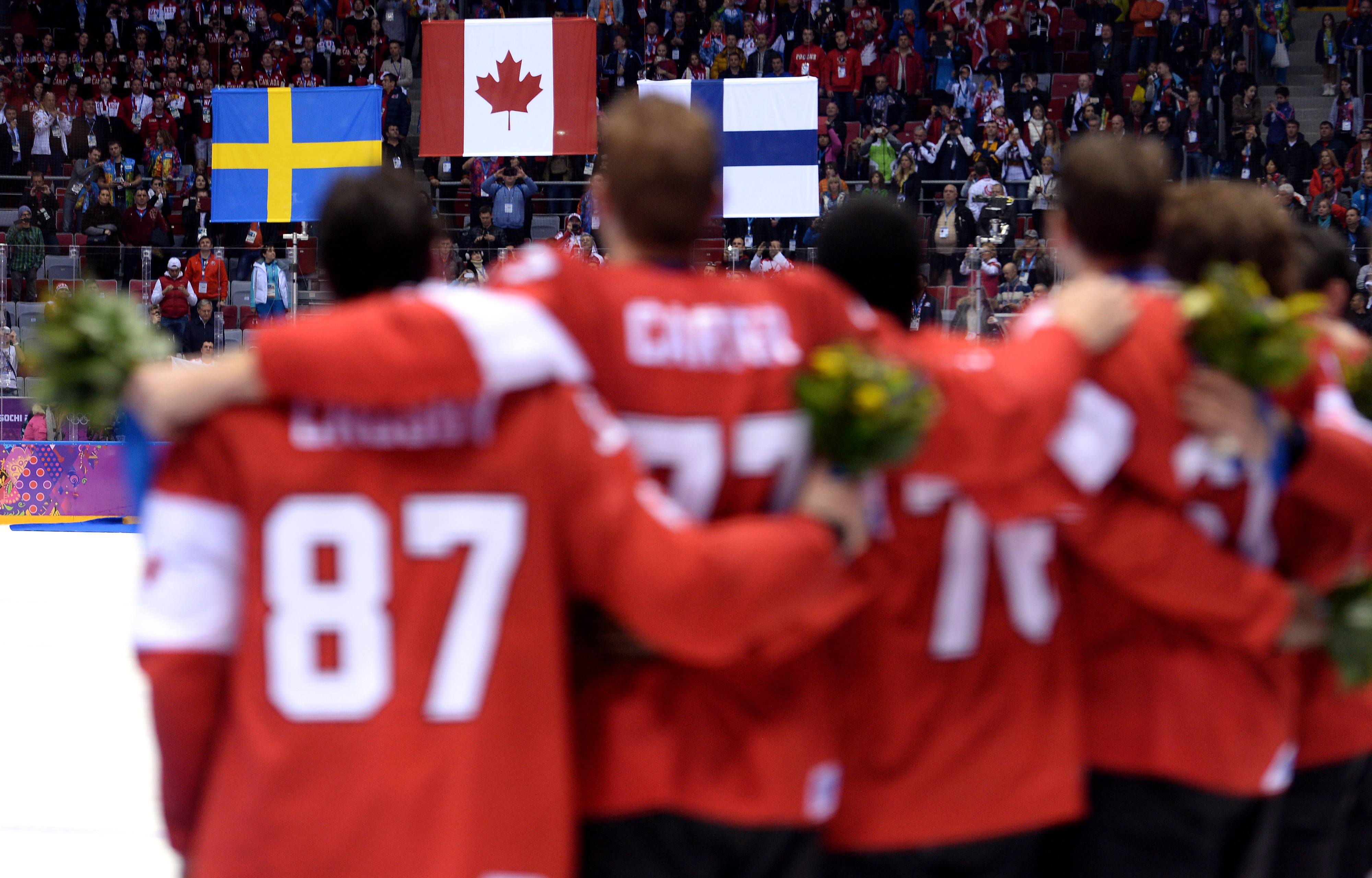 It didn't result in a lot of goals, but it was easily noticeable when you watched the Canadian men's team play. You simply couldn't get the puck away from them and it was the biggest factor in their second straight gold medal.

They attempted more than 65 percent of the shots in their games, and didn't allow anybody to sustain any zone time in their end of the ice. Carey Price was great when he needed to be, and he deserves credit for that, but their defensive dominance had more to do with their ability to keep the puck on their sticks and make every other team in the tournament defend them.

A lack of goal scoring

So you thought a bunch of NHL All-Star teams playing on big ice would lead to high-scoring, run-and-gun games? Nope.

This year's men's tournament averaged just 4.7 goals per game, making it by far the lowest scoring tournament that the NHL players have participated in. The previous tournaments averaged, in order, 6, 5.9, 5.4, and 6 goals per game.

They didn't even crack the five-goal mark this year. Even the NHL at the height of the dead puck era averaged at least 5.2 goals per game.

Of course, a game doesn't need a ton of goals to be exciting. A low-scoring game can be just as thrilling as an offensive shootout, just as long as there are a lot of chances and a good pace to it, but this tournament didn't even seem to have that. This one was dominated by goaltending (all goalies combined for a .920 save percentage) and, in most cases, clogging up the neutral zone and packing it in around your net to keep the play wide.

If you could squeeze out two goals in a game in Sochi, you were pretty much guaranteed a win.

The importance of laughing at Vladimir Putin

It's almost too easy to laugh at Vladimir Putin's excesses and weirdnesses and ineffable Putin-ity. But with the Olympics he made now in the rearview mirror, maybe laughter is a good place to start.

The importance of laughing at Vladimir Putin

When you fail to win a game and get outscored 16-5 in the four games you play, that's a pretty big failure. Especially when you have two of the best players in the NHL in Marian Hossa and Zdeno Chara on your roster.

And when you were in the bronze medal game just four years earlier. And went 5-0 in group play four years before that. It was a disappointing fall for the Slovaks.

The pros and cons of the NHL's participation in the Olympics are well documented, and they are sure to be beaten into the ground as the league decides whether or not to participate in 2018. That said, the biggest downside is clearly the risk for injury, which we had more than enough of in Sochi.

John Tavares is done for the year. Aleksander Barkov could be done for the year. Paul Martin is probably going to miss a month (at least). Mats Zuccarello is expected to miss some time coming back from the break because of a broken hand. Henrik Zetterberg's season might be finished (though, in Zetterberg's case he had some injury issues heading into the tournament). At least the doctors kept busy.

It's one thing to lose in a single-elimination tournament and fail to get a medal. But to go out the way the United States did in the semifinals and the bronze medal game? To not even come close to scoring against Canada, then allowing the bottom to fall out in the second and third periods against Finland with a bronze medal on the line?

There is no way to sugarcoat that. It's ugly. UGLY.