NHL trade deadline: The top 5 storylines from a busy day of moves

The trade deadline is over, but it didn't come without a furious stretch of transactions. Here's what you missed.

Share All sharing options for: NHL trade deadline: The top 5 storylines from a busy day of moves

The hours leading up to Wednesday's 3 p.m. ET NHL trade deadline were anything but slow. A number of top players will be wearing new sweaters, and a bunch of moves involving playoff teams went down that will certainly affect some races. Here are the five biggest story lines from a busy Wednesday. 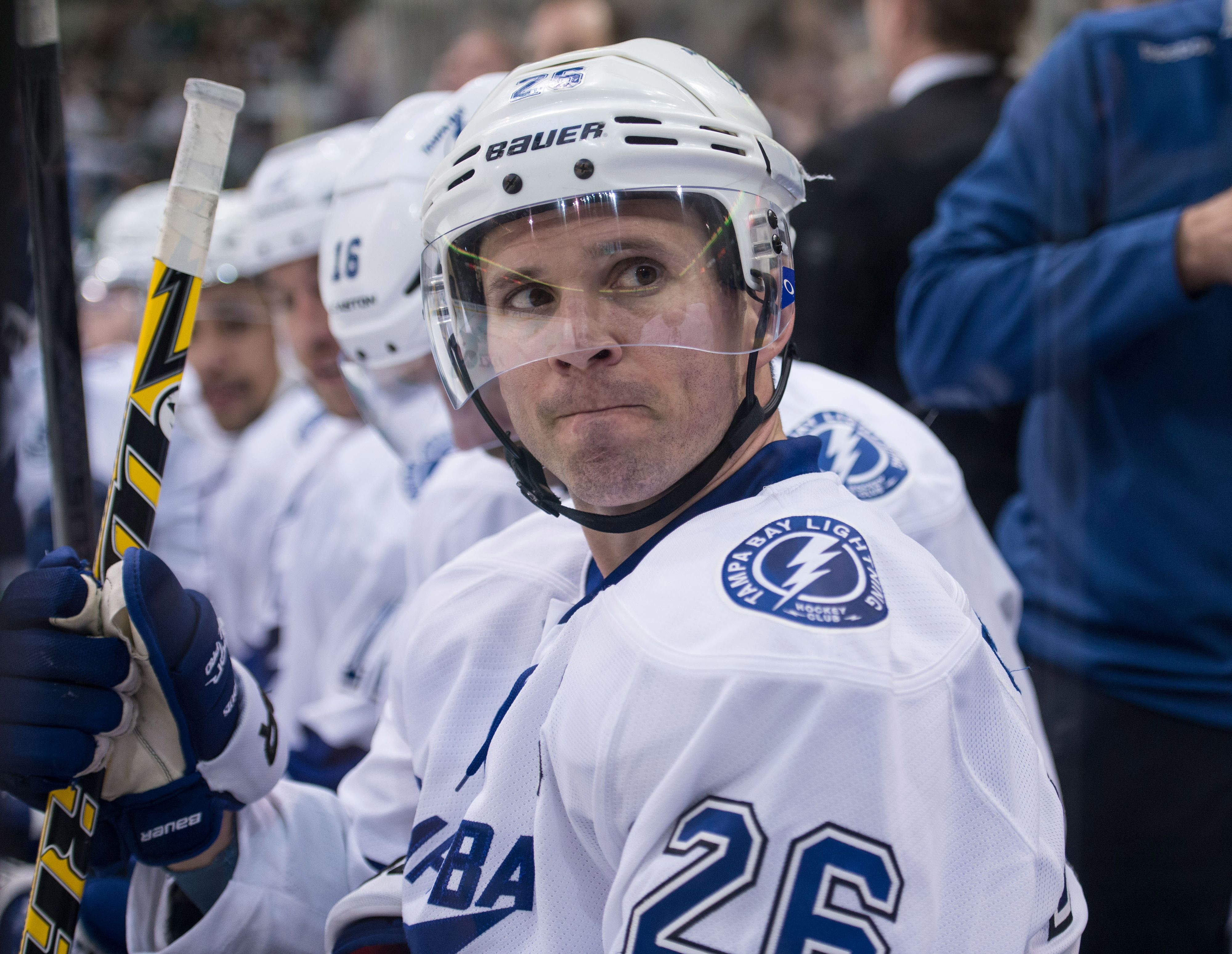 1. The players who weren't traded

It's easy to start with what didn't happen. A number of guys rumored to be potentially on the move weren't dealt, including Ryan Kesler of the Canucks and Mike Cammalleri of the Flames. While Kesler rumors only recently started to surface, and better offers may come the Canucks way this summer, Cammalleri is set to become an unrestricted free agent this summer and that lack of a trade feels like a big loss for Calgary.

Another name that caught some attention was Martin Brodeur. It looked like the future Hall of Famer's time as the Devils' starter has run its course, and there were rumors that linked Brodeur to contenders looking for some help in the crease. But in the end, Brodeur was not moved, and New Jersey held on to the face of its franchise.

While the Sabres were able to complete a number of trades leading up to the 3 p.m. deadline, Christian Ehrhoff, Tyler Myers and Chris Stewart remain. The Sabres seemed to make a call on deadline day that it was a buyers market, and selling off those non-free agent pieces on Wednesday wouldn't be a smart call.

For the first time in league history, two captains were traded for each other. In the biggest deal of the deadline, the Lightning sent Martin St. Louis to the Rangers for Ryan Callahan, a first round pick in 2015, and a second round pick in 2014 that could become a first. The Rangers added a huge offensive piece in St. Louis, who at 38-years-old has still scored 29 goals this season.

Steve Yzerman's hand was forced a bit by St. Louis, who the team confirmed did request a trade. There were rumors of a falling out between St. Louis and Yzerman after the former director of Hockey Canada left St. Louis off the initial 2014 Olympic roster.

"Are we better? I don’t know. We’re different." -Yzerman, pretty honest, on the St. Louis-Callahan trade.

Yzerman isn’t saying it in as many words, but it’s pretty evident: He was forced into this trade and simply got the best return he could.

On the other end of the trade, Callahan and the Rangers were unable to come to terms on a contract extension. Callahan said that he expected to get a deal done, but ultimately it didn't come to fruition and he was sent to Tampa Bay.

The crown jewel in Buffalo's deadline sell off was goaltender Ryan Miller. Sure, it wasn't a true deadline day deal, but it happened just days before the deadline and seemed to kick off the movement ahead of Tuesday and Wednesday's flurry.

The Blues are knocking on the door in the Western Conference right behind the likes of the Ducks and Blackhawks, and they feel that Miller could push them over the top. Time will tell.

4. Garth Snow and the Islanders really screwed up

The objective at the trade deadline was very simple for Islanders' GM Garth Snow: get value for Thomas Vanek.

Vanek reportedly declined a substantial contract extension from the Isles earlier this season, so it was clear he'd be on the move at this deadline. And yes, in the end, Vanek did move to the Montreal Canadiens. But it's evident that Garth Snow royally messed this up.

Consider: In the original deal to bring Vanek to the Island, Snow & Co. sent Matt Moulson and two high draft picks to Buffalo. It seemed like a lateral move at best, considering Moulson's age and role on Long Island, and that was under the assumption that the Isles could re-sign Vanek.

All the rumors, news & analysis

Full trade deadline coverage from SBNation.com and our network of team-specific blogs.

All the rumors, news & analysis

On Wednesday, Snow sent Vanek to the Habs for a prospect, Sebastien Collberg, who is not a top-tier guy, and two draft picks that -- get this -- are conditional on whether or not Montreal makes the postseason. Those picks are weaker than the ones they originally gave up to get Vanek.

So at best, the Isles traded away two strong picks and Moulson for Collberg and two weaker picks. And a few months of Vanek.

Some may say it's easy to point the finger, but in this instance, it's hard not to. The Islanders are an absolute mess right now, and it's instances like these that are both so puzzling and also catastrophically frustrating for the teams' fan base.

If you wear a mask and pads, there's a decent chance you were traded before the deadline. In all, 11 goalies changed teams, with some of the bigger names like Miller, Roberto Luongo, and Tim Thomas attracting the headlines.

But a lot of these moves will also influence some playoff teams, with Miller again sticking out, but with other guys like Jaroslav Halak and Ilya Bryzgalov entering the fold on teams fighting for playoff position. Anaheim also finally unloaded one of its many goalies, sending Viktor Fasth to the Oilers. Of course, that only came after the Oilers shipped Bryzgalov to the Wild.

In all, it was a big goalie carousel, and with Ryan Miller set to become a free agent this summer, the book certainly isn't closed on these netminders.