Stanley Cup playoffs: Which wild card teams have best shot at an upset?

Recent history tells us that at least one of the bottom seeds in the playoffs is going to pull off a first-round upset. But which one is it going to be?

Share All sharing options for: Stanley Cup playoffs: Which wild card teams have best shot at an upset?

When it comes to reaching the Stanley Cup Final, and winning it, your best hope is to be somewhere in the top-four of your conference. In the salary cap era only 12 of the 16 Cup finalists entered the playoffs lower than a No. 4 seed, while only one of them (the No. 8 seed 2011-12 Los Angeles Kings) actually won it. 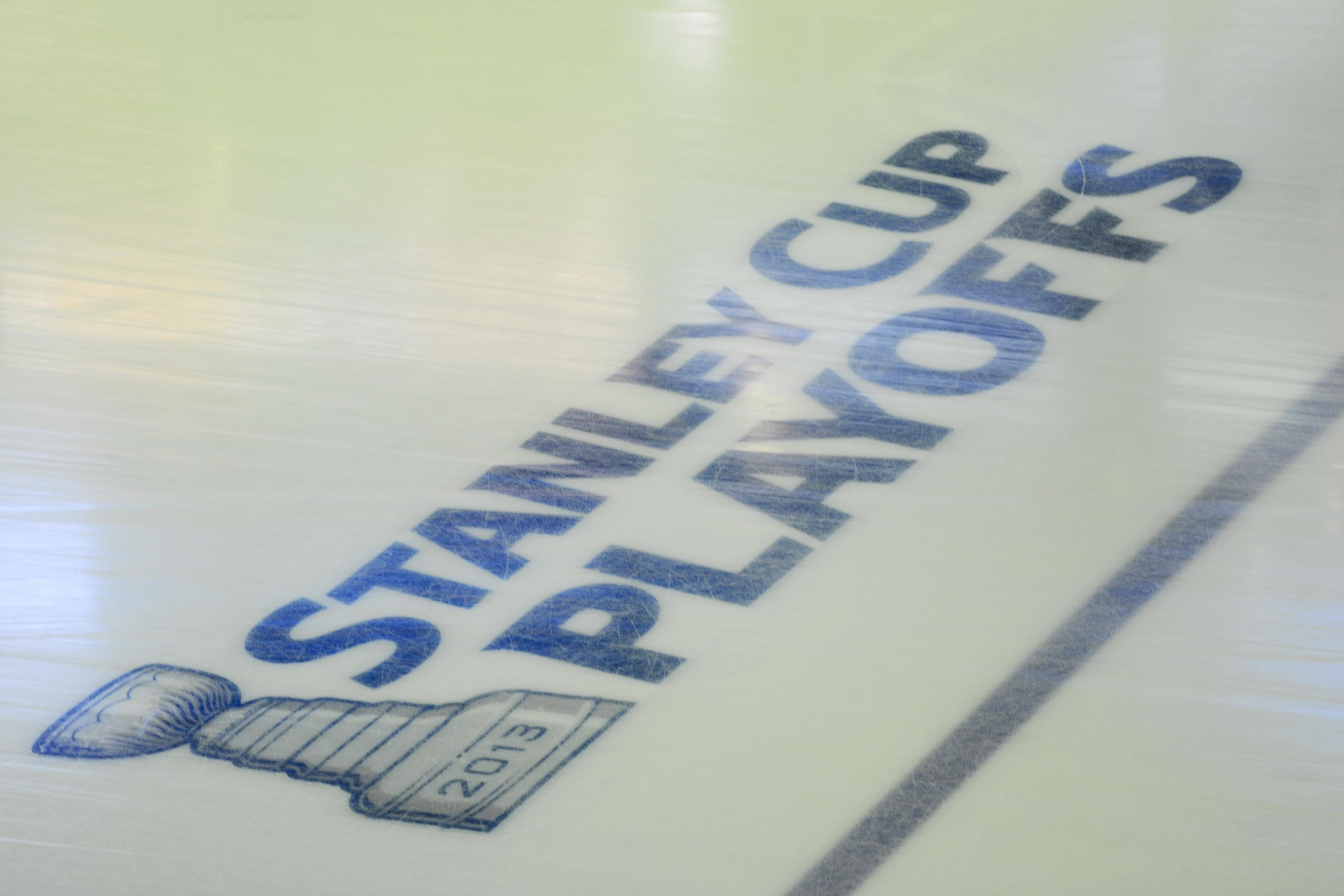 • How the new playoffs work • Does the new system make sense? • The Wild's push • The Bruins are the league's best team • The shootout, the Devils and elimination • Blue Jackets prepare for the stretch run • How the Kings have sustained success • The unraveling of the Canucks

That was under the old playoff format. The new divisional/wild card format has changed the early round matchups a little and has created the potential for riveting first-round matchups that otherwise would have waited until the Conference Final (St. Louis-Chicago? Los Angeles-San Jose?). Because of that, Stanley Cup contenders are guaranteed to go down early simply because they are going to be playing other contenders in their first meeting.

But the No. 1 vs. 8 and 2 vs. 7 matchups that have been a thorn in the sides of top teams for years are still going to exist.

Even though they rarely get all the way to the Final, there still seems to be at least one yearly occurrence where a bottom seed ends up ruining the Cup hopes of a top seed, knocking them out in the first round. Since 2005-06 a No. 7 or 8 seed has won its first-round matchup eight times, and it's happened at least once in five of the past eight playoffs.

So it seems possible, if not likely, that it's going to happen again this year. It's just a matter of which team it's going to be. It might all just come down to getting the right matchup (or, if you're a top seed, the wrong matchup).

This, of course, is dependent on them actually making the playoffs. The Stars enter Friday in complete control of their playoff fate and simply need to win one of their last two games to clinch the final playoff spot in the Western Conference. If they do get in, they seem like a team that can cause some problems, especially if their first matchup is against Colorado or Anaheim. 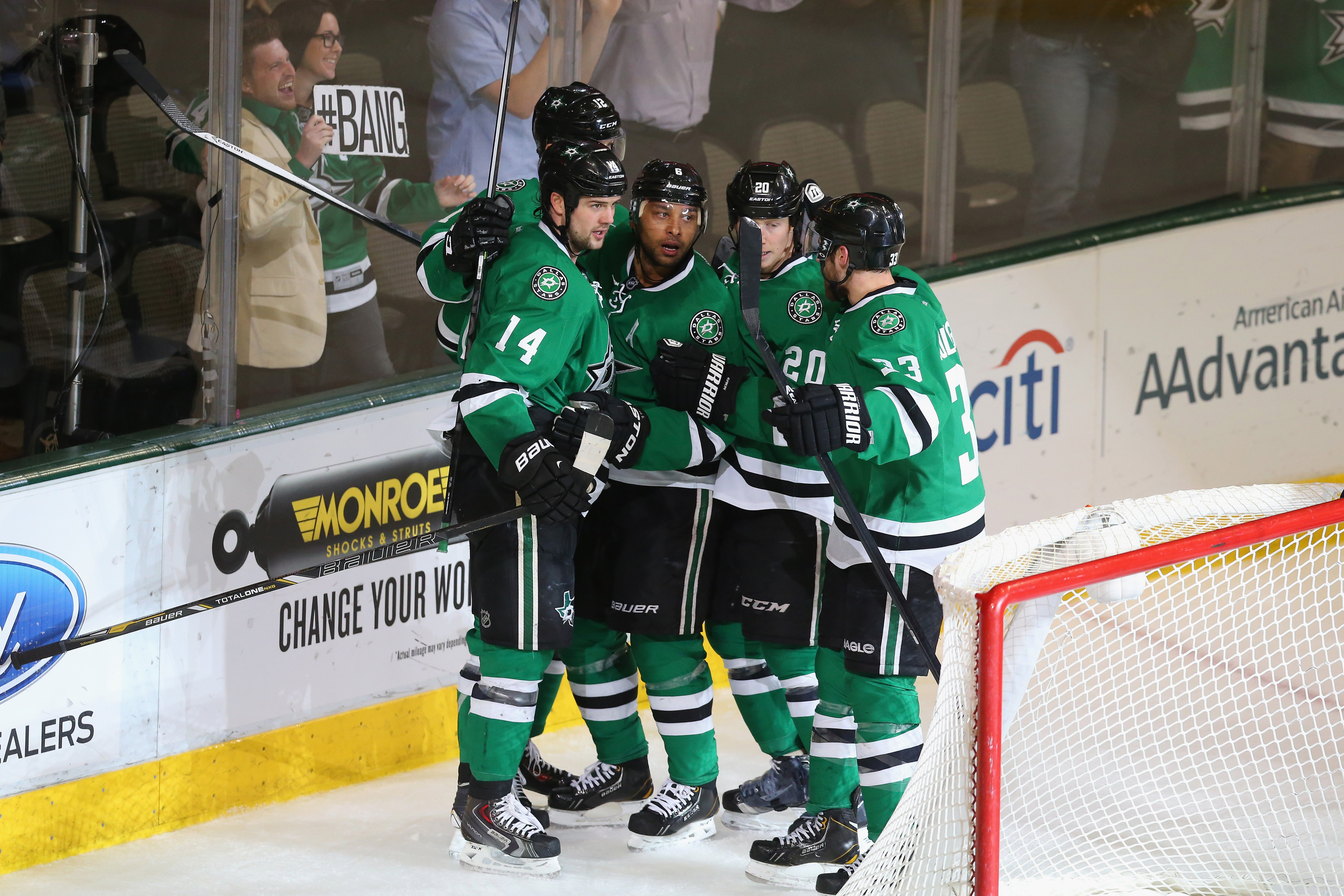 The Stars have a lot going for them as an early round upset candidate. For one, they're a top-10 possession team in the NHL with a 52.2 Fenwick Close (or, shot differential in close-score situations), which is ninth best in the NHL and seventh among playoff teams. Teams that go on deep playoff runs are typically above the 52 percent mark, and one thing that always stood out about the 2011-12 Kings was that even though they were a No. 8 seed, their possession numbers were always among the best in the league and better than every team they played on their way to the Cup.

Of Dallas' potential first-round matchups (again, if they get in) the Stars have better possession numbers than at least two of them (Colorado, a 46.6 FenClose team, and Anaheim, a 50.2 FenClose team).

With Kari Lehtonen they have a capable goaltender and their top line is as good as anybody with Tyler Seguin and Jamie Benn both in the top-10 in the league in scoring.

I'm combining the Red Wings and Blue Jackets simply because I tend to agree with this line of thinking from Ray Ferraro:

Ferraro when asked who was more likely to pull an upset: Columbus or Detroit. Ferraro "whoever plays Pittsburgh"

Of the top-two Eastern Conference teams, the Penguins just seem to be way more vulnerable than Bruins, even as they start to get healthy and get their key players (Kris Letang, Paul Martin, Evgeni Malkin) back in the lineup. 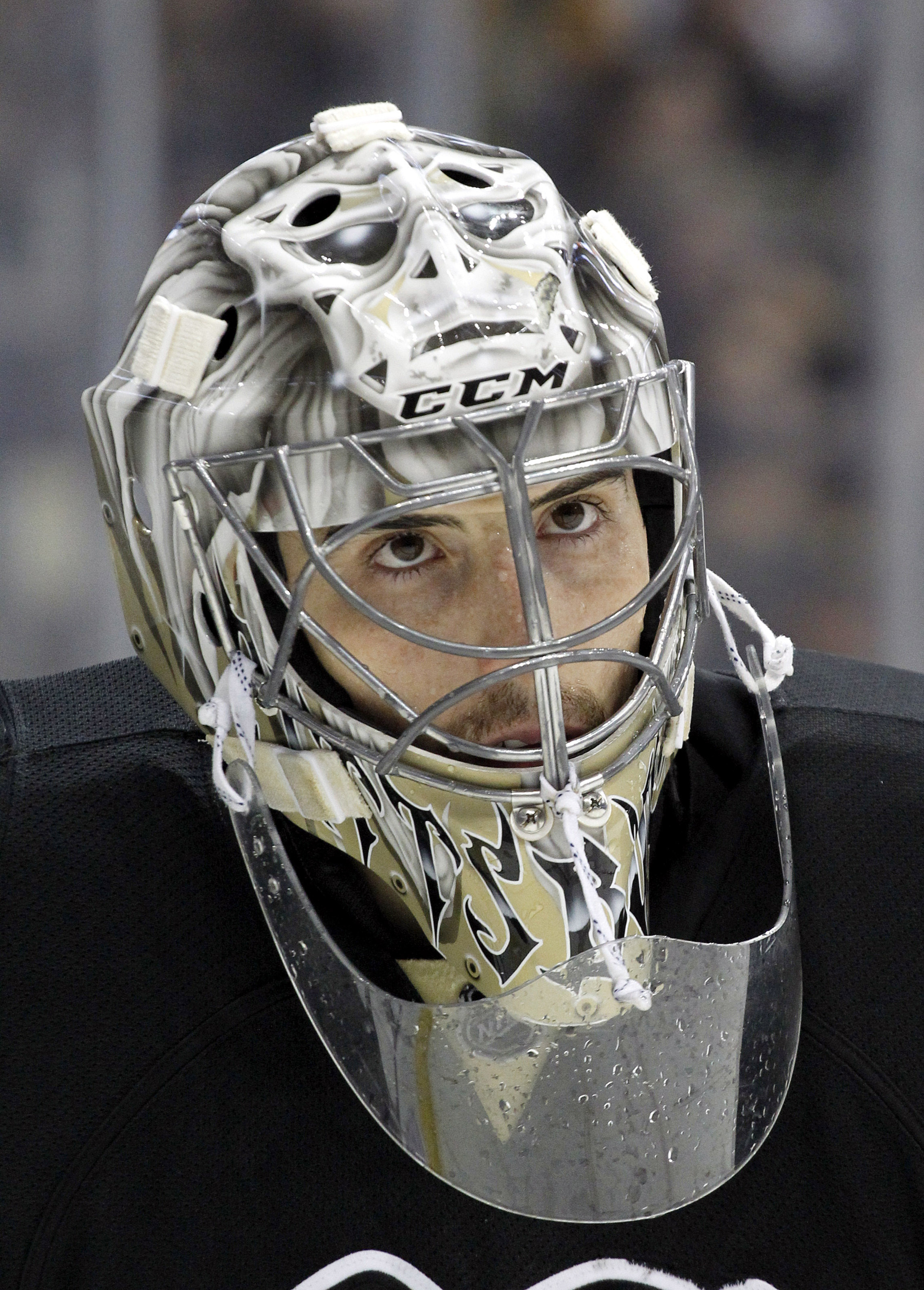 For all of the criticism that gets thrown his way, Marc-Andre Fleury has actually had a pretty good season in net, but his league-worst playoff save percentage over the last four years is going to keep hanging around until he does something to change it, proving that he is not going to completely implode on himself in a series as he's done in each of Pittsburgh's past four postseason exits.

If a team can find a way to keep Crosby or Malkin off the board (staying out of the penalty box and keeping their power play off the ice would be a good start), or get lucky enough to catch them during a stretch when pucks simply aren't going in for them, there is absolutely no offense coming out of this team, especially at even-strength.

With the way Sergei Bobrovsky has played since joining the Blue Jackets (and really, for his entire career outside of that one bad year in Philadelphia) he is capable of stealing a couple of games if it comes to it. With the Red Wings starting to get healthy with Pavel Datsyuk, Daniel Alfredsson and Johan Franzen all back in the lineup, combined with their emerging young stars Gustav Nyquist and Tomas Tatar, are probably a deeper team up front than Pittsburgh. 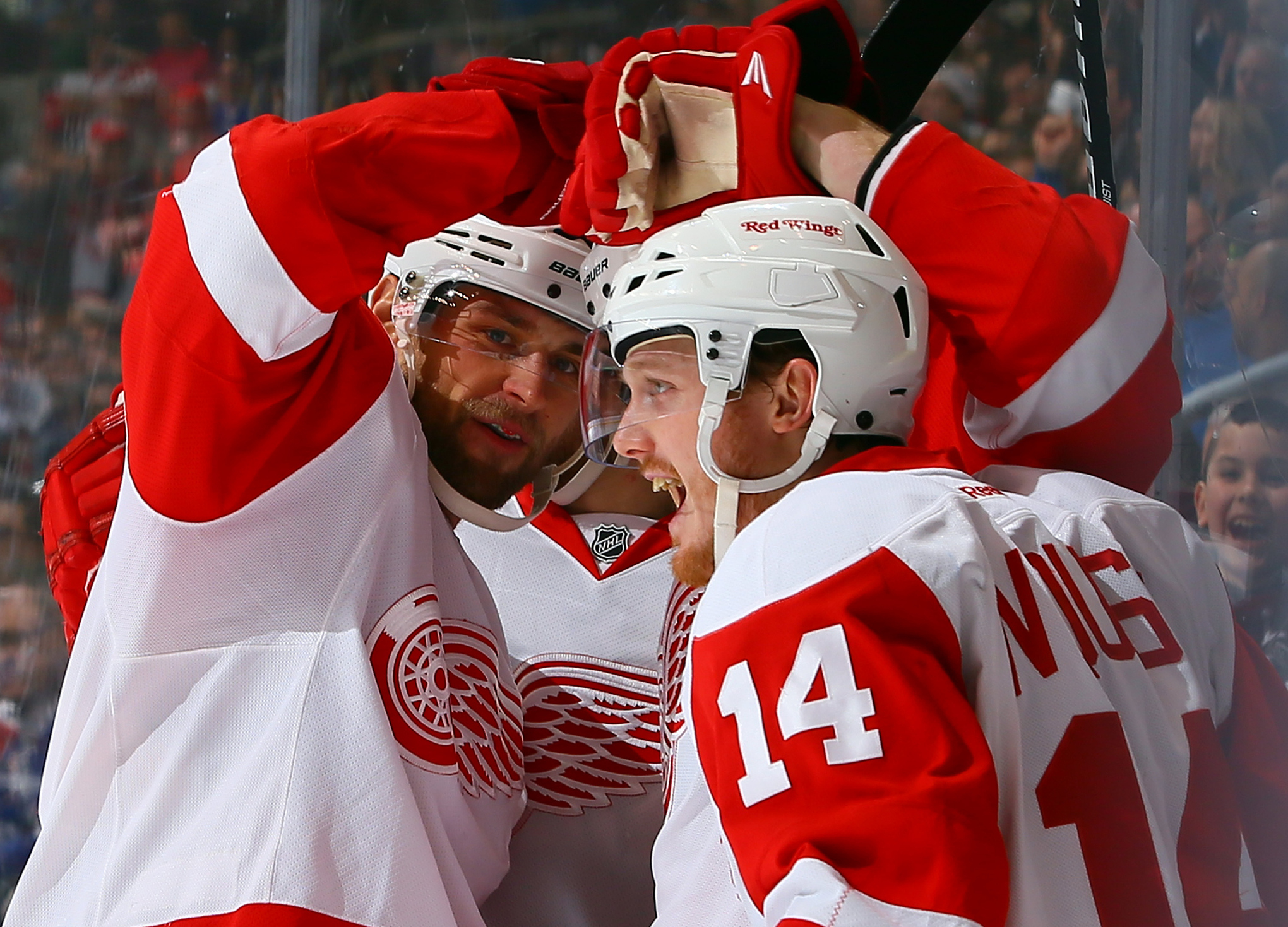 Gustav Nyquist has emerged a player to watch this postseason/Photo credit: Abelimages

Are they Stanley Cup contenders? Probably not. Is this team as currently constructed as good as it's ever going to be? Maybe.

But with a little luck they're going to avoid a first-round matchup against St. Louis and get a more manageable series against either Anaheim or Colorado. 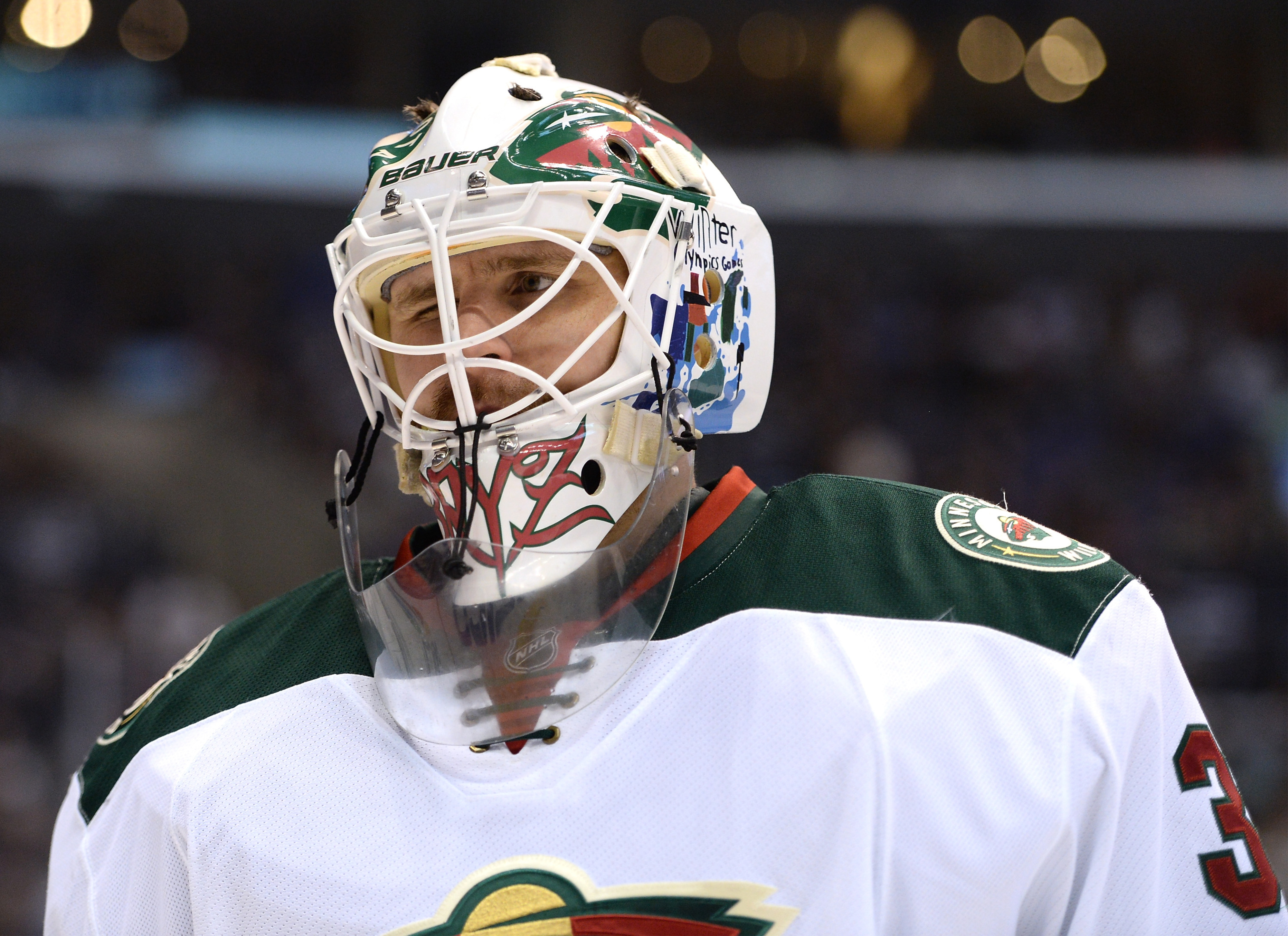 Ilya Bryzgalov has been fantastic for the Wild/Photo credit: Harry How

In the West, the Ducks, even with their regular season success, could be every bit as vulnerable as the Penguins are in the East, and while the Avalanche are a great story and boast one of the NHL's finest collection of young forwards and a goalie that has played out of his mind this season, they still have some serious flaws on defense and are the worst possession team to enter the playoffs.

As the Toronto Maple Leafs have shown us, and just about every Stanley Cup winner over the past five or six years, possession matters. A lot. The Wild aren't great at it, but they're at least comparable with Anaheim and better than Colorado.