NHL playoffs: It's never too early for Patrick Roy to pull his goalie

One of the joys of watching the Colorado Avalanche play from behind is seeing just how early Patrick Roy is going to pull his goalie. He did it with three minutes to play in a playoff game on Thursday. That is pretty early.

Share All sharing options for: NHL playoffs: It's never too early for Patrick Roy to pull his goalie

One of these days Colorado Avalanche coach Patrick Roy is going to pull his goalie in the middle of a game and we're all going to think he has completely lost his mind.

It's already pretty well known around the league that no coach this season has been more aggressive than Roy when it comes sending out the extra attacker in an attempt to tie the game. If you were wondering whether or not he would have that same aggressiveness in the playoffs, where games take on even more importance, he showed on Wednesday during Colorado's come-from-behind 5-4 win over the Minnesota Wild that he absolutely is.

If anything, he was even more aggressive than he was during the regular season.

With the Avalanche trailing, 4-3, Roy decided to remove starting goalie Semyon Varlamov with 3:01 to play in regulation. It didn't result in an immediate reward, but after some extended zone time in the Minnesota end of the ice and a desperation play to save a goal by defenseman Erik Johnson, Paul Stastny finally found a way to get one behind Ilya Bryzgalov with 14 seconds to play to send the game to overtime. Stastny would end up scoring the winner 7:27 into the extra period.

But let's take another look at the decision to pull his goalie with three minutes to play in a one-goal playoff game, which might be considered madness to some even though every piece of data suggests that it's not.

Most coaches, whether it's the regular season or playoffs, aren't going to make that call until there is about one minute to play in a one-goal game. Down by two, they might bump it up to a minute-and-a-half or maybe even two minutes.

For Roy, two minutes seems to be his limit in a one-goal game. If it's more than one goal, he's been known to do it with as many as five minutes remaining.

Here is a detailed look at every pulled goalie situation Roy has had this season with the Avalanche, including the opponent, the deficit faced, how much time was remaining when he made the call, and the shot and goal totals with the goalie pulled. It's pretty amazing.

Let's break this down even further.

All the scores, highlights from Thursday night

Overtime? You wanted overtime? We had four periods of overtime on Thursday night in the Stanley Cup Playoffs. Get caught up.

All the scores, highlights from Thursday night 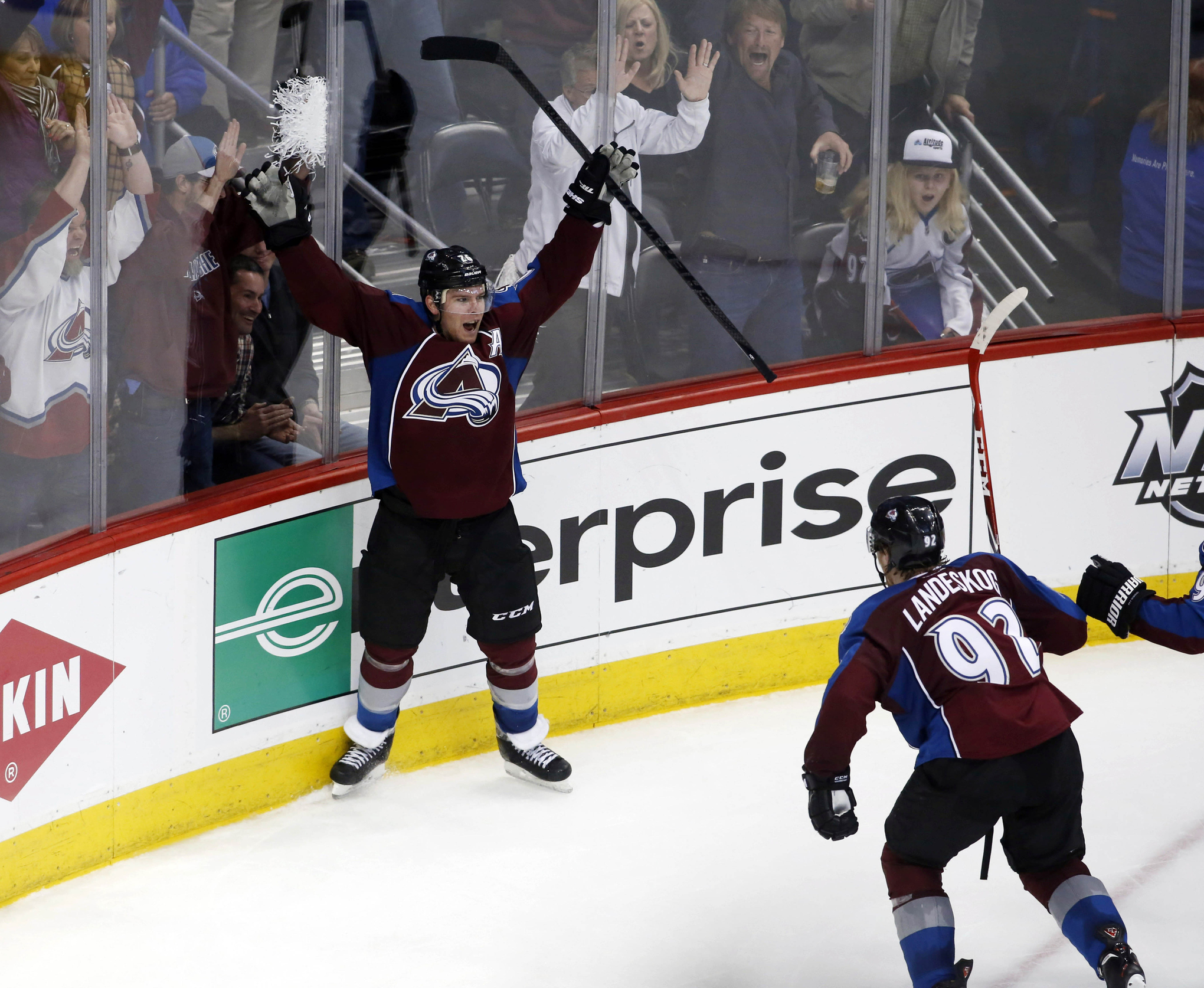 Getting the tying goal just four out of 18 times may not seem like a lot, but even if it resulted in one or two extra wins it still seems like it was worth it. The chances of an NHL team coming back to win a game it's down by a goal or two with four or five minutes to play probably aren't very high to begin win with, and the only real risk is that you might lose a game 4-2 instead of 3-2 (or 5-1 instead of 4-1). The upside is you maybe force overtime one or two extra times and get a couple of extra wins out of it.

On Thursday, he got an extra win out of it. And it could be a big one.