NHL playoffs 2014: How to watch online, TV schedule and more for Tuesday's games

Share All sharing options for: NHL playoffs 2014: How to watch online, TV schedule and more for Tuesday's games

Will the first elimination of the Stanley Cup Playoffs occur Tuesday night? The Tampa Bay Lightning face a 3-0 series deficit going to the Bell Centre for Game 4 against the Montreal Canadiens. If they don't pick up a win, they'll be heading back to South Florida for locker clean out day, not a Game 5. 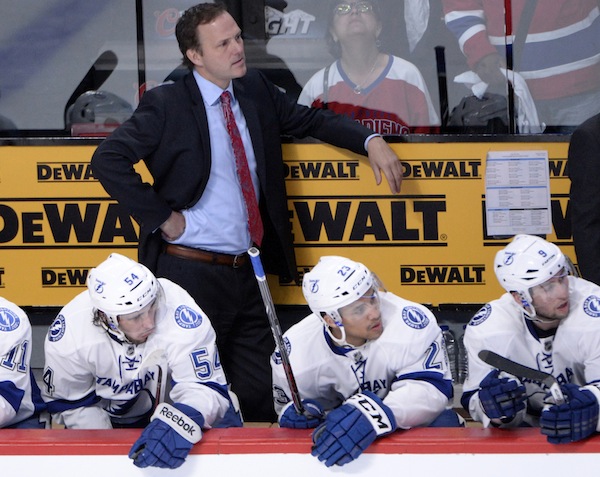 In Detroit, the Red Wings will host a playoff game for the 27th consecutive season. The Boston Bruins dominated Game 2 en route to a 4-1 win to tie the series at one game apiece. The Red Wings will look to control the pace of the game a bit better, and not fall prey to the Bruins' physical style.

The Philadelphia Flyers are coming off a big win at Madison Square Garden on Sunday afternoon, but still need to play better to hold their home-ice advantage against a New York Rangers team that has been better over the course of Games 1 and 2. Ray Emery will start in goal for Philadelphia for the third straight game. Dan Carcillo will check into the lineup for New York.

Out West, the Los Angeles Kings return home with hopes of not allowing a touchdown. The San Jose Sharks crushed them 6-3 in Game 1 and 7-2 in Game 2, giving the Kings plenty to work on. A 3-0 series hole faces them if they can't get it together Tuesday night.