For the first time in 17 years, George McPhee is no longer the general manager of the Washington Capitals. His dismissal was a move several years in the making.

Share All sharing options for: How George McPhee lost his job as Washington Capitals general manager

George McPhee was a staple with the Washington Capitals, the team's general manager for 17 years -- nearly half of the team's existence in the NHL, longer than any other GM in Caps history.

However, while McPhee built a high-octane club following that 2004 NHL lockout, it became quite clear that a new perspective was needed following a downward slide that began after the team's stellar 2009-10 season.

McPhee's hard work and rebuild seemed to be hitting its stride exactly four years ago this week, as the Capitals -- coming off a Presidents' Trophy-winning season, and with 124 points, the most by a non-Original 6 team in NHL history -- were up 3-2 in their series with the No. 8-seeded Canadiens, looking poised to make a long run in the playoffs.

Of course, it didn't turn out that way. The series turned quickly against Washington, with Jaroslav Halak helping the Habs capture Games 6 and 7, sending the Caps home for the summer. While the loss stung, it also led to some crucial mistakes: a chain reaction that ended up slowly dissolving the team's roster, and its Cup chances.

A change in style

Although the Capitals were a difficult team to play with their fast-paced, high-tempo style during that 2009-10 season, McPhee quietly encouraged Bruce Boudreau to change his style the next season during a long losing streak, which turned out to be a critical mistake.

Quite simply, McPhee had built the Caps out of the lockout to play a highly skilled game at a fast pace, and it was a style that few opponents could keep up. But changing the tempo and tenor of the Capitals proved to be start of a fault line for problems that would crack through the locker room and the team's organizational strength.

While the Capitals players themselves were quite happy playing Bruce Boudreau's offensive brand of hockey, a style they were built for and in which they were able to rack up impressive numbers, a defensive style wasn't quite what they wanted to play, nor were they particularly good at playing it. The new-look Caps still managed to win the Southeast and get to the second round in 2011, but were stunned again, as they fell apart and were quickly swept by the Tampa Bay Lightning.

By this point, Washington's roster was beginning to develop sizeable holes. McPhee stockpiled draft picks during the rebuild and used them well, but recent picks weren't panning out, leaving them a big hole at the center ice position.

McPhee and his scouting staff, who were able to turn high picks into cornerstones of the roster in Alexander Ovechkin, Nicklas Backstrom and Mike Green, had difficulty with picks further down the board, and some big misses turned into problems down the road.

McPhee was able to overcome the growing gap in the middle with the rental of Jason Arnott in the last months of the 2010-11 season, but the lack of center depth plagued the team during the 2011-12 campaign, and left an unbalanced forward group that emerged without a real second-line center to complement Backstrom, who anchored the club's top line.

As a result of the disjointed play by the offense and not-so-stellar defense, Boudreau was let go in November, and McPhee elected to bring someone he could trust and knew from his tenure in Washington: former Capital Dale Hunter.

Coaching carousel: from Boudreau to Hunter to Oates 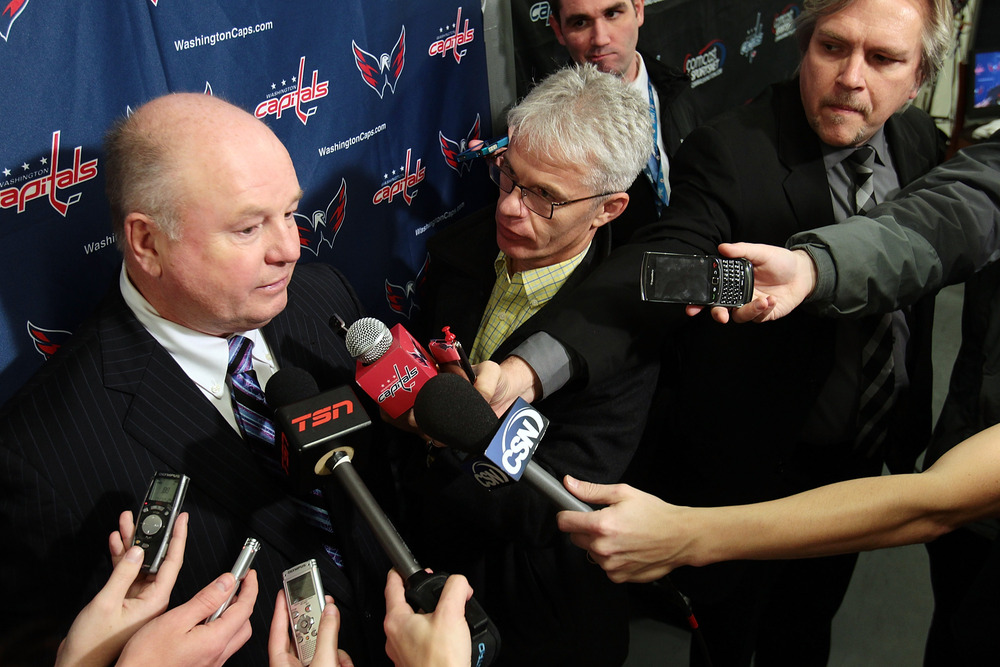 Hunter's system was the polar opposite of Boudreau's with a strong commitment to defense, and grew the division in the locker room. The team's offensive stars, particularly Ovechkin, were frustrated by the lack of ice time, while the team's grinders loved the extra attention they hadn't gotten under the offensive system. Hunter's team upset the defending champion Bruins in the first round, and pushed the Rangers to seven in the second round, although the trademark offense of the Caps -- what the team was actually built by McPhee to do in the first place -- was long gone.

After the season, Hunter elected to return to the Ontario Hockey League and left McPhee with a locker room that had taken sides on the style of play they should use, and seemingly to the detriment of the club. McPhee said after the season he didn't expect Hunter to employ that degree of a defensive style with his club, but didn't want to interfere with Hunter's job on the line. 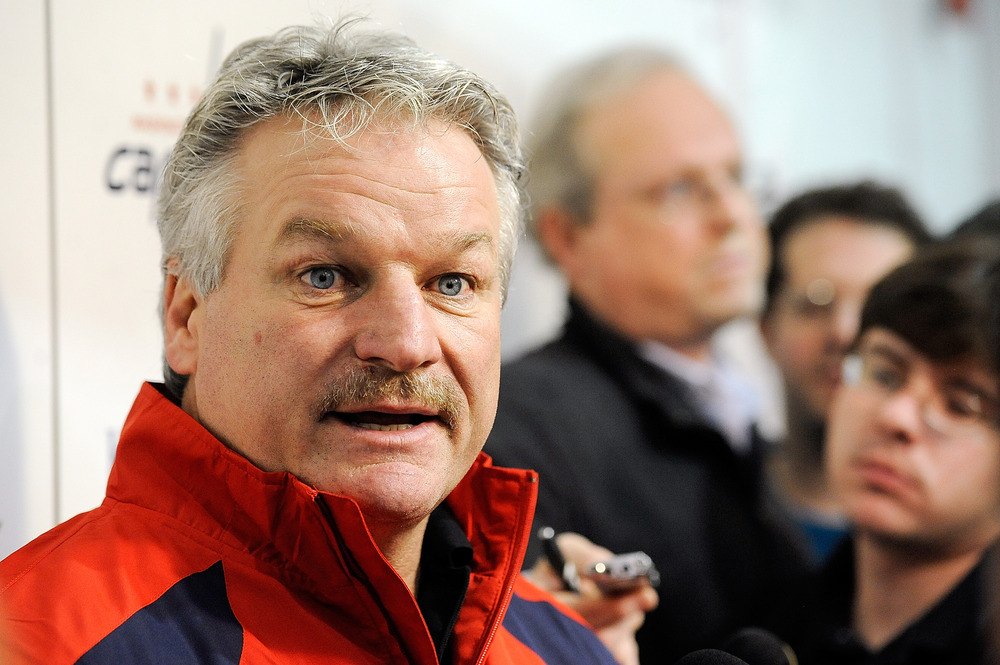 That offseason, Washington also elected to let Alexander Semin go. While the team certainly felt it needed to change the composure of the locker room with the move, the team also never really properly replaced his offensive contribution. McPhee at the time felt it wasn't difficult to replace a 21-goal scorer, but at the same time, McPhee's problem is he never found anyone to replace Semin's role either.

Coaching-wise, McPhee and the Capitals had seemingly found a bridge between the two styles in another familiar face, Adam Oates. But in the end, Oates' hire only seemed to make things much worse.

Oates' club had a good run at the end of the 48-game 2012-13 season, earning a playoff berth as Ovechkin seemed to find his game. But in reality, they were just trying to play another style of wide-open hockey that left the defense more vulnerable. While the team managed to put a strong run in a short-track season, the team suffered another disappointing playoff exit, and by the time the 2013-14 season rolled around Caps were showing gaping holes in their lineup.

By October 2013, the defense was very thin, as some over-the-hill players such as John Erskine and Jack Hillen -- who McPhee had signed to contract extensions despite mediocre performances and advanced age -- were blended with inexperienced players such as Connor Carrick who clearly needed more time to develop but were forced into action above their heads due to lack of properly maintaining the corps.

As a result, the team was playing Oates' more open style with a defense that had difficulty limiting shots against. It left their goaltenders out to dry.

McPhee has always been a loyal soldier, But it became problematic when the proper perspective was needed to fix the Capitals.

While McPhee had traded a blue-chip prospect in Filip Forsberg to get winger Martin Erat at the 2013 trade deadline -- to fill a hole left at wing when Kuznetsov elected to stay in Russia for two more seasons -- Erat was frustrated with his usage by Oates and wanted out.

This was soon followed by another pair of trade demands: Goaltender Michal Neuvirth wanted to be moved due to his playing situation, as well as defenseman Dmitri Orlov, who was frustrated by constant shuttling between the AHL in Hershey and Washington -- solely to fulfill contractual obligations.

Quite simply, Washington's roster was rapidly eroding from the team that dominated the NHL just four years before, with a thin top two lines and a poor bottom half of the defensive corps. The top half of that defense -- where McPhee had installed puck-rushing defensemen Mike Green and John Carlson -- were now being told to outlet pass the puck out the zone. It negated their abilities with disastrous results.

McPhee compounded his mistakes at the 2014 trade deadline as well. He threw his goaltenders under the bus and blamed them largely for defensive problems. Then he traded for another goaltender rental -- of all goaltenders, Halak -- while shipping off Neuvirth, who had just signed as a restricted free agent the previous summer, for an expiring deal.

It became clear that McPhee and Co. were overvaluing certain players like Erskine, Hillen and Brooks Laich, while neglecting holes that had formed in their roster. Then, they rushed unexperienced players into the NHL to fill those holes. 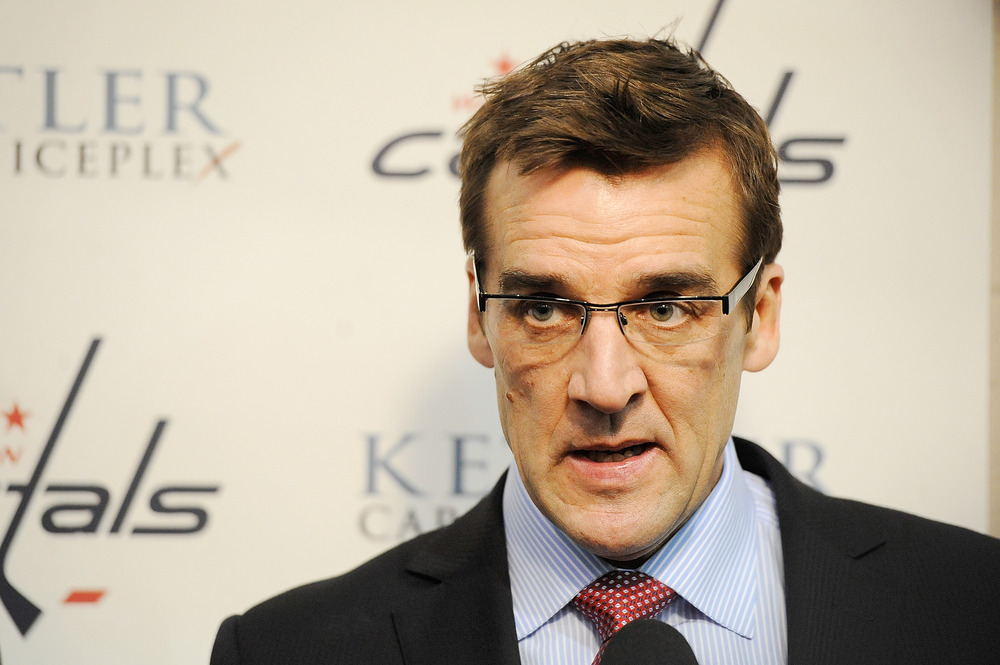 McPhee's achievement in Washington was building a speedy team that was able to outskate opponents, and creating one of the top-scoring teams in NHL history. But his downfall was becoming overly complacent with his roster and allowing major holes to develop on the forward and defensive corps, as well as shying away from using the team he built a certain way to its best abilities.

Trying to change his roster too many times in recent seasons took its toll, as instead of sticking to the formula that got the Capitals to that peak in 2010, seemingly each offseason brought a desire for a different type of player, and the team became a hodgepodge collection of skaters who didn't always play on the same page.

The team went through three coaches, changing one successful coach's philosophy in the process. They never really found the same results under two, and as a result, the team began to have problems on and off the ice.

The Capitals will miss the playoffs in 2014 for the first time in seven years. What happened, and how will they fix it?

McPhee has always been a loyal soldier, many times hiring from within a small circle, and opting to sign a player on his own roster to an extension rather than a free agent or trade. But it became problematic when the proper perspective was needed to fix what ailed the Capitals, and when a player McPhee was loyal to didn't fill what the Caps really needed.

He built one of the most entertaining and skilled teams in recent NHL history. But he failed to properly maintain that roster, and as a result, the Capitals had to make a change before the damage became too great.

The Capitals are now looking for their first general manager since 1997. Team owner Ted Leonsis would be wise to look for someone with a proper perspective of where the club stands, as while they certainly were embarrassed by missing the postseason for the first time since 2007, it's a roster that with some savvy moves could be back to playoff contention in short order.

But if the team hires someone who follows in the recent mistakes of McPhee, the team could be set for another long rebuilding process.