The Champions League returns to crown a European ice hockey champion in 2014-15, but the absence of Russia's KHL leaves us wanting more.

Share All sharing options for: Champions League returns to European hockey for 2014-15, but KHL teams absent

There have been a lot of attempts to crown a European ice hockey champion, but the newest version of the Champions Hockey League, sponsored by the IIHF, seems to be the most promising.

The league held their first ever draw on Wednesday, and 44 clubs from around Europe will take part in the inaugural tournament beginning August 21. Via the Champions Hockey League website, here are the 11 groups: 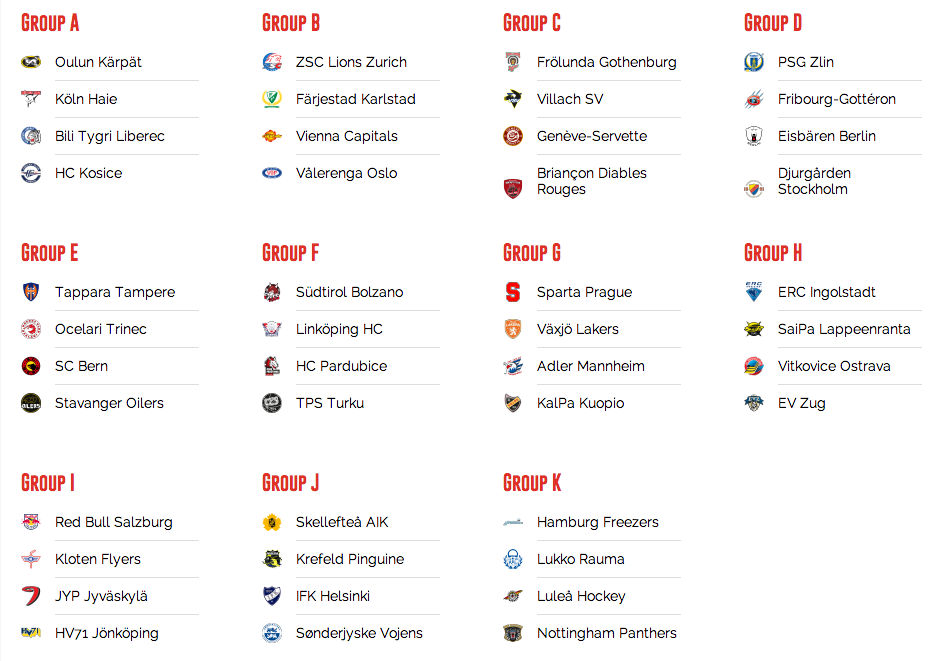 Six of these leagues -- those in Sweden, Austria, Czech, Finland, Germany and Switzerland -- are founding members of the league. 26 clubs from these leagues are considered "founding clubs" as well, and they get in first through an "A license."

The notable exception from this Champions League is Russia's KHL, but the IIHF reports that while they won't be included this season, there's a chance that they will be in the mix for 2015-16.

Between the end of August and beginning of October, teams will play each opponent in their group twice -- once at home and once on the road -- in a round-robin format. 11 group winners and five wild card teams will advance to the playoff round, which will be played in four rounds beginning in November and ending with the Final in February.

It's hard to call this a true European championship without the KHL's participation, but it's a good start.