Corey Crawford isn't under investigation for allegedly spraying a Kings fan with a water bottle during Game 3, despite a report from TMZ.

It's quickly becoming the Year of the Water Bottle Spray in the 2014 Stanley Cup Playoffs.

Now, the Los Angeles Police Department is investigating (UPDATE: They're apparently not investigating Crawford, thankfully) Blackhawks goaltender Corey Crawford after he allegedly sprayed Kings fan Clark Wong in the face during the dying moments of Game 3 at Staples Center on Monday, TMZ reports:

TMZ Sports spoke with Wong who says he was sitting behind the Blackhawks bench -- and was heckling Crawford -- when the goalie was pulled from the game toward the end of the 3rd period.

That's when Crawford -- who's in the middle of a 6-year, $36 MILLION contract -- allegedly whipped out a water bottle and blasted him right in the face.

Wong says he believes the bottle was filled with backwash -- along with water -- and it has caused serious irritation to his eyes. Wong says he's going to a doctor to get his eyes checked.

Here's the thing that doesn't make any sense about this "backwash" argument: While most normal bottles people drink out of do in fact collect backwash, it's nearly impossible for the water bottle of an NHL goaltender to contain backwash.

Think about how goalies drink water: 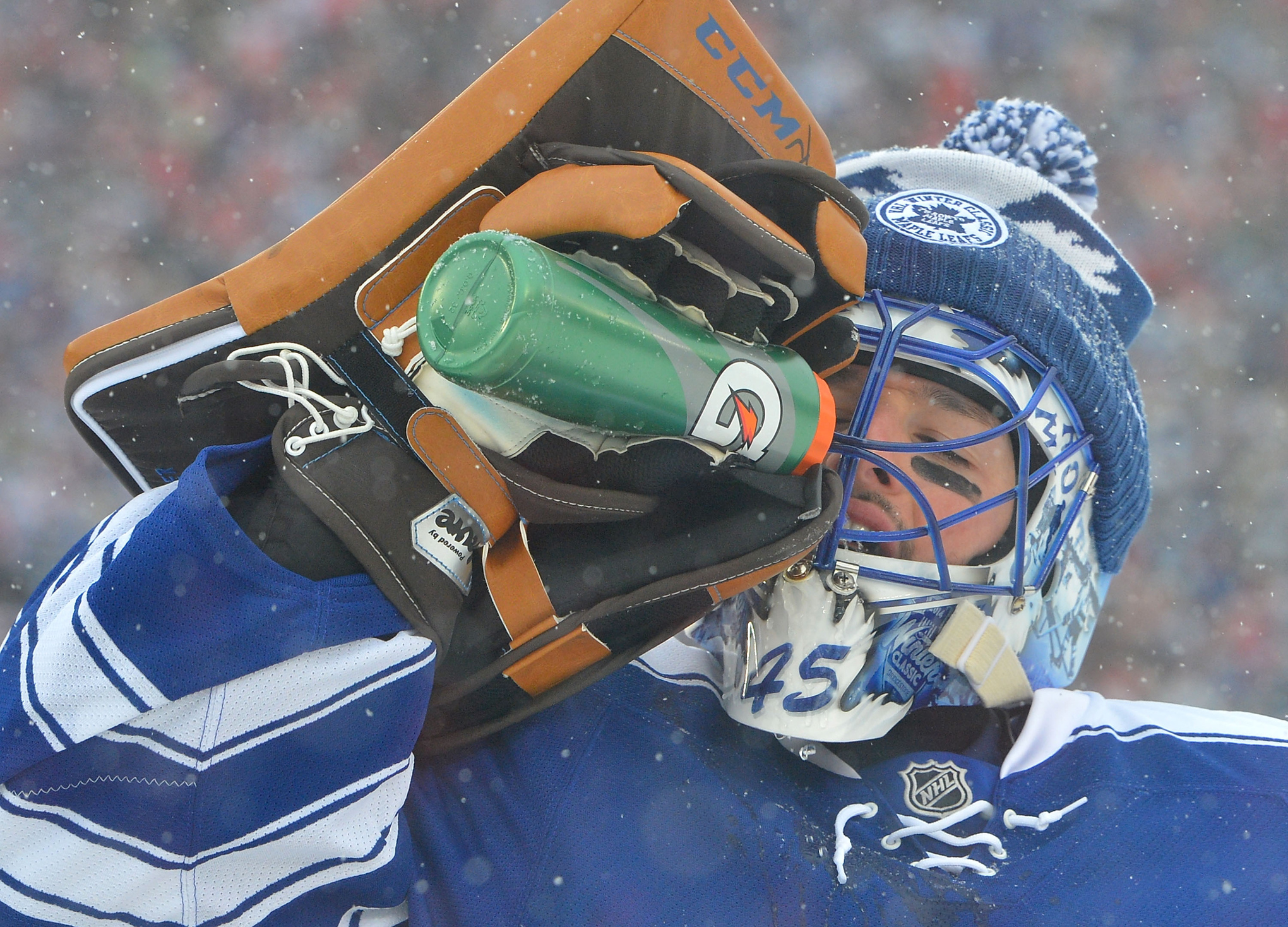 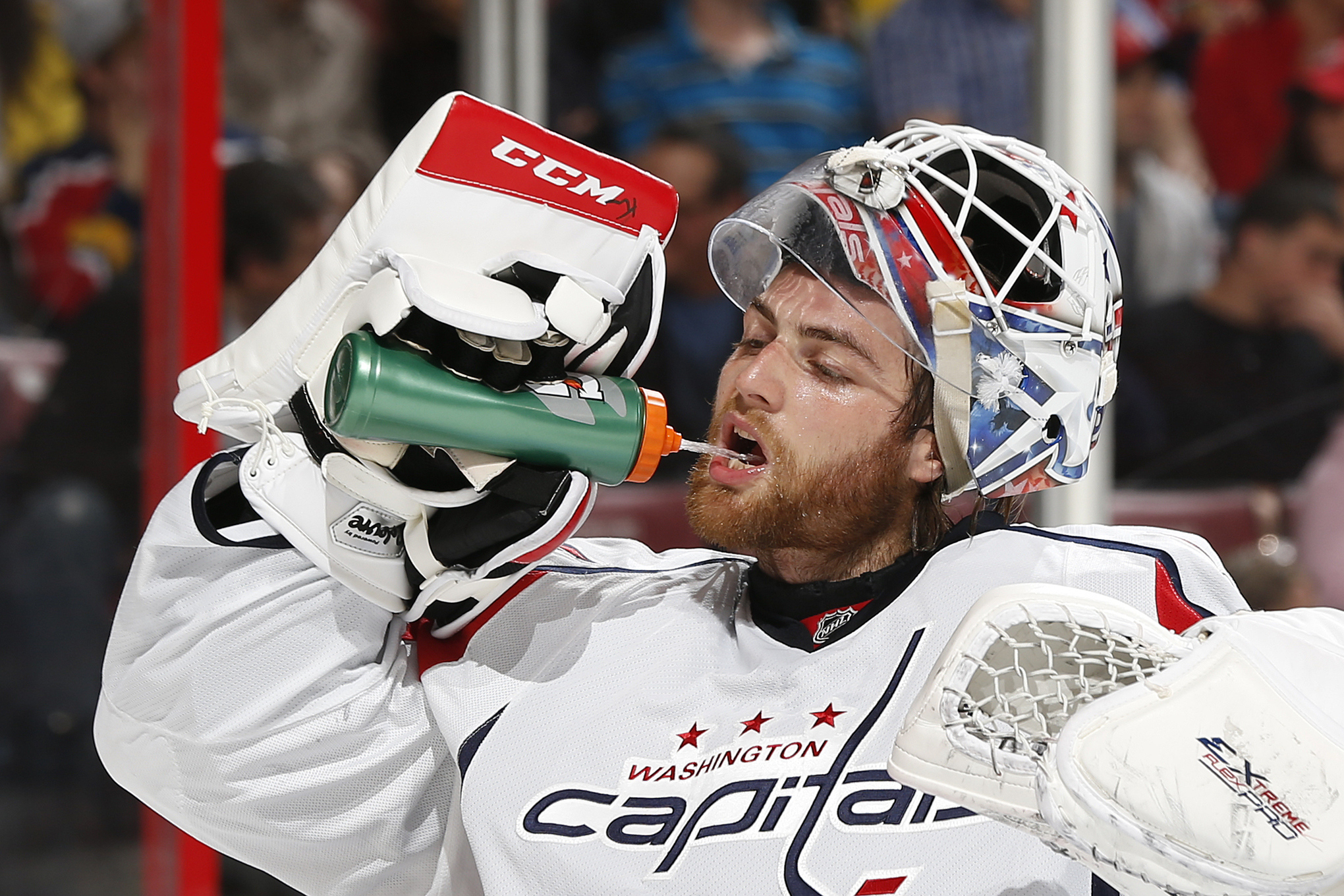 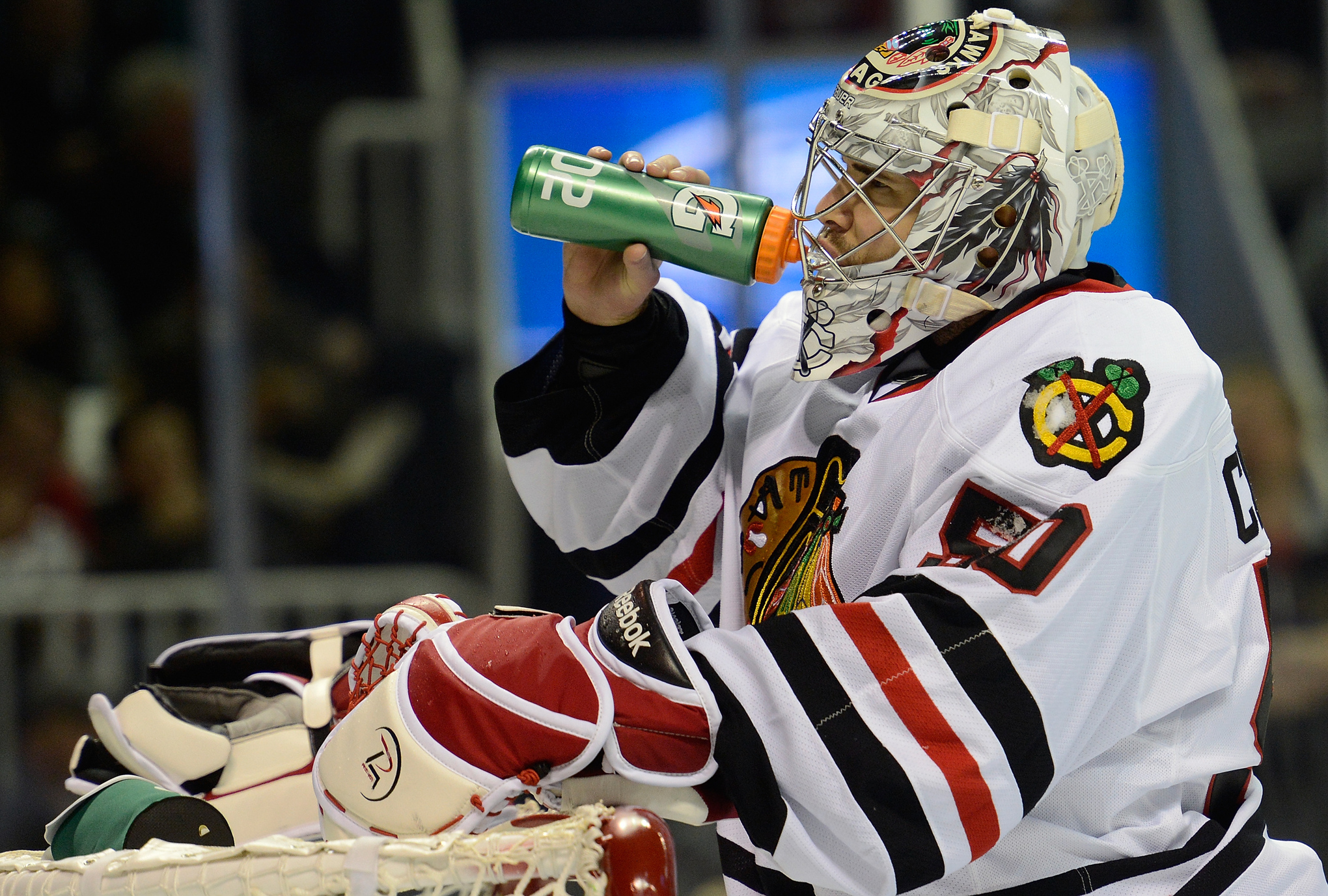 Basically, unless backwash can fly, it seems unlikely that Crawford had it in his bottle, and even more unlikely that it irritated Wong's eyes.

In any event, this whole "players spraying fans with water" thing isn't uncommon. Nathan Horton infamously did it in 2011 during the playoffs in Tampa Bay and was fined the maximum of $2,500 by the league. We can't confirm if Crawford did indeed do this -- it isn't on the video of the game -- but if he did, the NHL will probably hand down a similar punishment.

But getting the police involved? That's some Montreal-level nonsense there, guys.