This was probably going to be the case if it was Boston or Pittsburgh coming out of the East, and it seems that it's especially going to be true now that we know it's the New York Rangers, the NHL's No. 12 team during the regular season in total points and the fifth place team in the Eastern Conference.

But let's not be so quick to dismiss the Rangers in this series. They're a team that's quietly been lurking in the shadows of the for most of the season without any of the fanfare that typically went to Boston or Pittsburgh, who were considered the only elite-level teams in the conference. There are even some parallels between these Rangers and the 2012 Kings, another lower seeded team that was probably better than its regular season record might have indicated that went on to win a Stanley Cup.

They finished the regular season ranked sixth in FenClose (unblocked shot differential in close-score situations) team in the NHL, and that is an important area for a Stanley Cup contender to excel. The Kings, for example, were fourth in 2012 despite being the No. 8 seed in the West.

After a terrible 3-9-0 start to the regular season that included a miserable nine-game road trip (and perhaps an adjustment period to a new coach), the Rangers have played at a 104-point-pace in the 91 games (regular season and postseason) that followed.

They may not be the team that anybody really expected to come out of the East, but they could prove to be a worthy opponent in the Final and maybe even find a way to pull this off.

Any line can score

The best part about the Ryan Callahan for Martin. St. Louis swap at the trade deadline was that it was the right deal at the right time for the Rangers. It gave an already solid team a legitimate top-line winger in a year where the conference was wide open and absolutely there for the taking. The only legitimate threats in the East seemed to be Boston or Pittsburgh, both flawed teams in their own ways, and the addition of St. Louis was a huge one for a team that needed that little extra push offensively.

The line that's carried the Rangers

It's not Rick Nash or Brad Richards driving the New York Rangers right now, but a trio of unheralded players that have clicked at the absolute right time.

The line that's carried the Rangers Clicking under Vigneault

The trade itself hasn't always worked out as planned for the Rangers from a points perspective (St. Louis has just 21 points in 40 games since the trade) but it's still given the Rangers three or four lines that can score and beat you on any given night. And after a slow start, St. Louis has started to pick it up for the Rangers as the playoffs have progressed.

While they may not have that one go-to guy that carries them offensively, their scoring and ice time is pretty evenly distributed throughout the lineup. It's because of that depth that they're able to survive when their top guys hit a stretch of games where the puck isn't going in for them. They went through a 10-game stretch where St. Louis and Rick Nash, their two most talented and highest profile forwards, combined to score zero goals. And they were still able to reach the Final because their secondary players were good enough to pick up the slack, whether it was the Mats Zuccarello, Derick Brassard and Benoit Pouliot line, or the fourth line that came through in Game 6 on Thursday.

This is where teams like Pittsburgh and others in the Eastern Conference failed during the playoffs.

As they've gone deeper in the postseason, the big guys, Nash and St. Louis specifically, have started to chip in more offensively.

St. Louis has seven points in his past eight games after going 10 games where he recorded just a single assist, while Nash, who has been much better than his point total throughout the postseason, has scored in three of his past six games after going 15 games without a goal.

That depth also extends to the blue line.

Deep on D, too

Ryan McDonagh and Dan Girardi gets all of the headlines on the Rangers' defense, and it's usually well deserved, especially in the case of McDonagh, who is not only playing his usual shutdown minutes but has also added some offense to his game this season. After scoring 14 goals during the regular season he's tied for the team lead in scoring through the first three rounds of the playoffs.

But the real X-factor on New York's defense has been the play of veteran defenseman Anton Stralman, as he continues to make a great deal of money for himself this summer in free agency with his play during the postseason. He's not only been asked to start more of his shifts in the defensive zone than any other defensemen on the team, but the Rangers have still managed to come out ahead in the possession game with him on the ice and own a 12-6 advantage on the scoreboard.

Still, when it comes down what will make or break the Rangers' chances we can talk about the forwards and defensemen all we want, but the last reason they shouldn't be counted out in the Final is perhaps the biggest. 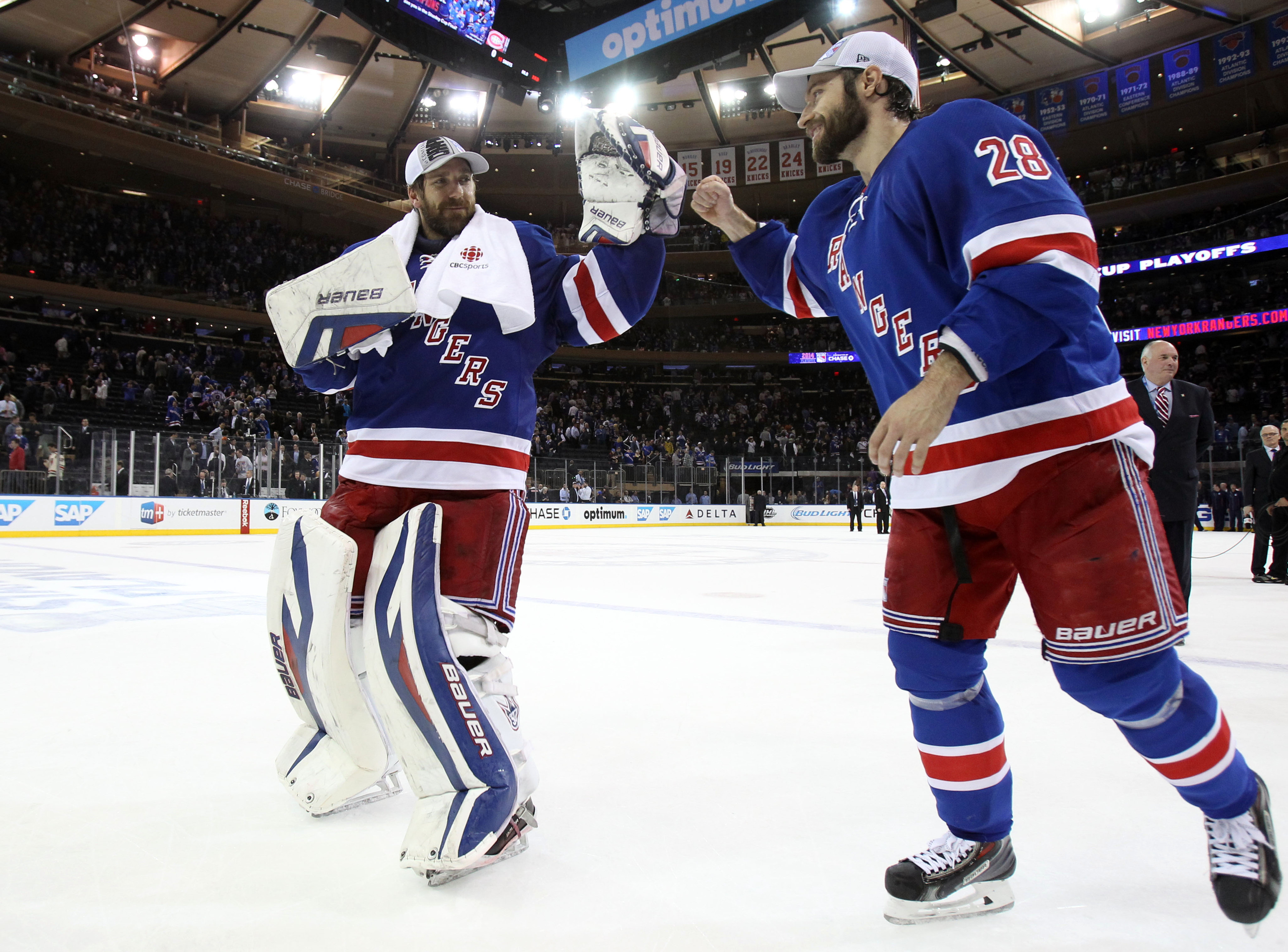 They have Henrik Lundqvist and nobody else does

Jonathan Quick and Corey Crawford may have their names on the Stanley Cup, but the Rangers still have arguably the best goalie in the NHL, and sometimes in a best-of-seven series that can be all you need, especially when that goalie is playing as well as Lundqvist is right now.

He has been sensational this postseason, winning a pair of Game 7s (including one on the road), recording a shut out in the Eastern Conference clinching game and has allowed two goals or less in 15 of his 20 postseason starts.

If there is one player in these playoffs that can single-handedly wreck the Stanley Cup dominance the Western Conference has had the past eight years Lundqvist could be it, and with the way he's been playing over the past two months he may not be one to bet against.