Have several thousand dollars to spare? You can go to the Stanley Cup Final in New York City!

It's been 20 years since the Rangers were last in the Stanley Cup Final, so naturally, fans are a little excited. With that excitement comes some absolutely ABSURD ticket prices for the Games 3, 4 and 6 of the 2014 Final, which will be played at Madison Square Garden.

Prices are pretty similar for Game 4 on June 11, starting at $1,147.01 and topping out at $26,253 for a seat in the Platinum Club, right behind the net the Rangers defend twice, basically at ice level. There's one absurd listing for a seat in section 220 that's priced at $100,501.96. We imagine that ticket will not sell at that price, so we're ignoring it.

Things get a little crazier for Game 6, in which it's guaranteed that the Stanley Cup will be in the house -- potentially to be won by the Rangers. Tickets start at $1,368 but quickly skyrocket, with 94 StubHub listings priced north of $10,000. Twenty-four of those are more than $15,000 and eight are more than $20,000. 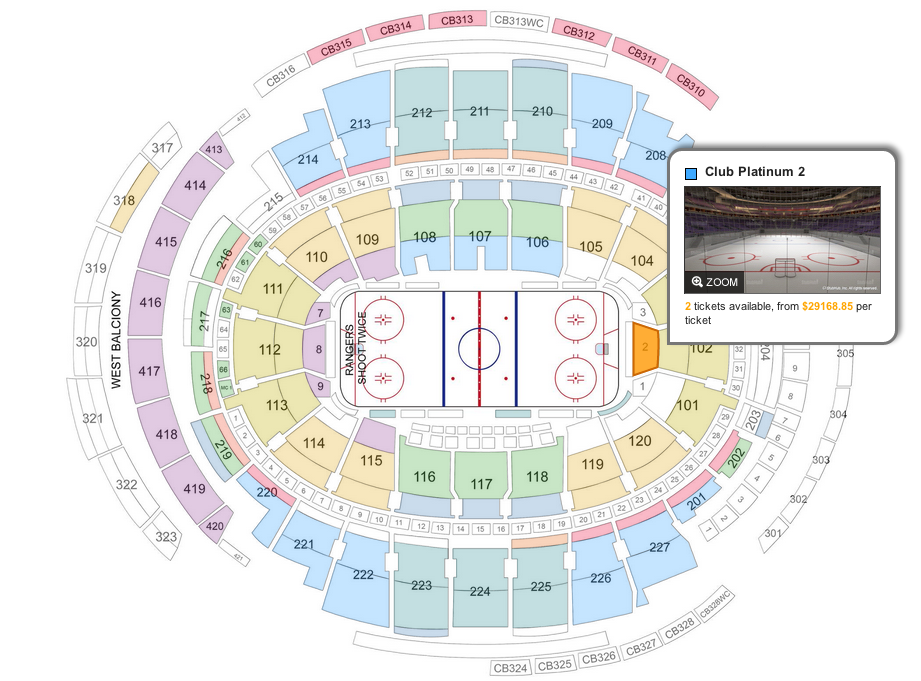 Friendly reminder: the median household income in the United States is roughly $53,000 -- in other words, the average married couple in America wouldn't be able to afford tickets in the Platnium Club together even if they saved up every penny they earn for an entire year.