The top 5 NHL players whose names begin with 'G'

From Gartner to some guy named Gretzky, here are the top five NHL players with last names that begin with the letter "G."

Be sure to vote for the best of the five in the poll below, and follow along all month long as we run through the alphabet.

Share All sharing options for: The top 5 NHL players whose names begin with 'G'

Today, we resist the temptation to just list one guy under the letter "G."

Here's how it works: I've gone through the history of the NHL and plucked the players I believe to be the best with "G" last names. But this isn't my decision completely. Each of these lists over the next five weeks will have a poll attached to it.

Look at the list and vote on the player you think is the best below, and (kindly) let us know in the comments if you disagree with our top five. The five players are listed in alphabetical order.

I feel pretty comfortable saying that most of the guys listed under the letter "G" would be headliners under any other letter. They're victims of circumstance in this one.

No better example of that than Mike Gartner.

Gartner ended his storied career with 708 goals and 1,335 points. Despite that, Gartner never won a major NHL individual award, made a postseason All-Star team or won a Stanley Cup (actually, Gartner never made the Final as a player).

In fact, his legend was well-known before he ever made the NHL, as he had already been given the nickname "Boom Boom" for his fantastic slapshot, something he claimed to have invented (and credit has largely stayed with him over the years).

He was pretty good once he got to the NHL, too. Geoffrion won six Stanley Cups and picked up the 1961 Hart Trophy off his only career 50-goal season. He scored 393 NHL goals and threw in 58 more in the playoffs.

Geoffrion mixed it up throughout his career. He is said to have broken his nose six times and once nearly died after an accident that happened during training.

His number (5) hangs forever in the rafters at Bell Centre. The number was retired on the day he died in 2006.

I love when NHL people compare a prospect to Doug Gilmour. There will never be another.

The hard-nosed, high-end game Gilmour played is not an easy life. The fact Gilmour did it, and did it quite well, for 20 years is what makes him unique.

Gilmour authored three 100-point seasons, part of a run where he topped 80 points eight straight times. He won a Cup in Calgary in 1989, but his best season was undoubtedly 1992-93, when he finished with 127 points in the regular season and added 35 in 21 playoff games.

Gilmour finished with 450 goals and 1,414 points in his stellar career.

The Quebec legend is another NHL great whose name doesn't appear on the Stanley Cup (at least not as a player). Goulet hit 50 goals for four straight years and 80 points over a stretch of seven years with the Nordiques.

He finished with 548 goals in a career shortened by injury. Goulet suffered a severe concussion crashing into the boards in Montreal in 1994 and never played again.

Is there anything I need to say here? Or do 894 goals, 2,857 points, 382 playoff points, and a slew of individual awards and championships get it done?

He's The Great One, for crying out loud. 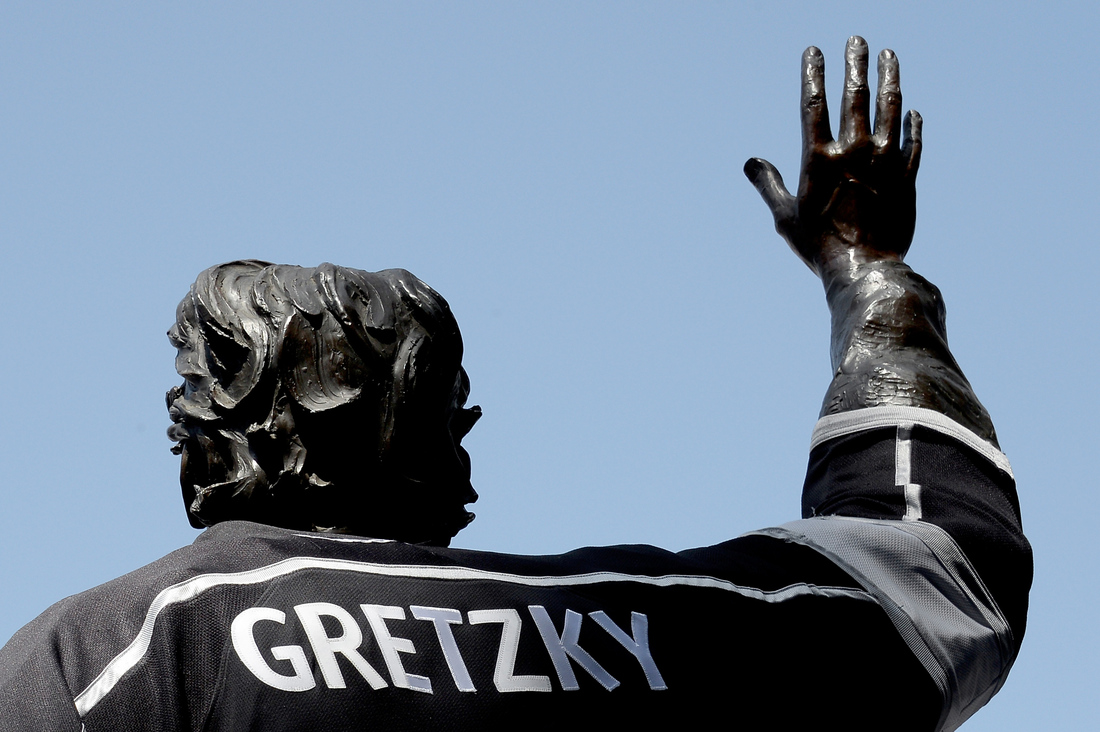