A year removed from going worst to first, things may head south again for the Avalanche in 2014-15.

Share All sharing options for: The Colorado Avalanche could be very bad this year

Only a year ago, the Colorado Avalanche surprised the entire league by climbing out of the cellar and into the foreground of the NHL picture. Just a season earlier, Colorado had finished with the worst record in the Western Conference and only the Florida Panthers accumulated a lower point total.

It's very difficult to make major leaps like this in just one NHL season, simply because of the nature of the offseason. Even acquiring two or three big names, which would constitute a pretty monumental summer, wouldn't equate to a complete turnaround in just a few months. 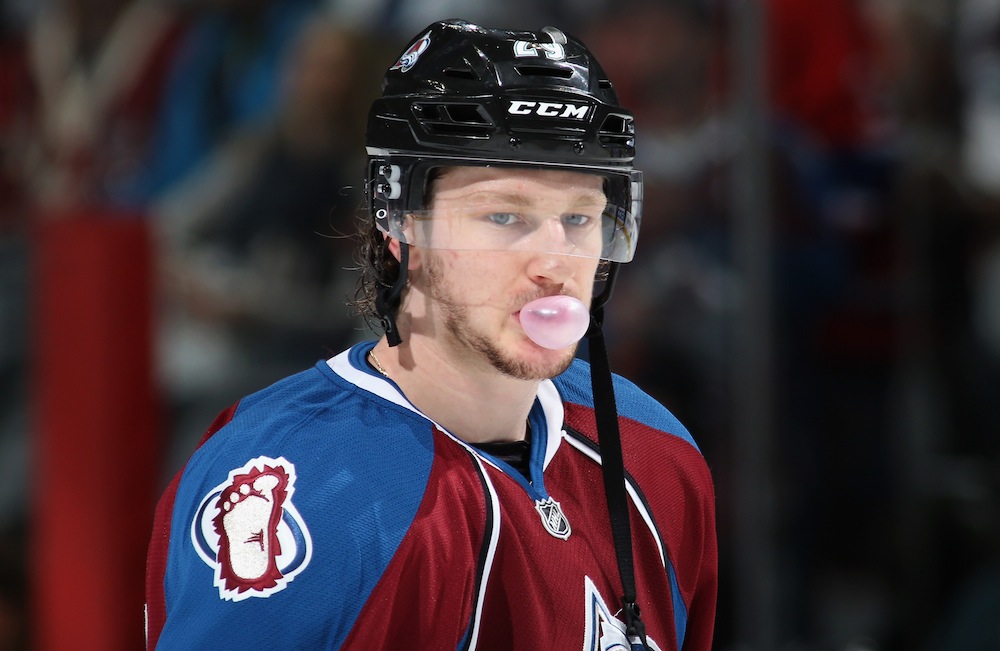 But for Colorado, it did.

The biggest on-ice change came solely thanks to the Avs' prior ineptitude. The Avalanche won the draft lottery and went on to select Nathan MacKinnon with the No. 1 overall pick. He finished fourth on the team in points, and ran away with the Calder Trophy.

Otherwise, the new contributors to Colorado in 2013-14 -- in a season that the team climbed out of the West's basement, won the Central Division and finished second overall in the conference -- were all depth guys. Andre Benoit, Nick Holden and Maxime Talbot combined for 78 points. Outside of those names and MacKinnon, it was virtually the same cast of characters.

The Avalanche also added a new head coach, a face and name synonymous with hockey success in Colorado: Patrick Roy. The former franchise goalie's antics made a quick impression, while his propensity to pull his own netminder earlier than everyone else late in games paid off.

No single one of these points leads to a 30-point jump in the standings, though, which is what Colorado did from 2012-13 to 2013-14. And that's why we believe that what Colorado did was unsustainable -- and that, combined with a horrid offseason, could put the Avalanche closer to the playoff bubble, or worse, in 2014-15.

Colorado's improvement may have be an aberration

A major part of the Avalanche turnaround happened in the crease, where Semyon Varlamov had a career year. He's played the role of a starter three times in his six-year career, all of which came during campaigns in Colorado. His .927 save percentage last year was 10 percentage points above his career average, while his five-on-five save percentage of .935 was over 20 points higher than any season he posted previously in Colorado.

It's very possible Varlamov had a breakout year, and will continue to grow as a goaltender and play better hockey. But that doesn't at all guarantee he'll be a .927 guy for the foreseeable future -- and if that number regresses at all, it's an entirely different situation. If his save percentage was to dip to .920, still a high mark for goalies, it would equate to 13 more goals against, a not insignificant number over the course of 63 games, the number Varlamov played last season.

But what's most troubling about what Colorado did last season can be seen in two numbers, which indicate that its 2013-14 success simply cannot be replicated.

The first of which is its PDO, a statistic that combines a team's save percentage with its shooting percentage and, at its most basic definition, quantifies the level of a team's luck. Colorado had the third-highest PDO in hockey a year ago, on the strength of the second-highest shooting percentage in the league. Luck is a hard concept to quantify in hockey, but converting on shots at an extremely high rate while simultaneously earning an extremely high save percentage from your goaltender is generally something that doesn't repeat season to season.

what's most troubling about what Colorado did last season can be seen in two numbers, which indicate that its 2013-14 success simply cannot be replicated.

The other big issue facing the Avs is their low possession numbers. Their Corsi percentage was just 47 percent in 2013-14, good for 25th of 30 in the NHL. Corsi is merely a plus-minus figure on shot attempts (goals, shots on goal, missed shots and blocked shots), meaning that at even strength, only 47 percent of the shot attempts were directed in Colorado's favor. Their Fenwick number, which is the same stat minus blocked shots, clocked in at 46.7 percent on the year, good for 27th in the league.

These statistics are extremely controversial, and many in Colorado will dismiss you the second you mention them, so let's try to debunk some of the myths. Some have argued the Avalanche's possession numbers are so low because the team takes leads into the third period, and then "changes its style of play," opting for a more passive approach -- sitting back with the lead, if you will.

If that's the case, it's obviously not a strategy that bodes well for long-term success. But more importantly, Colorado held 40 leads after two periods of play this season, or less than half of its schedule. That's hardly enough third-period turtling to have that much of an impact on a season's worth of stats. If anything, Colorado was playing in tied games -- or chasing leads.

If you're looking for a comparable situation, the Toronto Maple Leafs posted similar splits to the Avalanche during the lockout-shortened 2013 season. Toronto had the highest PDO in the league that year, with the worst Corsi and second-worst overall Fenwick numbers in all of hockey. After making the playoffs in that statistical anomaly of a half-season, Toronto missed out on the postseason last year.

Check out how we think Colorado will do this season

They've made some bad offseason moves

Four of Colorado's top five scorers a year ago were centers. Along with MacKinnon, Paul Stastny, Matt Duchene and Ryan O'Reilly were top producers for the Avalanche. They will still have good depth down the middle this year, even though they just barely avoided an ugly arbitration hearing with O'Reilly and Stastny has moved to St. Louis.

But even still, there are self-inflicted wounds here.

It began with a rather peculiar trade, as the Avalanche traded P.A. Parenteau to Montreal for Daniel Briere. From being a more effective scorer, to driving possession better, to being younger, Parenteau does about everything better than Briere.

Then there's the acquisition of veteran defenseman Brad Stuart. This development wouldn't have been as puzzling if not for a quote Roy offered up in the wake of the acquisition.

#Avs coach Patrick Roy on Brad Stuart: "He's going to play some big minutes and can play with Erik Johnson on the top pair."

Stuart averaged the fifth-most ice time for any San Jose Sharks defenseman last season, and it's no mystery why. He doesn't contribute anything offensively at this stage of his career, and he struggles to hold on to and move the puck. Stuart was one of the more sheltered San Jose blue liners last year, starting many of his shifts in the offensive end of the ice -- away from his own net, where he's vulnerable -- and against the opposition's worst players. Whether Roy actually goes through with giving Stuart that kind of responsibility remains to be seen, but it could turn disastrous if executed.

The addition of Jarome Iginla should help alleviate the production Colorado will lose in Stastny, and he'll be a strong candidate to slot in on the first line along MacKinnon and Gabriel Landeskog. That won't come close to fixing the multitude of problems Colorado may face, though, and that Iginla contract is one that will give Colorado fits beyond just this season.

It would have been difficult for Colorado to repeat the kind of season it had before making several offseason blunders. Factor in the quality of competition with the likes of the Blues, Blackhawks, Wild and Stars, who are all improving, and the Central Division could eat up the Avs this season. They conquered it last year, but whether or not they do it again is a huge question mark in 2014-15.