In the NHL's Eastern Conference, mediocrity equals a whole lot of fun

The NHL's Eastern Conference is a giant, mediocre mess. But that makes things ridiculously fun once the playoffs roll around.

Share All sharing options for: In the NHL's Eastern Conference, mediocrity equals a whole lot of fun

Over the past few years, it's almost as if the Western Conference Final has been the real Stanley Cup Final. Usually it features the two best teams in the league facing off and playing hockey at its highest, most entertaining level.

The Chicago Blackhawks and Los Angeles Kings are now regulars in the Cup Final, and the Anaheim Ducks and St. Louis Blues are not far behind them as top contenders, so it's a pretty safe bet that one of those teams is going to be playing deep into June with a chance to continue the recent Western dominance.

But if greatness dominates the West, mediocrity rules in the East.

The East's alpha dogs are vulnerable

In recent years the Boston Bruins have had a nice run, reaching the Stanley Cup Final twice since 2011 and being the one team that has managed to wrestle it away from the West. With Zdeno Chara, Patrice Bergeron and Tuukka Rask, they have probably been the closest thing the East has had to a dominant team on the same level as some of the Western Conference powers. 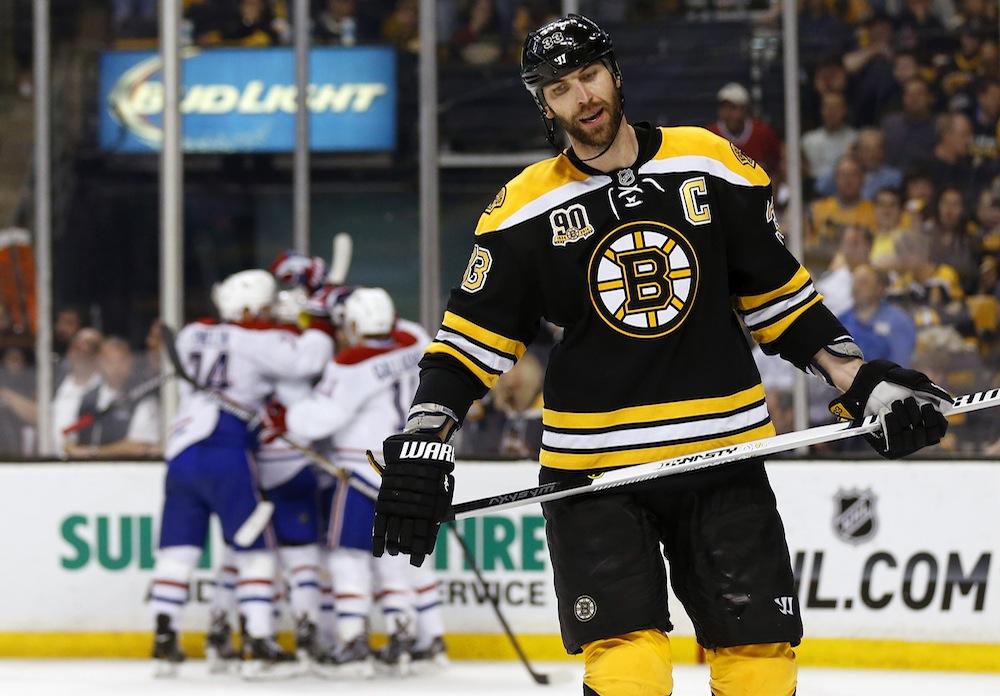 But even the Bruins have their flaws. They are firmly pressed up against the salary cap and still have several young players that need to be signed long-term, and they'll probably need to ship somebody out to make that happen. Chara, their rock defensively, is still one of the top players in the game, but he started to show some signs of slowing down last season, something that is probably not going to go away now that he is 37 years old and will turn 38 by the end of the season.

They're good, but they're not invincible.

Coming out of the 2004-05 lockout, and right after they had a series of top-five picks in the draft that landed them Marc-Andre Fleury, Sidney Crosby, Evgeni Malkin and Jordan Staal, the Pittsburgh Penguins were supposed to be the dominant team in the league ... and a modern dynasty.

For a short time, they were. They reached the Stanley Cup Final in back-to-back years and won it all in 2009 when they knocked off the reigning Stanley Cup champion Detroit Red Wings. But thanks to the salary cap crunch, several postseason meltdowns, poor drafting, some questionable free agent signings and the inability to build a team around Crosby and Malkin, the Pens have failed to get back to that level.

With Crosby and Malkin still in their primes, and some improved depth over the offseason, the Penguins will remain a top team in the East, but aren't a slam dunk to be even one of the final four teams in the postseason.

The result? A total free-for-all

That's pretty much what the Eastern Conference has been over the past few years: no clear dominant team and a wide open free-for-all that has opened the door for a series of unexpected Stanley Cup finalists.

You have to go all the way back to the 2007-08 season to find the last time a top-two Eastern Conference team reached the Stanley Cup Final. Only once since then has a team finished as high as third while reaching the Final. By comparison, six of the past eight Western Conference champions finished first or second in the conference in points, with the two recent Kings teams being the only exceptions.

That's resulted in a collection of less-than-great teams from the East reaching the final -- the 2010 Philadelphia Flyers, the 2012 New Jersey Devils and the 2014 New York Rangers -- and ultimately losing to powerhouse Western foes. You can call it parity if you like, but the lack of a great team in the East allows anybody to simply win the right matchups in the postseason and emerge from the pile of mediocrity.

Check out who we think will win the East

When it comes to projecting championship teams, one of the best statistics to look at is Fenwick Close, the percentage of unblocked shot attempts a team takes when the score is "close." Over the past seven seasons, as far back as FenClose data goes, five of the Stanley Cup Champions have finished in the top-five in the league, including four teams in the top-two and three teams that finished first overall. (Tthe 2013-14 Kings were one of those teams.)

No Stanley Cup winning team over that stretch has finished the regular season with a FenClose lower than 50 percent, while Stanley Cup contenders usually come in at well over 52 percent. Lottery teams and teams that miss the playoffs are usually well below 48 percent.

The table below breaks it down over the past four years.

In the West, you have had no fewer than five teams each year playing at a Stanley Cup level, and even if a couple of them get knocked off in the first or second round, there are two or three more still there. In the East, if a team like Pittsburgh or Boston gets upset early on (something that has happened to both teams in recent years) all you have left is a giant group of teams somewhere in the middle, serving up an easy feast on a platter for the Western champ.

Looking at the makeup of every team in the league, and especially after this offseason's player movement, it's hard to see that structure changing much this season. If anything, some of the second-tier Western Conference teams (Dallas, for example) took another big step forward while some of the top Eastern teams (the Rangers, Bruins, Penguins) may have taken a small step or two backwards.

A year removed from going worst-to-first, things may head south again for the Avalanche in 2014-15.

If nothing else, that is great news for Eastern teams like the Tampa Bay Lightning (quickly emerging as a preseason favorite in the East) and the Montreal Canadiens. Or, really, any team that manages to qualify for the playoffs with a reasonable goaltending situation (Columbus, New Jersey, New York).

Once you get beyond the top one or two teams in the East, and once you eliminate the two or three worst teams (looking at you, Buffalo) the playing field levels off dramatically, and you're left with 10-12 teams that should start the season and have a legitimate shot within the conference.

From there, the only question to be answered is "how many games will it take for Chicago or Los Angeles to beat them?"