The Kings’ former captain is a big reason Los Angeles leads the Pacific with an 11-2-2 record.

Share All sharing options for: Dustin Brown returned to form when the Los Angeles Kings needed him the most

Roster wise, the Los Angeles Kings haven’t changed very much since their miserable 2016-17 season. Their big-name stars like Anze Kopitar, Drew Doughty, and Tyler Toffoli are still there, but the systems have changed thanks to their offseason front office upheaval that took out head coach coach Darryl Sutter and general manager Dean Lombardi in one fell swoop.

The Kings, overall, have been a better hockey team this season. The offense, which once eluded them a season ago, has found ways to be more effective and more stable. So far, thanks to improved quality of shot location, the Kings are eighth in the NHL in goals for with 51 and sit at a 3.40 average goals-for per game through 15 games.

Compare that to last year’s numbers, where the Kings averaged the seventh-worst GF/GP metric at 2.43, and Los Angeles is already clearing the bar, and then some, this season.

The last time we looked at the Kings, they were six games into their season. Nine games later, the goal-scoring and offensive production continue to be in the upper echelons of the league. It still feels too early to say that these Kings are here to stay, but the signs are all there that Los Angeles has found a reliable way to score goals again.

Also looking at a much-needed resurgence is former Kings captain Dustin Brown, who is on pace to have his best career season in 14 years. Brown, you may recall, was given an eight-year extension in Los Angeles in 2013 then proceeded to have a career-low stretch that lasted four seasons. Brown, a previous mid-50-point player in a healthy 82-game season, put up just over half of that number for four straight disappointing years.

The numbers got so bad that Brown was stripped of his captaincy before the start of last season and was relegated to the Kings’ middle-six with an albatross of a contract.

Now, Brown has regained his first-line right wing spot as a point-per-game player, putting up 15 points in 15 games for the Kings. Brown is second on the team in points and, so far, has outscored Patrick Kane and Connor McDavid in overall goals. Where it took four months into the season last year for Brown to score his seventh goal of the year, this season it took him just a few weeks.

Get full coverage of the Los Angeles Kings at Jewels From The Crown.

Brown was never a pure scorer in the NHL, but shooting percentages that low for a sustained period of time is almost unheard of for a former captain.

The Kings’ new system implemented by John Stevens also likely has something to do with Brown’s comeback. In all but one game this year, Brown has played all of his minutes on the Kings’ top line, where he’s put in an average of 20:31 minutes per night. Compared to his previous four seasons, that’s an increase of four minutes each game, putting him back on a track he hasn’t seen since his most effective seasons from 2007-12.

Line optimization does make a difference, as Stevens has stuck with a top line that’s allowed Brown to thrive instead of sticking him in a rotating door of middle-six players. This HockeyViz data from Micah Blake McCurdy does a fine job in illustrating Brown’s usage from this year compared to one of Brown’s worst seasons, 2015-16. 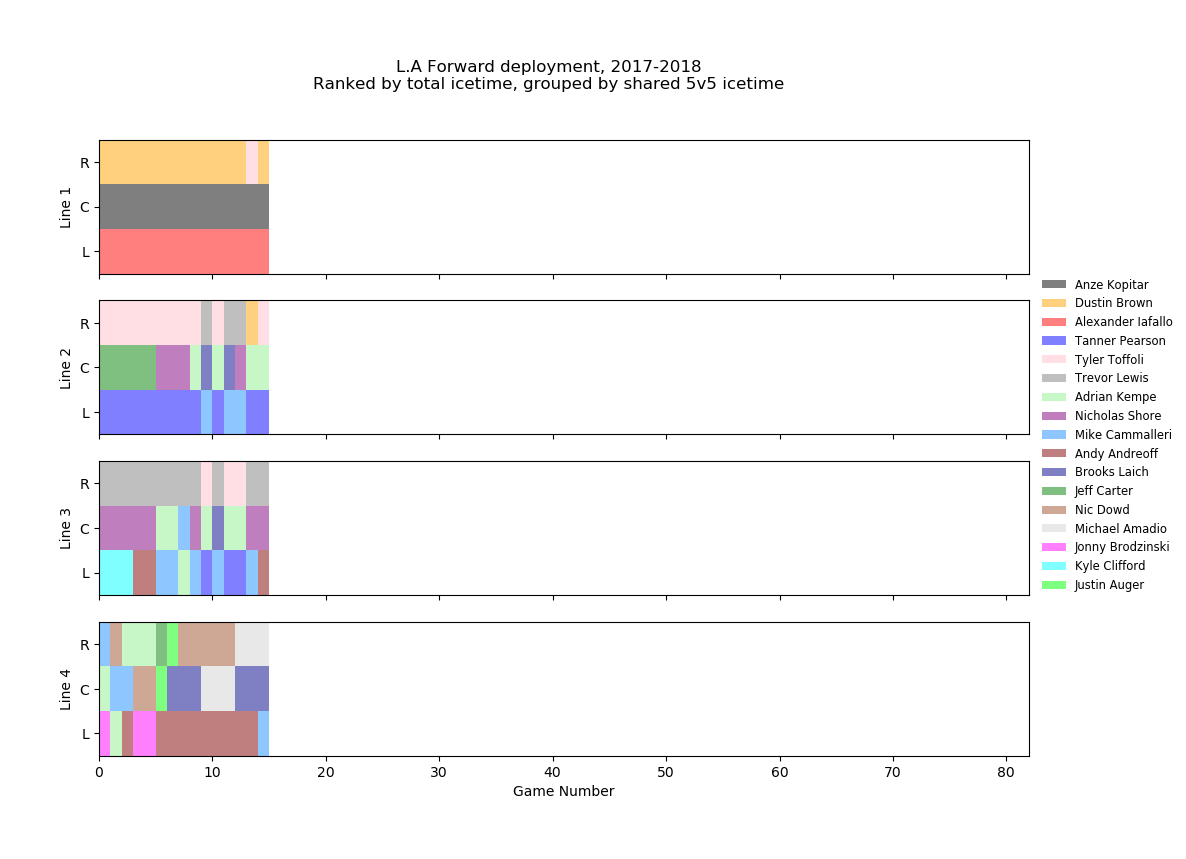 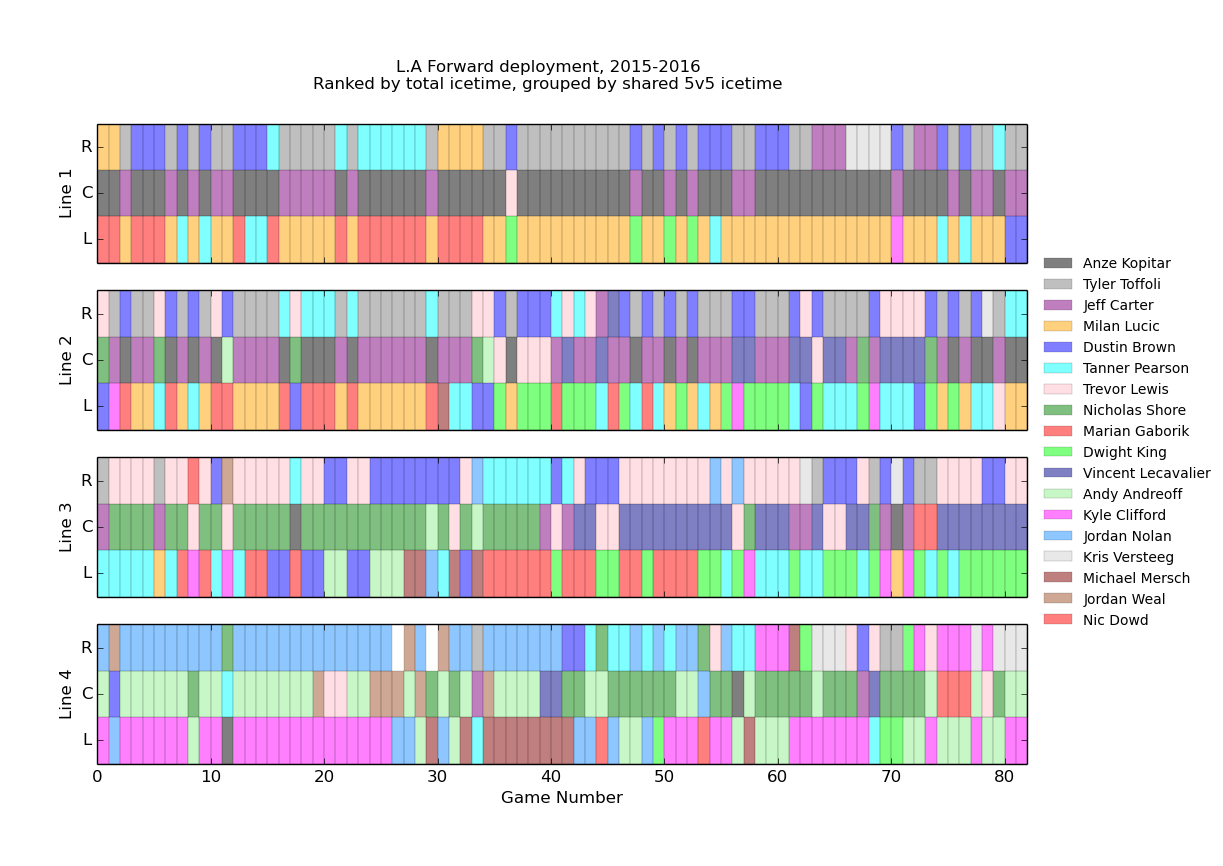 History says Brown won’t be a point-per-game player for the rest of this season, and the numbers back it up. Only once has Brown had a shooting percentage above 14, and that was his career-high 60-point season in 2007-08. Plus, at 33 years old Brown is headed for a regression at some point this season, whether it be next week, this month, or January.

Regardless of projections, Brown’s start has put himself back on the map as key playmaker for the Kings. Given the injury to Jeff Carter, the team’s point leader last season, the Kings can absolutely contribute part of their hot start to Brown finally returning to form.

The latest NHL news and links, delivered on weekdays.