I realize that ESPN is an American company. I know they focus more on American sports, and when soccer gets any coverage, it's mostly focused on England's top division. Of course I'd like to see such a big name in sports giving more attention to Italian football, but really, I would prefer it if they posted nothing at all about calcio, rather than provide a steady stream of misinformation. 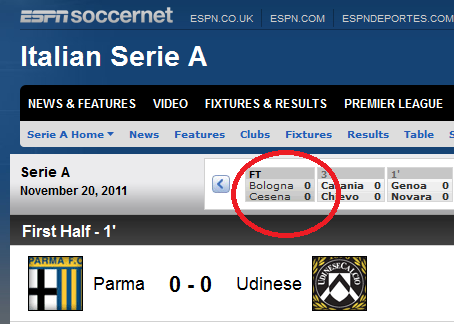 Cesena, of course, recorded their first win in Round 11, picking up three points against Bologna.

Think this is bad? Keep reading.

I sympathize with minor errors. I've put the wrong week in my own updates, or attributed a goal to the incorrect player while providing live coverage. While frustrating, I can even handle it when Soccernet lists a player as starting when he is suspended or even injured.

But what I don't comprehend is this: 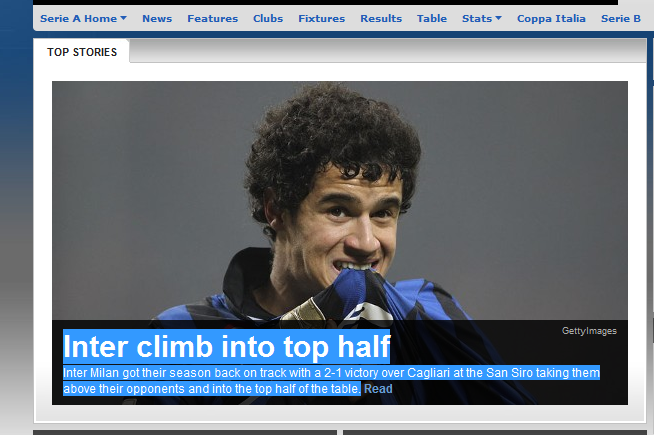 In what world, Soccernet, is 16th place the top half of the table? Perhaps in an alternative Serie A, in which 36 teams participate. But the fact remains that Inter continue to languish at the bottom, a mere three points (but with a game in hand) above the relegation zone.

Come on, ESPN. This is a feature you've placed prominently on the front page of the Serie A section of Serie A. At least take a look at the table you yourselves have on the site.