Stuart Holden hasn't been able to catch much of a break since moving to England and joining Bolton Wanderers as injury after injury has derailed him every time he seemed to find his footing, but that hasn't stopped him from becoming a fan favorite. Part of that is due to his play, which has been fantastic when he's actually got the chance to play, but part of it has also been his willingness to interact with fans, either via Twitter or at events. Nothing tops what he did on Tuesday though as the injured Holden stood in the away section and sang with the Bolton supporters as the club took on Blackburn. 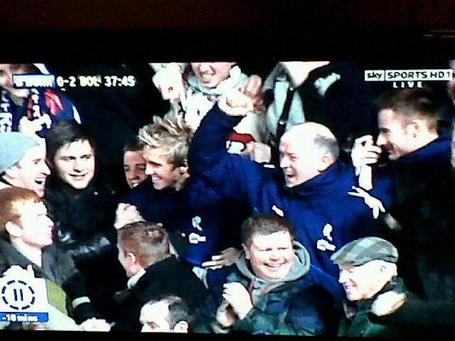