The Portland Timbers today unveiled their new retro 3rd jersey and I for one am a fan, though as is typical with all jersey releases, opinions vary. While the white jersey is often attacked as simple and boring by some fans, there's nothing wrong with a clean look, though this jersey is likely to appeal to a more hardcore and/or old school type fan.

The Timbers will play in the new jerseys during select matches in the 2012 season which will be announced at a later point. 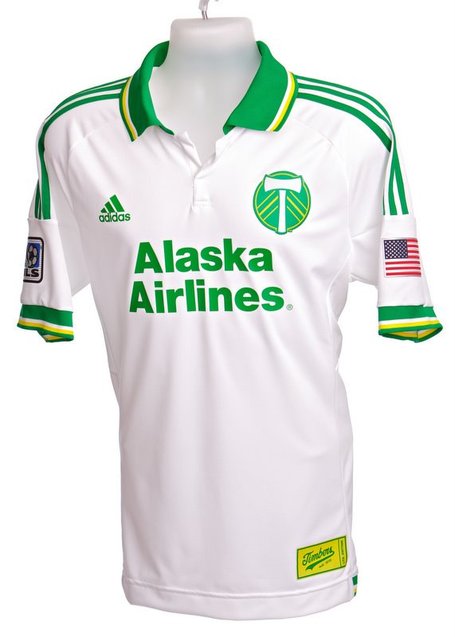 The jersey includes several elements which are described below: 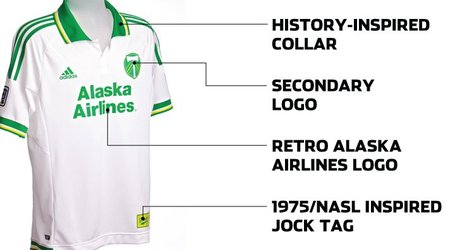 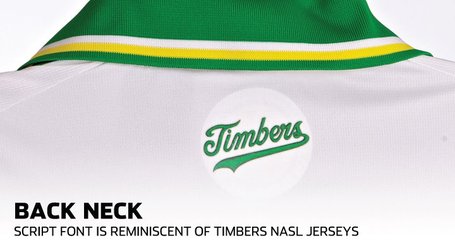