MLS 2011 Preview: Portland Timbers Not Acting Like An Expansion Team

Who do you expect to be in the starting XI on First Kick?

John Spencer has been pretty adamant that every player is vying for a starting position. Given that the Timbers have been recently promoted to MLS I’d say that for the most part that’s true. Most players coming in have probably, or will probably be given an equal shot at earning a place on the starting 11. There are a few of exceptions, however.

First, Kenny Cooper will most definitely be an immediate starter. To put it bluntly, the Timbers didn’t go through all the stress and waste an allocation spot on a player they have planned for the bench. At the press event introducing Cooper, Spencer even said as much.

Second, everything I’m hearing coming out of training is that Darlington Nagbe is a beast of a player. I would expect him to perform very, very well in this upcoming season and, at this point, I’d be ready to declare him as being on the first team.

Finally, and I’m not terribly confident in this, but I’d say Kerrea Gilbert will probably be in the starting 11. While he’s still hung up in England and has been unable to train with the team, my guess is that the Timbers really liked what they saw when they decided to sign him. As such I feel like he is a lock for the team, at least in the beginning pending performance.

My projected line up is as follows: Perkins; Wallace, Danso, Brunner, Gilbert; Zizzo, Moffat, Lowry, Nagbe; Cooper, Johnson (Perlaza/Umony depending on if they get signed) 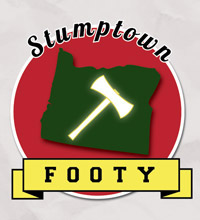 Which new player(s) will have biggest impact?

As a promoted team, there’s been plenty of new players. I think the easiest ones to pick out will be Cooper and Perkins. Each player is coming in with a wealth of MLS experience despite having a rough 2010. As such, I believe/hope that each will want to show the world that they’re still capable of playing top class soccer and will perform as such.

Some other players I’m really excited to see play are: Sal Zizzo - Once hailed as the future of USMNT midfield. Peter Lowry - Been impressed with his play at Chicago. Eric Brunner - Huge center back. Never got into the first team with Columbus, hopefully given the time here he can be rock solid for us.

Which player(s) loss will be felt the most?

Whatever secret CM that was supposed to be "best in the league" that never came to be. Apparently the deal just never came to be and our midfield is weaker for it. Additionally, the loss of Dax McCarty is hurting as well, but I like Wallace as well so I don’t think I’d be keen to make the switch again. The only other player I feel that we may have missed an opportunity on is Alex Nimo who won’t be joining the Timbers in 2011. I’m not sure what happened but I liked the player. He was young, very loyal, and some budding skills I’d have liked to see us continue to grow. It’s a shame that won’t be happening.

At what point is this season considered success?

As a promoted side there’s very few out there who are expecting the Portland Timbers to do very much this season. I’m not one of those people. The ultimate goal for any team in MLS is to win the Supporters’ Shield and MLS Cup. For the Timbers this is no different. Spencer has said it. Gavin Wilkinson has said it. I even think Merritt Paulson has said it. I’m right there with them. Winning these two trophies is the primary way to be considered a true success within the league. That said, to temper my enthusiasm a little bit, I would say that getting into the playoffs would be an acceptable first year in MLS. Also, if we were to win the U.S. Open Cup, especially against the Seattle Sounders, that would be just gravy.

As a newly promoted team can the Timbers expect a difficult season?

Hard to say. Of the last five MLS teams to enter MLS, four have done terribly their first year. This kind of lends to the credibility that new MLS teams are at a disadvantage. The singular caveat here is that the Porltand Timbers are not a new team altogether like those four other teams were. Like the Seattle Sounders, the Timbers have been a team, in its current incarnation for about a decade with history going back to the 1970s. So while there are certainly new team members, and our stadium is getting a nice make-over, the staff and everybody involved with making the team over the last few years is still around. This creates an air of stability that I believe can affect play on the field.

Will the lack of a DP negatively affect the 2011 team?

Possibly and I only say this because we don’t know who the mystery CM that was hinted at last year is. As such, it’s a little difficult to judge how the lack of a DP will really affect the team. Additionally, I’m of the mind that, while a DP certainly won’t win trophies, bringing in somebody who can play at a higher level than is typical of MLS and getting them to mesh with the team appropriately can certainly benefit the team as a whole. Landon Donovan for Los Angeles is a perfect example of this. His very presence on the team raises the quality of all other players. The Portland Timbers will be without one of those kinds of players for 2011, at least an obvious one. One of our current players may turn out to be DP-quality without actually be a DP.