Beyond soccer with Zlatan Ibrahimovic

Share All sharing options for: Beyond soccer with Zlatan Ibrahimovic

For obvious reasons, football matches are better when they have Zlatan Ibrahimovic in them. This is indisputable fact (especially because I will completely ignore you should you try to dispute it, on account of you being a god damn heathen). But this truth, the Zth law of physics, is entirely too limited for a person* of Ibra's stature.

What if we added Zlatan to more things? Would he make them better as well? To begin answering this question, we've taken the liberty of seeing what might happen with the addition of The Great Swede to famous pieces of literature, film, and art.

Tell me, O Muse, of that ingenious Swede who travelled far and wide after he had sacked the famous town of Barcelona. Many cities did he visit, and many were the nations with whose manners and customs he was acquainted; moreover he suffered much in Italy while trying to win another scudetto and bring Milan safely top, but do what he might he could not have his team, for they perished through their own sheer folly in taking the money of the Sun-God Berlusconi. 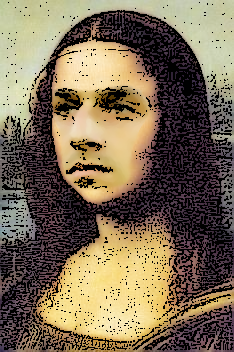 "Step and growl; growl and go -- that's the word with Captain Gerrard. But nothing about his losing his leg last voyage, according to the prophecy. Didn't ye hear a word about them matters and something more, eh? No, I didn't think ye did; how could ye? Who knows it? Not all Liverpool, I guess. But hows'ever, mayhap, ye've heard tell about the leg, and how he lost it; aye, ye have heard of that, I dare say. Oh yes, that everyone knows a'most--I mean they know he's only one leg; and that a Swedish centre forward took the other off."

First came Olorin, whom the elves named the Grey. Gandalf, they called him, and he was wise, slow to anger. Then came Curunir, greatest of the Wizards. He was known in Middle-Earth as Saruman the White, and his cleverness and skill was surpassed only by the Great Enemy. Radagast, friend to beasts, disembarked next. Some said that through the eagles he was the Istari closest to Manwe. Alatar and Pallando came too, but they were summoned into the east and not heard from again during the Third Age.

But last to emerge, and by far the most powerful of the Wizards, was Zlatan, devilishly attractive and God to the people of Sweden.

TS: No. No. That's not true! That's impossible!

VADER: Search your feelings. You know it to be true. What Messi does with a ball, I can do with an orange. I am Zlatan.

VADER: Thiago. You can destroy Ligue 1. They have foreseen this. It is your destiny. Join me, and we can rule France as striker and centre half. Come with me to Paris Saint-Germain. It's the only way.

A small sample size, perhaps, but the conjecture seems to hold up so far. All hail Zlatan.

Zlatan Ibrahimovic is just the best