Crew Get Sponsor, But Those Shirts Are Really Ugly

Share All sharing options for: Crew Get Sponsor, But Those Shirts Are Really Ugly

Kudos to the Columbus Crew for getting a shirt sponsor. Barbasol is a perfectly respectable, United States-based company that the perfectly fits the Crew's blue-collar image. That the deal is for five years is also a positive sign. But about those shirts ... they are awful. Just truly, truly awful.

No MLS team is in a position to turn down lucrative shirt sponsorship, and I'm in no way suggesting the Crew could afford to be picky, but there had to be a better way to showcase the sponsorship that block, black lettering on a yellow background. These look like they just put the sponsor on with electrical tape. 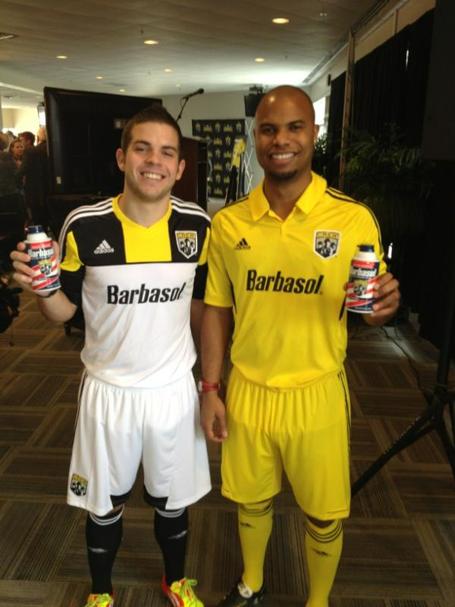 Truth be told, maybe I'm being a bit harsh. I do think the white shirt looks a little better, although still pretty ugly. My reaction to these is probably more about my general distaste for the base design of both shirts, which manage to be both boring and ugly all at the same time. I suppose ugly with a sponsor is better than ugly without a sponsor, which is better than the San Jose Earthquakes, FC Dallas, Colorado Rapids or Sporting Kansas City can say right now.