The Montreal Impact were hoping to break the city's record for biggest soccer crowd when they made their MLS debut. With an announced crowd of 58,912, that's exactly what they did.

That crowd eclipses the 58,542 that saw the NASL's Montreal Manic play a playoff game in 1981 and the more than 55,000 that say the then-USL Impact play a CONCACAF Champions League game in 2009. It also ranks as the eighth largest non-doubleheader crowd in MLS history and the second biggest MLS crowd since 2007.

According to Peter Hirdt of Elias Sports, only two Montreal Expos crowds were as big as this one during that team's 27 years of residency in Olympic Stadium.

It also continues a rather impressive trend in Canada. Combined with Toronto FC's CCL quarterfinal against the LA Galaxy and the Vancouver Whitecaps' MLS opener against the Impact, well over 120,000 people have attended the three matches involving MLS teams in Canada this year. That has to be seen as a hugely positive sign for MLS, which didn't even have a Canadian presence prior to the 2007 season. 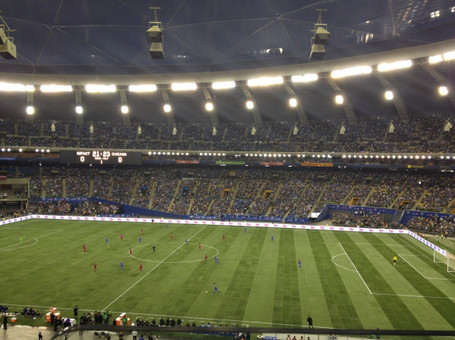