So. Manchester City win a league title for the first time in 44 years, scoring twice in the final two minutes of a 3420 minute season to steal away a win from arch-rivals Manchester United. As you can imagine, their fans are rather pleased.

How pleased? This pleased: 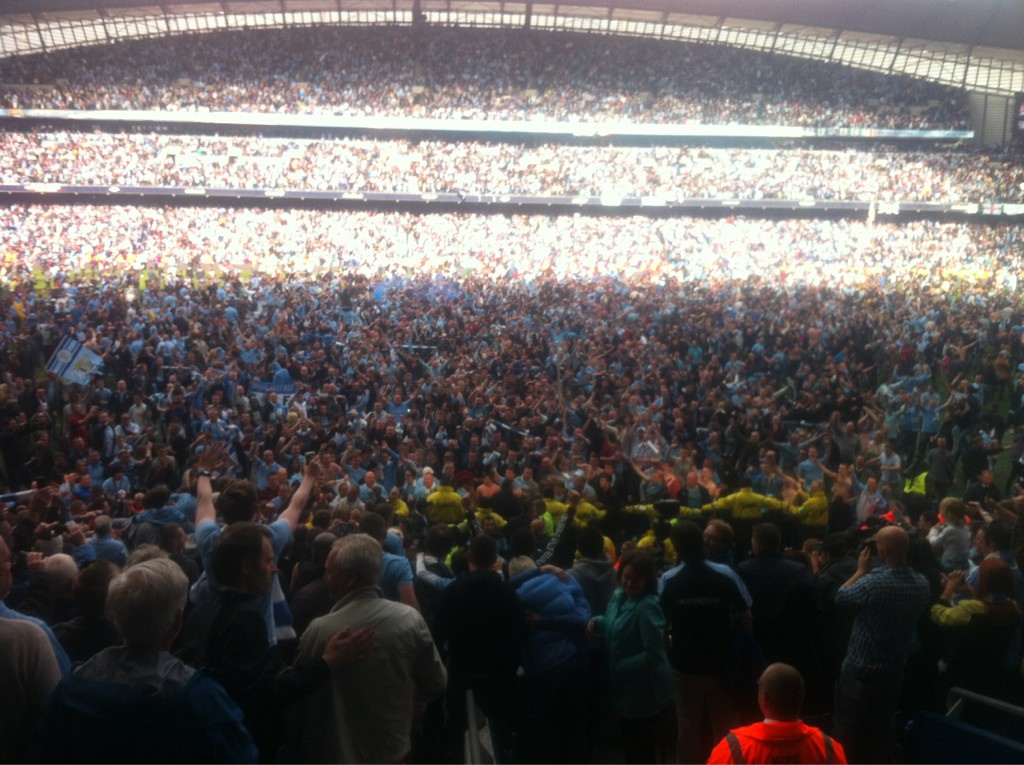 I think my favourite part of this photograph is the line of security personnel trying to prevent... what? The crazed, celebrating fans getting near the other crazed, celebrating fans? Is there a bottomless pit at the Etihad Stadium that they had to keep people from falling down? They sure weren't preventing a pitch invasion. It had already been pretty well invaded.

Anyway, the fans were eventually cleared off the pitch so that City could have their trophy presentation. What an incredible day of football this was.