Juventus Celebrate Serie A Title By Refusing To Accept Reality

Share All sharing options for: Juventus Celebrate Serie A Title By Refusing To Accept Reality

Juventus and their fans celebrated the club's first Serie A title since the 2002-03 season with all the fervor and joy that you would expect. It's been a long wait for The Old Lady who have finally returned to the top of Italian football after some dark years in the wake of the well publicized Calciopoli scandal that saw them stripped of two league titles.

Of course Juventus are still angry over their lost titles and relegation due to the scandal but you'd think at some point they could just accept history and move on. Instead, they decided to show their distaste with Italian football authorities by displaying a giant banner on the outside of the stadium proclaiming the club are "Campioni D'Italia" for the 30th time. 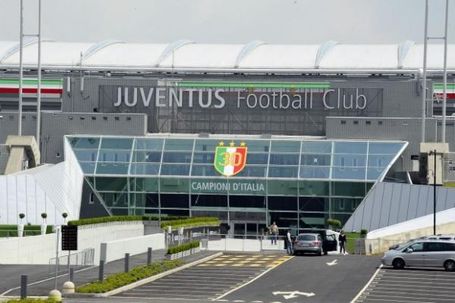 This is of course a problem because Juve are "Campioni D'Italia" for the 28th time. That's what the record books show but the club is clearly not going to let things go.

Personally, I hope they add a third star above their crest on their kits next season and start a massive hullabaloo because it would be entertaining. It would only be better if the Italian Federation swooped in a deducted Juve points and gave the title to AC Milan. It won't happen but it would be the best story of the year.

Just a quick point of reference, in Italy a star above the club badge denotes 10 league titles. After all seeing Juve with 28 stars or Milan or Inter with 18 stars over their badge would look a bit crazy.