After the nasty incidents before the Poland-Russia match at Euro 2012, you'd have hoped that nothing happened during the match to inflame the fans' collective tensions. We've already had seven injuries and a half-century of arrests over the fighting before the match, so it'd have been nice if the Russian fans could have avoided anything provocative. 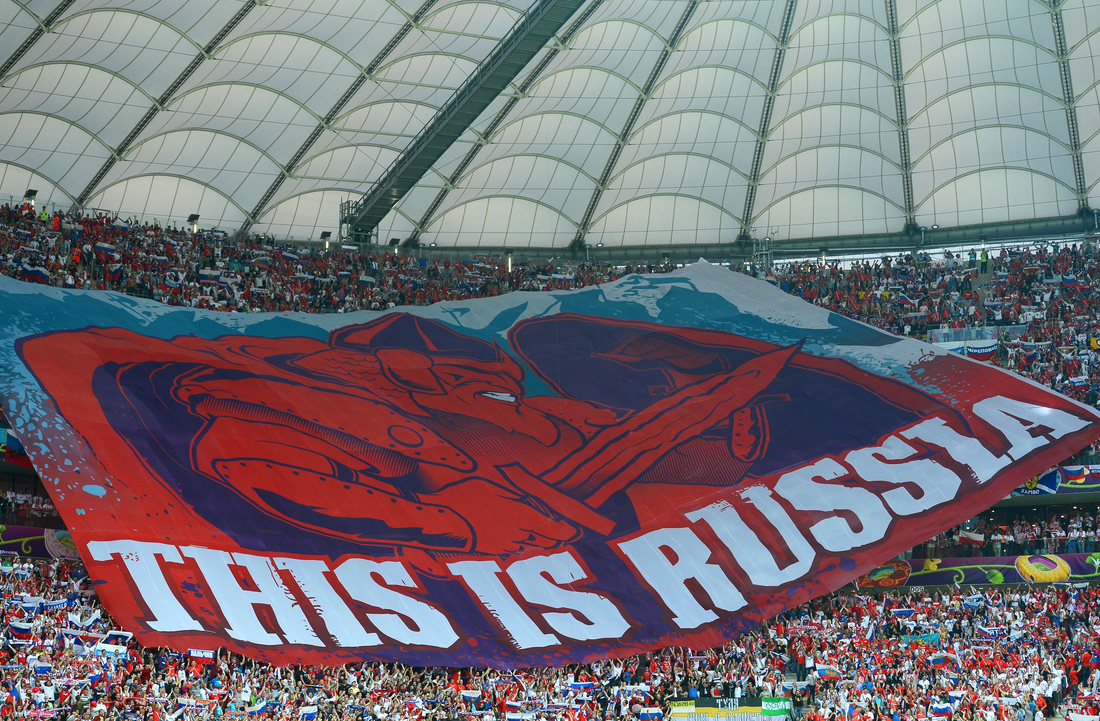 Don't get me wrong, that's impressive tifo, and in a different context it'd be really rather fun. But considering everything that's going on today and the hundreds of years of history between the two countries, this seems to be going beyond friendly, sporting rivalry and into distinctly dangerous territory. There's been a lot of hatred on display today, and I can't imagine unfurling a gigantic 'THIS IS RUSSIA' banner in Warsaw will make things any better.