Update: Manchester United is now aware that all Asians do not look alike and have a photo of Kagawa accompanying his profile.

Manchester United signed Park Ji-Sung from Borussia Dortmund to add to their stable of attacking talent. Or was that Shinji Kagawa? The club's website isn't entirely sure. They seem to think that all Asians look alike, putting the Korean Park's photo in the profile for the Japanese Kagawa. Apparently Asia is one giant continent of the same person, according to United. 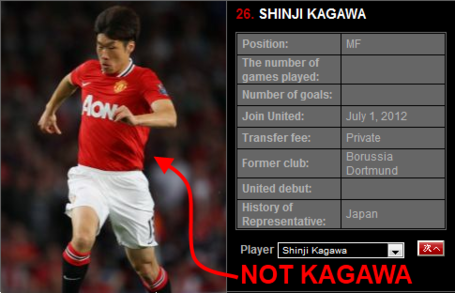 After careful examination we can confirm that Kagawa is not the same person as Park. Science. We will have the results sent to Old Trafford immediately.