Call it the age of the geek or whatever, but know this -- nerds rule the world. And that's a good thing. The super smart and capable among us finally get to run things, or at least constantly remind the rest of us that they are smarter than us. That's what hack HodLuM did, hacking Robin van Persie official site just to let us know that he could and leaving this message for anyone who tried to visit the Dutch striker's site. 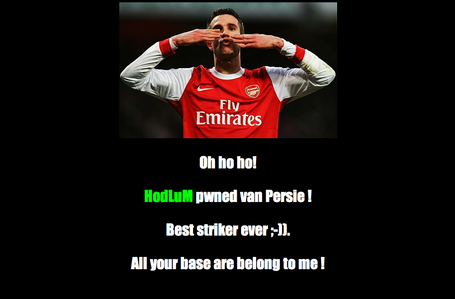 Pwned (or other internet lingo)! HodLuM seems to be a van Persie fan, but is it because he is an Arsenal fan? If so, what does he have in store if the striker is sold this summer? It will be awesome, or scary, or both.

Yeah, you'll think twice before you pick the nerd last next time you play pickup, won't you?