Luis Tejada's goal in the 84th minute appeared to have Panama into fourth place but two late US goals left Panama out in the cold.

Panama looked on their way to stealing fourth place away from Mexico and booking a spot in the playoff round against New Zealand. At least until the USA scored twice in stoppage time to break Panama's heart and end their hopes of playing in next summer's World Cup.

More from our team blogs: US Soccer blog Stars and Stripes FC

Panama took the game right to the United States early putting Brad Guzan and the defense under solid pressure. Despite a couple good early chances, they couldn't get a shot on target but a goal was coming.

Before that though, Jozy Altidore nearly put the US ahead in the 16th minute after using his strength to fight off a defender and make a great run in on Jaime Penedo. If not for an excellent recovery from a Panama defender to block Jozy's shot, it very well could have been a great start for the US.

Two minutes later Alberto Quintero found Marcos Sánchez at the top of the US box with a laser beam pass. Sánchez immediately found Gabriel Torres with a quick centering pass and the striker placed his shot past Brad Guzan to give Panama the 1-0 lead. Los Canaleros backed off on the attack in the second half, choosing instead to defend the lead and counter attack. It certainly invited more pressure from the US and increased the amount of possession the Americans were able to have. 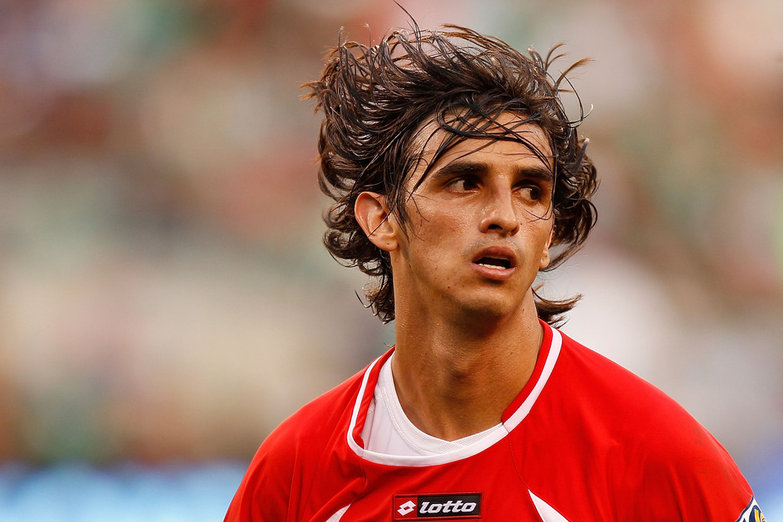 Heading into stoppage time across CONCACAF, it appeared that Mexico would miss out on the 2014 World Cup, but they got bailed out.

Still it was on the counter that Panama generated the first great chance of the second half when Quintero broke loose down the left wing and worked his way into the US box before dropping the ball back to a trailing Blas Pérez. The big striker's shot looked sure to double the lead but Brad Guzan made a miraculous diving stop, preventing the score and keeping the US within a goal.

Allowing the US to camp out in your attacking third is never a good plan and sure enough in the 64th minute, the Americans found an equalizer. Brad Davis lifted a high, in-swinging corner kick right into the middle of the Panama area where it was either kicked in by Michael Orozco or deflected off the head of Carlos Rodríguez. Either way, the ball found its way past Jaime Penedo, evening the match at 1-1.

With time running out and Costa Rica winning, Panama needed a goal to shock the world and advance to the playoff round over El Tri. In the 84th minute an initial shot was blocked by Guzan; Luis Tejada pounced on the loose ball near the penalty spot and fired Panama into the lead 2-1.

With the match in stoppage time the US stormed back as Graham Zusi and Aron Johansson scored a minute apart to turn a sure loss into a 3-2 victory for the Americans that eliminated Panama and saved Mexico.

• Bitter and Blue: Looking at strength of schedule in the Premier League

• Promotion/Relegation: Caleb Porter is king of the Rose City

• Ghana on the verge of qualification after thrashing Egypt