Whether you watched it all live or missed it completely, soak in the craziest night in CONCACAF history.

Share All sharing options for: Heartbreak and heroes in Panama: How the USMNT kept Mexico's World Cup hopes alive

At 9:30 p.m. Eastern time on Tuesday, the final three matches in World Cup qualifying for the CONCACAF region kicked off. Fans of Mexico knew their team only needed a point to secure a playoff spot and that a win, combined with a Honduras loss and an extra goal in their favor in either match, could launch them up to third. Fans of Panama knew they had to beat the United States and hope Costa Rica could defeat Mexico.

Two hours later, Mexico fans were waving the Stars and Stripes, thanking the United States for saving their World Cup dreams. Panama were crushed and left wondering what had just happened.

This is the story of how it all went down.

In Kingston, Jamaica at the National Stadium, Honduras scored two goals in a one-minute span. The only problem was that while Carlo Costly's opener gave them a 1-0 lead, Jorge Claros' own goal less than a minute later pulled Jamaica right back even.

In Panama City, Gabriel Torres finished off a nice build-up, beating Brad Guzan to put his side up 1-0. Mexico fans began to sweat. A year ago, this scenario would have been unthinkable. Then 'Chepo' de la Torre happened.

Costa Rica captain Bryan Ruiz headed the ball to himself inside the 12-yard box before beating Mexico goalkeeper Guillermo Ochoa with a left-footed shot. With the Ticos leading 1-0, Mexico fans went into full-on panic mode. They knew that Panama was winning. For the moment, El Tri were in fifth place and on course to be eliminated from World Cup contention outright:

I can't even tweet. I'm done for the night.

You can probably guess that he was not actually done for the night.

Mexico fans weren't exactly coping with the situation well even before Ruiz's goal. A few minutes prior, Javier Hernandez missed a tap-in. Reactions were predictable:

El Tri responded quickly and equalized four minutes after Costa Rica had taken the lead. Javier Hernandez's initial effort was stopped with a fingertip save by Ticos keeper Keylor Navas, but Oribe Peralta was right there to pounce on the rebound and make it 1-1. 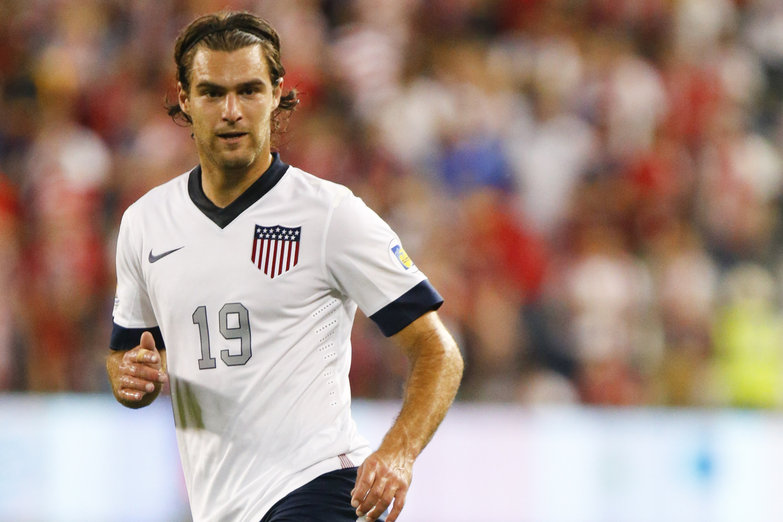 Back in Jamaica, Maynor Figueroa's 32nd minute goal put Honduras back in the lead. More importantly, it put them in the driver's seat, a full seven points clear of Mexico.

Halftime in all three games. With 45 minutes left to play, Mexico were back in fourth place while Panama remained in fifth place.

Jamaica's Rodolph Austin pulled the Reggae Boyz even at 2-2 thanks to a penalty. Honduras were still in front of Mexico, but a Jamaica goal (or two) combined with an El Tri comeback would have proven disastrous for Los Catrachos. That Jamaica goal never came and Honduras sailed into third place without incident.

In Costa Rica, the Ticos surged back in front of Mexico when Álvaro Saborio was left wide open right in front of El Tri's goal. The Real Salt Lake striker connected with Christian Gamboa's cross and blasted a header past Ochoa to make it 2-1:

Before Mexico fans could even begin to contemplate what the goal meant, the United States struck in Panama. Defender Michael Orozco, who had scored the lone goal in the USA's first-ever win in Azteca stadium back in August of 2012, connected with a Brad Davis corner, placing the ball through traffic and past goalkeeper Jaime Penedo to make it 1-1.

In a matter of seconds, Mexico and Panama had switched places in the table, then switched again:

With six minutes left to play in Panama, Luis Tejada got in front of Kyle Beckerman and launched a shot off Brad Guzan's glove into the back of the net. The goal set off a thunderous celebration at the Estadio Rommel Fernández as Panamanian players formed a pile just off the pitch while the fans went nuts in the stands. Mexico were still losing against Costa Rica, and they knew if their side could just hold on a little longer, they'd be facing New Zealand in the playoff round:

As the news spread to Mexico fans of the goal, the stunning realization began to set in that their beloved El Tri was only minutes away from completely missing out on the World Cup:

7 minutes left and less than hope.

Mexico threw bodies forward in search of an equalizer. They never came close to scoring it, but they didn't know whether or not they needed one until after the final whistle blew in their game.

The last minute of play in Panama will likely go down as one of the most dramatic and amazing moments in CONCACAF history. Nearly two minutes into stoppage time, U.S. midfielder Graham Zusi out-jumped Luis Henriquez, sending a header from eight yards out past Penedo that brought the Americans back even at 2-2. Estadio Rommel Fernández went silent:

So dazed and punch-drunk was Panama that less than a minute later, Aron Johansson beat Penedo from 20 yards out to complete the comeback and give the United States a 3-2 lead. You probably could have heard a pin drop in the stadium, and as the final whistle blew, Panama players dropped to the ground in shock. Many were in tears as they walked off the pitch.

300 miles or so northwest in San Jose, Costa Rica, the Mexican National Team learned of the comeback and realized their World Cup dreams were still alive, resurrected by the most unlikely of saviors. They didn't celebrate. They knew they hadn't earned anything.

Bring down the Angel and put up a Graham Zusi statue.

The newspapers all had the same message.

Headlines in Mexico this morning say it all. Yep, #YoureWelcomeMexico. pic.twitter.com/6vdju6HNSo

And America recognized Mexico's admiration for their magisterial footballing prowess before saying goodnight:

Thanks for following tonight, #USMNT fans! We'll leave you with this: pic.twitter.com/gkICeI6h2M

• Beating New Zealand is no gimme for Mexico

• Roy Hodgson is not England’s savior