Tottenham's laborious possession against Everton illustrated their lack of penetration.

Share All sharing options for: Why can't Tottenham Hotspur score?

Andre Villas-Boas's reputation as a progressive, attacking coach belies Tottenham's lack of creativity and clinical instinct this season, and it is of great concern that this is a trend that spreads across the duration of 2013.

It is cheap and lazy to pin an underwhelming return of nine goals in ten league matches upon the departure of Gareth Bale to Real Madrid but nor can you understate the importance of the Welshman's goals. His timely interventions of spectacular long-range strikes were often the catalyst for Spurs victories that would otherwise have been dour draws, their lack of incisiveness in open play disguised by Bale's phenomenal shooting. So often Tottenham games in the latter half of last season were dominated by waves of predictable, unambitious passing across the pitch before Bale would take matters into his own hands. It often felt like Tottenham's entire game-plan was geared around Bale's long-range strikes and the rich vein of form the winger he enjoyed propelled him to a summer move to Real Madrid.

Tottenham could take comfort in the size of the fee he commanded and immediately set about reinvesting it not in individuals but the squad as a whole. The recruitment was impressive and the amount of player change can partly be attributable to the early season troubles with scoring in open play.

More broadly, though, the issues with goalscoring fall firmly on Villas-Boas questionable selections. The shape and style of his side is obvious - whether it is 4-3-3, or 4-2-3-1, Tottenham work the ball from the back of midfield wide and rely heavily on creative inspiration from those in wide positions, just as they did with Bale. That is not a fault in itself but in Bale's absence it is here that everything is falling to pieces. Sunday's game against Everton was an excellent illustration, with Aaron Lennon and Andros Townsend fielded to either side of Lewis Holtby. 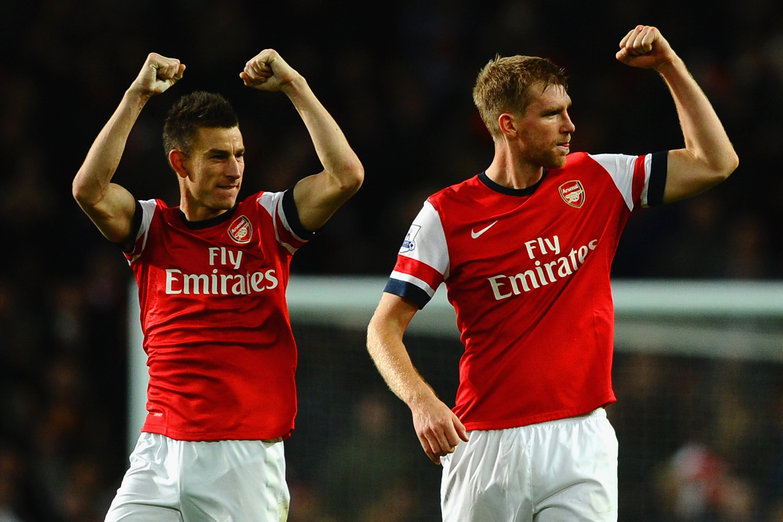 Teams don't top the table in November unless they're really good.

So often Tottenham played through Everton's initial pressure and had Sandro and Paulinho facing the play in the midfield zone, who inevitably knocked the ball sideways to the obvious outlets in wide positions. Townsend can dart down the inside and outside of his man but rarely did either to Leighton Baines, his indecisiveness in possession reciprocated on the opposite side by a particularly ineffective Lennon.

The Englishman's one-footedness has long been obvious but he is not a particularly proficient goal scorer either and his movement inside was remarkably predictable. Even the chance he created for Soldado midway through the first half was remarkable in that he spurned the initial opportunity to put a low cross across the face of goal presumably because it would have to been done on his weaker left foot.

It summed up Tottenham's slow decision-making. They enjoyed plenty of possession but it so often felt laborious, and is the most pertinent issue relating to their lack of goals. The only directness offered by any player was from left-back Jan Vertonghen, who was often the recipient of right to left diagonals before driving forward from deep positions on the ball to offer an additional attacking threat. It is foolish though to expect a left-back to be a consistent source of creativity and beyond the penalty shout and an incident which earned James McCarthy a yellow card Vertonghen's influence was restricted by the inherently defensive nature of his position.

Tottenham are not the sum of their parts.

Tottenham are not the sum of their parts. They are not cautious but there is a frustrating restraint to the player's decision-making. It is a shame because Paulinho is making driving runs from deep and Roberto Soldado is finding room when dropping off the shoulder of opposition centre-backs but so often the movement is not complemented by the ideal pass. Villas-Boas is still looking for the right combination, but these issues were just as obvious in last week's fortunate 1-0 win at Hull and it is inexplicable how the manager cannot identify problems that obvious on paper alone.

Bale's individual quality has been fairly replaced by squad players who together should match the Welshman's influence but the challenge for Villas-Boas is to reformat his side towards more cohesive, integrated attacking movements, rather than relying on disparate, sporadic invention from his creative players.