Juventus and Galatasaray squared off on the final matchday of the Champions League knowing that one would be going to the Round of the 16 and the other to the Europa League. Who won?

The match started in the freezing cold, which was later accompanied by hail, forcing the referee to call a halt to the proceedings. He suspended abandoned the match.

There are a handful of reasons he may have done so: 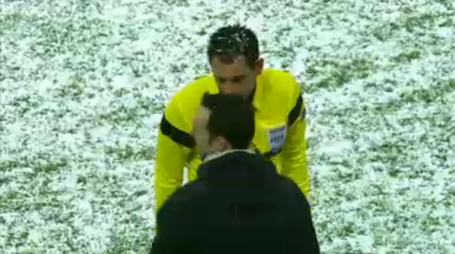 2. The lines on the pitch were no longer visible. 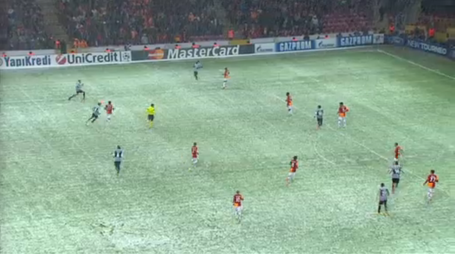 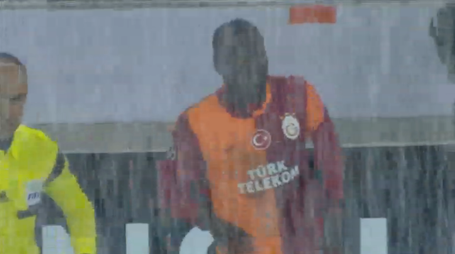 4. It was really freaking cold. 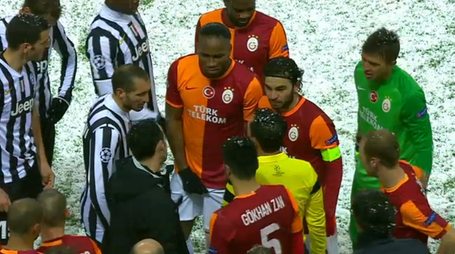 Update: The match has been abandoned

Match will be replayed tomorrow, no word on the kick off time or on what minute the game will be played from. #GalaJuve

UEFA Champions League 2013: Arsenal, Dortmund progress in down to the wire race