adidas brazuca review: a masterpiece that has learned from its past

Share All sharing options for: adidas brazuca review: a masterpiece that has learned from its past

Four years ago, adidas unveiled the Jabulani, the official ball of the 2010 World Cup in South Africa. It was not well received by the world's best players due to the way it moved both on the ground and in the air. The Jabulani's innovations, namely its eight 3D-molded, thermally bonded panels with a" Grip'n Groove" texture, were celebrated as an engineering achievement but its play was widely panned. Four years on, adidas has unveiled Jabulani's successor in the brazuca ball and, unlike its predecessor, the new World Cup ball truly is world class.

brazuca features a number of innovations and lessons that both learned and borrowed from the Jabulani, Tango 12, and Champions League balls. The panels are just one example of this. As the trend has gone in recent years, the number of panels has decreased (now at just six) but gone are multiple shapes to make them all fit. In their place are six identical, interlocking, propeller-shaped panels that create multiple defined seams for airflow while maintaining the ball's roundness. The ball is the most tested ever, having been in development for more than three years, and it really shows. 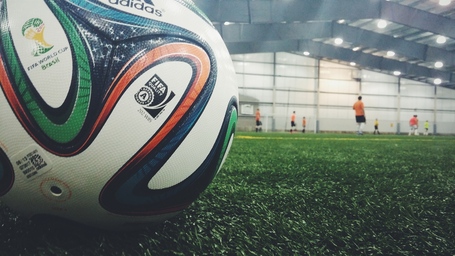 With the weather in Western New York being how it is (read: cold, miserable, windy, frozen ground, etc), I was provided with the opportunity to test brazuca in two very different environments in the two weeks since it was officially unveiled. In the winter months, soccer here generally moves indoors to large facilities with turf fields and that is where I first tested the ball.

In general, brazuca is brilliant. Touch is soft yet responsive. You know when you really get a hold of the ball with your foot and the way it feels is fantastic. In still air, the ball flies true and doesn't knuckle anywhere near the Tim Wakefield-esque extremes that its predecessor managed. When hit along the ground, especially on an artificial surface, the ball goes with pace (and that may be an understatement). The ball feels light to the touch and goes like it weighs almost nothing but it obviously falls within FIFA's standards.

brazuca is, by the nature of the materials used in the ball, very grippy. It sticks to your foot in the best way possible and every little touch is easily measured. That grip allows for that extra fraction of contact time on the ball and it feels like it is that much easier to bend the ball just that little bit more. That grip also extends in to the hands, specifically those of the goalkeeper. Holding onto the ball (especially when it comes in with pace) when wearing a higher-end pair of gloves is easily done. 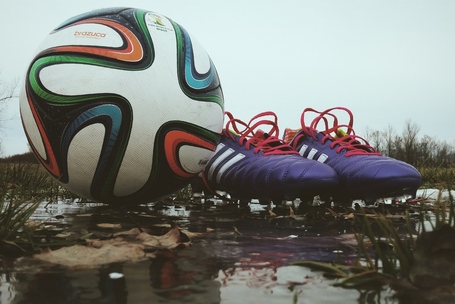 In colder conditions, it was a little bit of a different story. I took brazuca for a run out in 26°F (-3°C) weather. The ground was frozen and it was generally awful outside. brazuca still felt like an absolute treat to hit and run with in the cold but that grip that it provided in warmer, dryer conditions seemed to disappear. The ball, connected to a pair of adidas 11pro boots on my feet, was slick at best. It was, in truth, a one-man recreation of the MLS Cup final between Sporting Kansas City and Real Salt Lake.

Despite that one (freezing cold) setback, you should know that brazuca is nothing short of incredible. It feels lightweight and moves very quickly but the touch is, in a word, sublime. brazuca's flight is straight with minimal knuckle (when hit dead-on with little-to-no spin) and it will stick to the goalkeeper's gloves without issue. It seems that adidas have not only learned a number of lessons in the last four years but have also put them to good use in brazuca's design and engineering. The official match ball for the 2014 World Cup is simply superb.