One of the most popular and celebrated boot silos in the history of the sport has received a big update. That's right, Nike has unveiled the Nike Tiempo V, the latest in the line of a nearly 20-year-old series of player favorites. The aim of the latest version is to provide "the lightest touch" through classic materials coupled with new innovations. 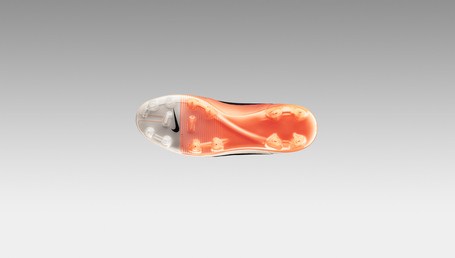 The Tiempo V sees a number of changes over its predecessor, the Tiempo IV. The materials are brand new but build on a tradition started 20 years ago with the original Tiempo. The latest iteration is built upon the Nike Hypervenom's last in a bid to bring the foot closer to the upper to provide that second skin feel.

The upper itself is new too. One think that Nike strived for with the Tiempo V was to remove the issue of water absorption in wet conditions that makes the boot both heavy and uncomfortable. They say that they have achieved this using a combination of two layers in the new upper, both of which are thin. The first layer is K-Leather, a staple of the Tiempo series, and the second is something that Nike call Hypershield. 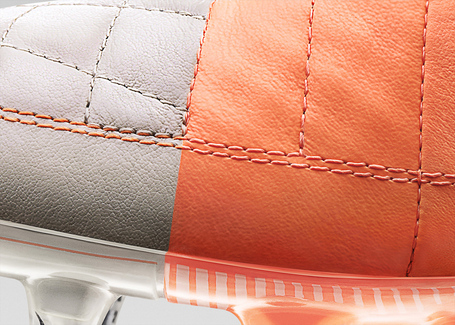 According to Nike, the new HyperShield layer "blocks moisture for a snug fit that lasts, allowing for a consistent touch regardless of weather. This second layer of hydrophobic mesh ensures that the boot dries quickly and absorbs less water than previous leather boots. The result is a boot that delivers confidence under any playing environment."

The upper comes equipped with Nike's excellent All Conditions Control coating to improve grip on the ball in less than optimal conditions.

The Tiempo V also features a redesigned soleplate that Nike say flexes with the foot to provide a more comfortable fit and improved traction and stability. The studs are wider than those in previous generations with a bladed designed occupying the back.

The launch colorway is a stunning Desert Sand / Atomic Orange / Black look with a sleek, light upper and deep, black accents. The outsole is mostly orange and that sharp color wraps around to the insole and is carried onto the laces and into the insole. 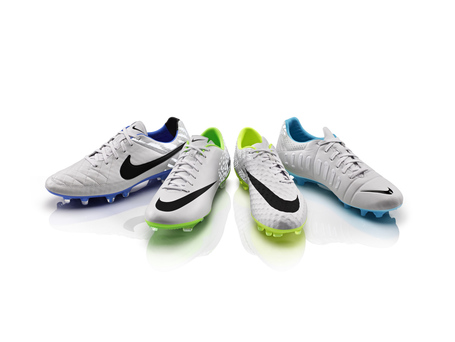 In addition to the new Tiempo V, Nike have also unveiled the Flash Pack of boots. This collection takes a very similar approach to what adidas did with the Enlightened pack but flips the script by putting everything on a white background. Each of Nike's four boot silos features silver reflective designs that are inspired by the boots themselves.

Nike's descriptions of the individual designs, per a press release, are as follows:

The Hypervenom's reflective area is reptilian-inspired, while the Mercurial's leopard-like print pays homage to the boot's speed heritage. The Tiempo's lion-esque leadership qualities are apparent in it's own reflective print, while the CTR360 takes its print inspiration from various birds of prey.

The sock liners feature skeletal graphics of the respective animal inspiration with a color cue to identify each silo even more distinctly.