Luis Suarez sensational, but short on help in loss at Manchester City

Liverpool proved Manchester City can be undone at the Etihad, but the Citizens still came out on top. Why?

Share All sharing options for: Luis Suarez sensational, but short on help in loss at Manchester City

Days after Chelsea and Arsenal bored in their much-hyped clash, Manchester City and Liverpool put on enough of a show for the four of them. The two sides played a thriller that pleased the neutrals and the Citizens, but not quite the Reds. Liverpool went to the Etihad and played toe-to-toe with City, something nobody except Bayern Munich has been able to do on the blue side of Manchester, but some issues in goal, and in front of the Citizens' goal did them in.

What did we see in the fantastic cap to a tremendous Boxing Day?

Luis Suarez a threat from deep

Liverpool have used Luis Suarez from deep before to great effect, especially against Tottenham Hotspur, and they did it again at the Etihad. With all of City's eyes on him, Suarez had to drop to collect the ball, which he did with pleasure. Once he received the ball, the back line stepped to him and that just opened up space for Coutinho and Raheem Sterling to run into.

With the ball at the Uruguayan's feet and free runners, City were in trouble and Liverpool made them pay time and time again. They only converted one of their chances, but they had a half dozen of them thanks to Suarez's ability to find space deep and the attention he received once he did.

Sergio Aguero may be Manchester City's best player, and an argument can be made for Yaya Toure, as well, but no player is as valuable to the Citizens as Vincent Kompany, and that was on display Thursday. He scored City's equalizer with a tremendous header that saw him get free from Martin Skrtel, who was as good as assaulting him, but he did much more than just net his side's first goal. He was immense at the back, making several great tackles to stop would-be Liverpool attacks, dominating in the air to starve the Reds of any direct attack and stepping forward to win the ball back before the visitors could get going on several occasions.

Two years ago, Kompany was easily one of the world's best defenders and, not coincidentally, City won the league. Last season, the Belgian slipped and, while he was still good, was not the dominant defender that we got used to seeing. This season, his form is ticking back up and and proving he is not just as good as Aguero and Yaya, but more important to City than them both. 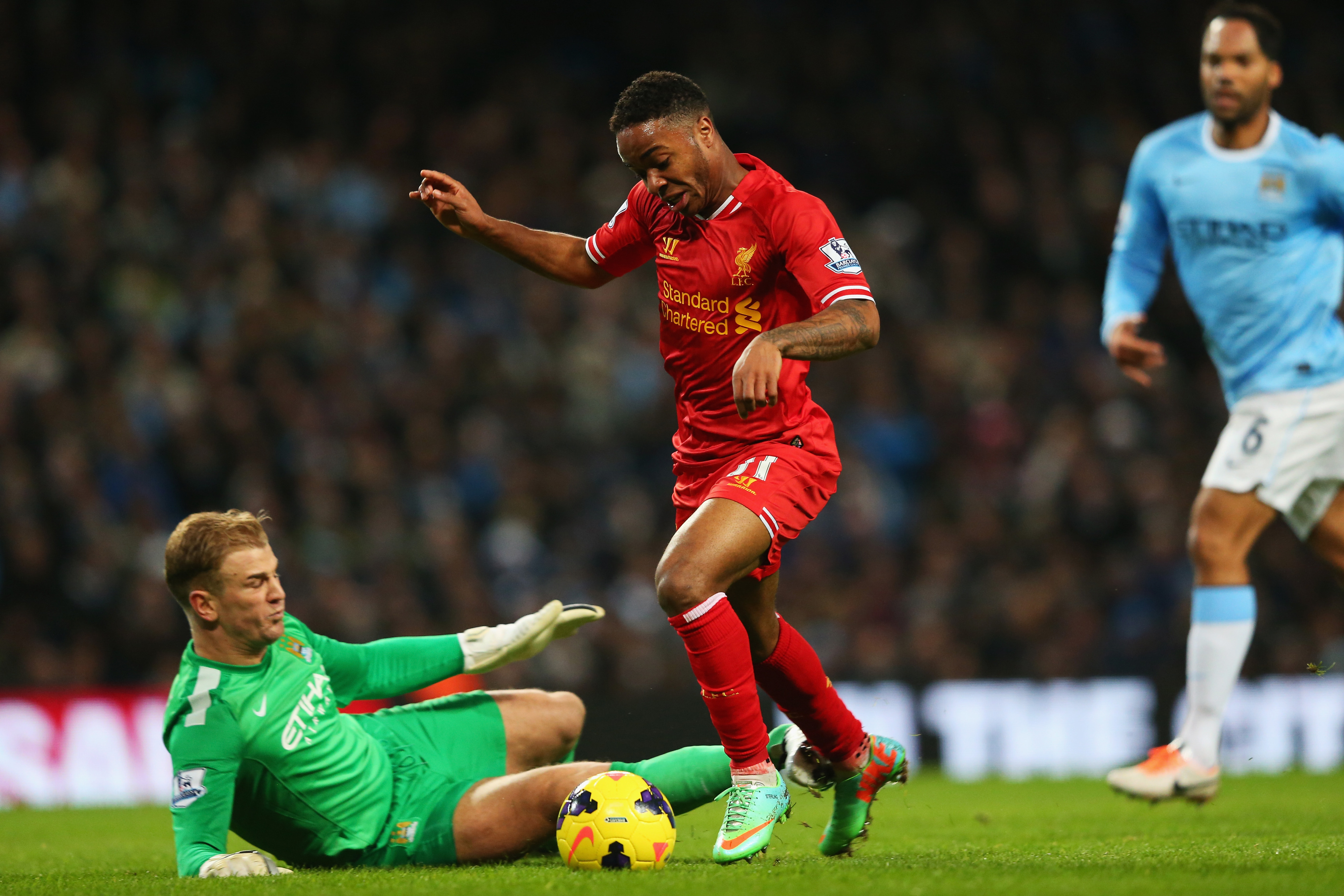 Simon Mignolet's shoddy goalkeeping allowed City to score the winner, but the match was decided on the other end, where Suarez was begging for some sort of help. Especially in the second half when City dropped Yaya Toure and Fernandinho deeper to help on the Uruguayan, the Liverpool star was relegated to being playmaker, and he was sensational at it. He created most of Liverpool's chances with some sublime movement and passing, but time and time again, his teammates let his brilliance go to waste.

Between Coutinho and Sterling, Suarez had at least four great passes wasted by poor finishing and when he finally got free to shoot himself, Jordan Henderson blocked it from an offside position. As remarkable as Suarez is, he needs some help, and because he didn't get it at the Etihad, Liverpool walked away without a single point. Daniel Sturridge can't get fit soon enough for Brendan Rodgers' team.

Liverpool covered for their fullbacks

It was clear from the very start that City would target the Liverpool fullbacks and for good reason. They were able to beat them almost at will, especially Aly Cissokho, but it didn't turn into much because of the spectacular cover provided by the Liverpool midfield.

Lucas Leiva in particular showed remarkable range to cover for the fullbacks and was able to keep City's dominance on the wings from turning into anything too dangerous. Credit also goes to Jordan Henderson and Joe Allen, who recognized when Lucas had to cover and dropped deeper to fill the void left in front of the defense in the 4-1-4-1 that the Reds defended in for much of the match.

Alvaro Negredo has never been so good

Once again, Alvaro Negredo scored at home, making it goals in nine straight matches at the Etihad for the Spaniard, but it isn't simply his goal scoring that has him in the best form of his career. He's a much more complete player than he has ever been, especially with the ball at his feet. He gave Liverpool fits on the dribble, something that was not a part of his game at Sevilla, where he was already an excellent striker.

Exactly what is responsible for Negredo's jump is unclear. He's not playing in a new role or against easier competition. Chalk it up to the freedom to use his physicality in England or the influence of Manuel Pellgrini, but whatever it is, Negredo is better than he's ever been, much to City's delight.